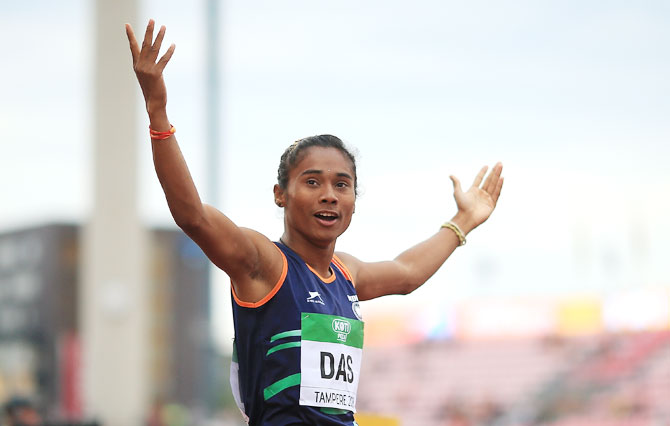 Last Updated on 1 year ago 5 min readSports viewership in India has been, for ages, been dominated by the monopoly of cricket. Since Kapil’s Devils lifted the ICC World Cup in 1983, the fandom for the game spread like wildfire further driving the fandom to achieve more. Growing up in India,  we have seen how the middle-class families like ours still purchase new television sets to mark the beginning of a cricket world cup.  Today, with plenty of cricketing action all year round and easily accessible Internet streaming, the viewership of the gentleman’s game has skyrocketed.

However, the major takeaway today is not cricket, but the “sidelined sports” in India, which has seen a flux contributing to its significant development. Though cricket still holds the major chunk of viewership percentage, other games have also gathered sizeable interest over the past few years, and it is only riding the upward curve.

Establishment of new leagues in football, hockey, kabaddi and badminton, among others are changing the face of Indian sports: lesser known sportspersons are getting a global stage to showcase their talent. These sports are experiencing growth in viewership, participation that was once experienced by cricket.

Besides, the Indian government turned its attention to develop the sports sector as a strategy to spur employment, generate additional revenue, and attract foreign investment into the nation, apart from nurturing sports talent to bring in laurels for the country.

Take, for example, Khelo India Youth Games programme that started in 2018, for which it set aside a whopping budget of Rs 1,756 crore.

The year that was

Circa 2018 was a landmark year for Indian sports in many ways. From the Commonwealth Games, Asian Games, the Intercontinental Cup to the Hockey World Cup, many new faces emerged to attain glory and left their mark straight into the hearts of fans.

Two of the most significant instances were, of course, how the way fans came out in support of the India football team following captain Sunil Chettri‘s emotional plea and Hima Das’ historic gold medal finish in a track event at the IAAF World Under-20 Athletics Championships. Chettri’s appeal worked wonders which was followed by India’s 3-0 win over Kenya at the Intercontinental Cup generating a viewership much higher than any other sports program for the week. The video of Hima Das touching the finish line sparked unbridled emotion, gave us goosebumps and trended all over social media pages. According to reports of Broadcast Audience Research Council (BARC), sports viewership on TV in India soared to 46 billion impressions in 2018, which was an increase of 7% from the impressions recorded in 2017. While the Indian Premier League remained the most viewed sporting league in the country, surprisingly, the Pro Kabaddi League grew to be the second most watched sport in India.

Vivo Pro Kabaddi League: Between 2016 and 2017, India’s pioneer league of Kabaddi saw a steep rise in its TV viewership by almost 100 million. In 2018, the Pro Kabaddi League managed to attract more Indian viewers than the FIFA World Cup, one of the world’s most watched sporting events in the world. In December, the sport indicated its growing popularity after three PKL games enjoyed higher TV ratings than the Indian cricket team’s recent historical Test match win against Australia. The PKL clocked 237.2 million impressions in the first 24 matches across nine channels where it is telecast live.

With the Pro Volleyball League getting structure, the discussion on th importance of franchise based leagues and their role in popularising a sport is once again relevant.

Below is a comparison of viewers of India's top sports leagues. pic.twitter.com/8J6pqva2H6

Hero Indian Super League: The Indian Super League thrives among the order which is predominated by the heavyweight European football leagues and the legendary players associated with them.  With the target of taking Indian football to the next level, ISL began creating a local fan-base across the nation. The combined efforts of IMG, Reliance Industries, and Star Sports gave rise to the league. According to the BARC’s data, ISL has attracted 127.7 million viewership in 2018-19 season, which has been propelled by regional feeds of Malayalam and Bengali along with the Hindi feed. The viewership is further expected to spur with more teams being introduced in future.

Pro Wrestling League: Pro Wrestling League has seen a burgeoning success in India that has generated an improved viewership rating in the past few years. The third edition of the league in 2018 proved to be a hit among the younger viewers while attracting audiences of all age groups.  Top wrestlers from 17 countries participated in the league which garnered around 109 million viewership according to BARC, a majority of which was drawn from North India.

18th Asian Games: The Jakarta Asian Games in 2018 garnered a viewership of 11.2 crore people in India. The 14-day long tournament received approximately 80 lakh views each day, compared to 26 lakh views during the 2014 Games in Incheon. According to BARC, it surpassed the viewership of FIFA World Cup and the Wimbledon Championship. India bagged 19 medals in athletics, 2 in Badminton and 3 in Wrestling during the event.

Still, a long way to go

Though large scale budget, private ownership and celebrity endorsement have been able to create the buzz around these marquee sports leagues in India, there’s still a void remains in the several parts of the sport.

I-League: The pioneer league of Indian football though has drawn millions of fans in the stadium, it is no match to ISL when it comes to television viewership despite being mentioned on papers as the top tier of Indian football. Star Sports is not “contractually obligated” to telecast all the games. Also, the All India Football Federation does not have the final say in the telecast of matches. Star Sports announced it would broadcast only 80 of the 110 I-League games this season. In 2018-19, the I-League attracted 17.4 million viewers for the first 46 matches, while the ISL viewership was more than seven times higher. The precise reasons for such disparity are that ISL timings and broadcast quality are better with more money involved. Although the I-League has done considerably well in increasing the football footprint in India — from Kashmir, North East, and from the south, it is still plagued with lack of good sponsors and media attention.

Women in sports: Another important factor that can significantly change India’s sporting dynamics is its emphasis on women sports. Indian women contingents have made significant headways in sports like cricket and hockey, among others. However, firebrands like Mithali Raj or Rani Rampal lack the unbridled fandom enjoyed by a Virat Kohli or Manpreet Singh. Anything other than news about women’s world cup finals is still primarily relegated to the margins of major newspapers. India, today, is becoming a country where people are actually watching sports other than cricket. Slowly but steadily, fans are moving towards sports for a pure and unadulterated brand of entertainment. The thrilling and edge-of-the-seat experience that sports provide is quite unparalleled.

Many statistics now imply that in the coming decades, sports will come at par with entertainment, if not superseding it.

Even parents are now considering sports as a viable career option for their children. Digital consumption has also been instrumental in driving fan engagement in new age sports properties.

Sports properties are connecting with their audiences online and engaging them with all the latest information on sports that have been sidelined for ages.

Many statistics now imply that in the coming decades, sports will come at par with entertainment, if not superseding it.

Share
Facebook
Twitter
WhatsApp
Email
Previous articleBoxing: 60 women boxers to be part of National Camp
Next articleVikram Malhotra: The ‘rum’ that keeps getting better with time

The Bridge Desk - January 17, 2020
Indian badminton fans will look forward to witnessing a series of high-adrenaline clashes as the much-awaited fifth season of Premier Badminton League (PBL) is slated to kick off on January 20. The 21-day badminton extravaganza is expected to draw sweeping attention as...
Read more