Home Athletics EXCLUSIVE: We only talk about medals, not the journey to reach there...
AthleticsFeatured

EXCLUSIVE: We only talk about medals, not the journey to reach there — Adille Sumariwalla

The President of Athletics Federation of India (AFI) Adille Sumariwalla is on a mission to take Athletics to a new height in the country. A sport that has seen new hopes in India with athletes like Hima Das, Dutee Chand, Neeraj Chopra, Jinson Johnson making headlines on several occasions in the last few years is making steady progress.

The World Athletics Championship 2019 which took place in Doha, Qatar saw some flashes of brilliance by the Indian athletes. Though a podium finish in the finals still keeps the country eluded, the 2019 edition in Doha was one of better performances for Indian athletes, especially in comparison 2017 at London 2017.

India had three finalists – in mixed 4x400m relay, men’s 3000m steeplechase and women’s javelin throw. The mixed 4x400m relay team and steeplechaser Avinash Sable qualified for Tokyo Olympics. While the relay team performed well despite Hima Das’ absence, Sable’s qualification came as a pleasant surprise. He went on to break his own national record twice. Annu Rani displayed a credible show in javelin throw where she finished eighth in the final. She became the first Indian woman to qualify for javelin throw finals.

In a conversation with The Bridge, Mr. Sumariwalla said that more than a medal, our athletes need to be consistent and doing their best.

With almost eight months to go for the Tokyo 2020 Olympics, there are hopes of several other Indians joining the contingent as qualified athletes for the quadrennial event and the preparations have been in place believes Mr. Sumariwalla.

“National camps are being held at a lot of places and players are preparing to deliver to their full potential. Sometimes it doesn’t go well, and sometimes things go better than expected. Every arrangement from the training of our top athletes, to working on the recovery of athletes are going as per the plans. Hope our athletes can deliver on their D Day.”

Athletics being encompassing plenty of sporting events across wide categories has always been subjected to age-fudging and proxy participation conundrum. In July a new proposal was put forward at the annual general meeting of the AFI in which it was decided upon suspending the secretary of any state federation which has two or more athletes overage athletes in a year. This measure, along with medical tests and biometrics identification, have been brought into place.

Mr. Sumariwalla explains, “Age manipulation happens either knowingly or unknowingly, particularly in the villages of India. Also, there is proxy participation. It is a large canvas and a serious problem and to counter that, we have taken this three-pronged measure investing a lot. These are three large steps we have taken. It costs us a lot of money. But we are going ahead.”

The AFI chief said India has to tackle the issue of doping. The problem is extensive all over the world but the responsibility is now on countries to not send tainted athletes to international meets and avoid disqualification. Having anti-doping measures set at the state level leads to filtering out such athletes. He highlights, “The second biggest issue plaguing athletics is doping. We are fighting a huge war against dope control. Today we are testing around 1,200 samples a year. We have urged the Government of India to push for state-level testing in meets, which has already been done in Kerala. Athletes often dope to reach a threshold where they can secure a government job. It’s another complex canvas. We are trying to catch them at every stage.”

Injury of athletes still remains one of the major concerns in athletics, where we have seen often the top players have been ruled out of tournaments. Mr. Sumariwalla believes athletics is a discipline where players are bound to get injured, and the federation is doing every possible thing to help the athletes. “We have foreign coaches, biomechanic experts, sports recovery experts who have worked with Olympics Gold medallist, we also have high-performance directors. Germany has three javelin throwers throwing more than 90m. We go berserk because of we have one thrower. I am helping my athletes as much as possible. We have given the injured the best facilities.”

Talking about how he plans to make athletics more popular and recognisable in the grassroots of the country, Mr. Sumariwalla, who himself was 100m runner and continued a golden run in 100 meters by winning the Nationals eleven consecutive times, concludes, “We plan to push our elite athletes and make sure they win medals at big competitions, like the Asian Games where the Indian contingent had won 14 gold medals, out of which Athletics had 9. We want to create champions. We have the largest grassroots programme in the world. We have Milo Inter-district programme. Each district has 100-200 athletes participating, and a total of 5 lakh athletes are taking part. If we have a sporting culture, more and more people will take part in athletics.”

Share
Facebook
Twitter
WhatsApp
Email
Linkedin
Previous articlePremier Badminton League auction: All you need to know
Next articleTo live with a disability is a victory in itself: Para-shooter Avani Lekhara 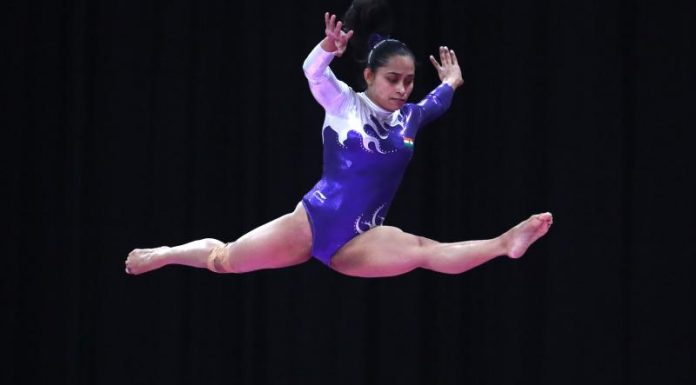