Indian volleyball, which hasn’t got much recognition in the country is picking up, thanks to the Pro Volleyball League and more recently, the success of the men’s U-23 team winning the silver medal at the Asian Volleyball Championship in Myanmar. After defeating Australia and Pakistan in the quarterfinals and semis, respectively, the team staged a terrific display of nerves in the final where they went down.

Volleyball, which had gained a good footing in India as a regional sport, had not made strides at a global level as it somehow was relegated as a sport in the periphery like several other non-cricketing sports in the country. However, the recent result at this Asian U-23 tournament bears the testament of India’s growing competence in the sport.

The Indian team played magnificently. @KirenRijiju congratulates the team on winning the silver and lauds them for making India proud with their great performance throughout the tournament. https://t.co/fBAONRtkiT

Though the popularity of the sport was mainly confined to the Southern states of Kerala, Karnataka and Tamil Nadu; today, one can successfully say volleyball has gained amplified popularity all over the country.

The sport has so far gone through a lot over the years — from getting embroiled in court cases to de-recognition by the sports ministry, the Volleyball Federation of India has also seen itself in a state of civil war.

Stability was restored in 2017 with the VFI getting recognised. However, the landmark moment for Indian volleyball came with the inception of the Pro Volleyball League (PVL) last year.

The PVL, which came as a brainchild of Baseline Ventures and the VFI, premiered in February this year with the agenda to give volleyball the limelight. Since the inception of IPL in 2008, more and more league models of sports have been initiated. The success has been not only limited in terms of athlete development, but these came as a major development of the respective sports.

PVL became a vital cog in professionalising the sport that the country’s kids grew up playing as a leisure sport. It was for the first time the Indian audience was offered the game with a glamourous coating. The six-franchise competition brought into the fore the players to cheer for, and the best thing in the offer were the legends of the game, with whom the Indian players tagged to script a new history in Indian volleyball. Playing alongside the US volleyball team icons like Carson Clark of the US, David Lee, Paul Lotman and sharing the same dressing room helped the fellow Indian players gaining much exposure to the top-notch technicalities of the game.

Stories of Indian players like Jerome Vinith, Ajith Lal, Mohan Ukkrapandian, Karthik A, Ranjit Singh, Saqlain Tariq gained nation-wide attention and Indians came to know about their promising talents in the sports. with the second season of the PVL being planned, players now have added zeal to stay in shape and strive to deliver better performances to stay in the contention of being picked up by one of the franchises.

The Indian men’s volleyball team got a significant boost after Serbia’s Dragan Mihailovic was appointed as the head coach of the national side. He has been able to bring a transformation in the team’s outlook who are in Bangalore since May preparing for the Asian Championships in September in Tehran. Not only the majority of the senior players have gained exposure in the PVL, out of the 12 players in the U-23 team in Myanmar, but ten players have also had exposure in the PVL. The quartet including the captain Amit Gulia, Muthusamy, Chirag, Sonu Jakhar are from BlackHawks Hyderabad; Ashwini Raj, Shikhar Singh belong from the PVL Season 1 champions Chennai Spartans.

Even the Chennai Spartans journey charted a spectacular journey for itself after finishing fourth at the Asian Club Volley Championships, where they reached the semi-final mark. Their journey at the tournament left an imprint of viewership reaching upto 60,000.

Pro Volleyball making its mark among other leagues

Indians love their volleyball and showed massive support to the game when an estimated 22 million from the country tuned in to watch the sport at the 2018 Asian games where they made it to the playoffs and even higher during the 2016 Rio Olympics when the figure reached some 54 million.

Such promising numbers paved a mark for the sports having its own league when PVL made its grand entry in February this year. Not only it gained a huge turn over to the stadiums in Kochi, but the viewership figures also bear the testament of its grand success.

The opening season of the PVL recorder a viewership 21 million across 33 countries of the world. The first seven matches garnered an average viewership of 2.9 million, further demonstrating the significant popularity that the league elicited over a short period of time. Over two million viewers tuned into the tournament every game.

One of the major takeaways from the league was how the opening season had higher viewership impression than several other major sporting leagues in the country during their first season, going past the vastly popular leagues like the Pro Kabaddi League, Pro Wrestling League, Premier Badminton League and even the Ultimate Table Tennis.

Even the volleyball fantasy games registered an involvement of 1,78,952 active players.

After tasting success with the inaugural season of PVL, the league owners and Volleyball Federation of India (VFI), have set a big target — to make PVL India’s second-biggest league.

While it had a short first season (21-days, 6-teams), the league will be adding two more franchises ahead of the second year, which is being planned around October-November this year.

With the keen interest in volleyball seeing a surge in the country and with the Indian volleyball team set to have a busy roster to play in the coming days, the stature of volleyball is destined to rise to newer heights and it holds plenty of promises for the future. 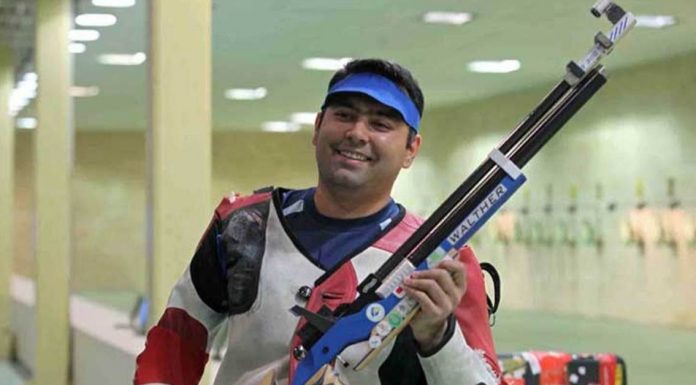 Press Trust of India - Modified date: May 29, 2020
Having achieved success in a sport which, in his words, is 98 percent mental, Olympic bronze-medallist shooter Gagan Narang on Friday emphasised on the need for a calm and composed mind to face the challenges posed by the COVID-19 pandemic. The London Games bronze medal...
Read more