The 2019 Asian Men’s Volleyball Championship is slated to kickstart from Friday in Tehran, Iran with India taking on Kazakhstan in their opening fixture in Group C. The tournament also doubles up as an Olympic qualifier with the top eight teams moving to the 2020 Men’s Asian Olympic Qualification Tournament.

After the U-23 team clinched a silver medal in the continental tournament, all eyes now shift to the senior team as they take on the likes of Kazakhstan, China, and Oman at the 2019 Asian Men’s Volleyball Championship. The top two teams in Group C will progress to the 2020 Men’s Asian Olympic Qualification Tournament to be held in January in China, where the winner will receive the golden ticket to Tokyo.

The 2019 Asian Men’s Volleyball Championship had two spots to offer for the Central Asian teams. Turkmenistan, India, and Sri Lanka were supposed to battle it out amongst themselves but with Turkeministan flouting the competition regulations and getting barred for the qualifiers, India and Sri Lanka got direct entry without the need of qualifiers.

Recently appointed Indian coach Dragan Mihailovic was initially worried about India’s fitness levels and tactical knowledge but with time, the Serbian has identified the solutions for India’s shortcomings.

India has been preparing itself for the Asian Men’s Volleyball Championship for the past two months. Having held a preparatory camp at SAI Bengaluru to shortlist the players, the team flew to Qatar to play friendlies against Asian heavyweights like Qatar, and China to prep up ahead of the much-important Asian Championships.

Placed in Group C, India has to finish either as group winners or runners-up to progress to the next round. And, giving competition to them alongside Kazakhstan will be Oman and China.

On paper, Oman and India are the weakest links, both ranked at 131. China is placed at the 20th spot whereas Kazakhstan is sitting in the 39th position. But, India will not go without a fight and coach Dragan Mihailovic is expecting the team to finish second and progress to the Olympic Qualification tournament in January.

After facing Kazakhstan on Friday, India will lock horns against China the day later before crossing swords with Oman on the final day. Mihailovic knows India isn’t in a position to pull an upset over the Asian heavyweights. China, being one of them, is expected to give India a hammering blow but the team will not go down without giving a fight.

Oman is a must-win game for India. With the advent of RuPay Pro Volleyball League, the Indian players have gained valuable experience by playing alongside foreigners and upped their skills considerably. The opening encounter against Kazakhstan will a the make-or-break tie. The Central Asian team won two sets against Asia’s second highest-ranked side Japan in the Asian Games before narrowly losing the tie in the final set. India vs Kazakhstan will be a good litmus test to track the growth of volleyball in India in recent years.

What next if India finishes as runners-up of Pool C or fails to do so?

In case India finishes runners-up in Pool C, the rest of the Asian Men’s Volleyball Championships don’t hold any significance in terms of Olympic Qualification. India will advance to Pool E where they are most likely to welcome the hosts Iran and Australia alongside China. Based on where they finish in the table, they will learn their quarter-final opponents and can participate in the main Olympic Qualifiers tournament to be held in China in January.

India still has an outside chance to participate in the main Olympic Qualifiers in China if they don’t finish inside the top-eight. Japan are placed in Pool B and if they finish inside the top two, which is the most likely case, they would not progress to the Olympic Qualifiers as they have already qualified for the Tokyo Games by being the hosts.

A spot will remain vacant and the team which finishes ninth place in the Asian Men’s Volleyball Championship will get the opportunity. India will move to Pool G, where they are most likely to welcome Qatar and neighbours Sri Lanka. They must finish inside the top two then and make it to the bracket of 9th-12th placed teams. Hence, finishing in the ninth spot can also guarantee India a shot at the Tokyo Olympics.

India has named a 14-member team for the upcoming Asian Championships. 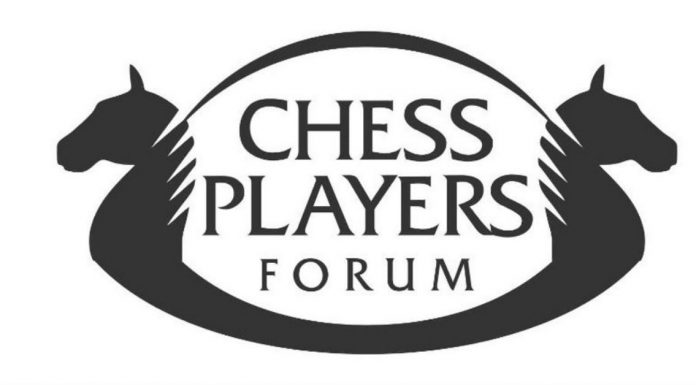 Press Trust of India - Modified date: March 27, 2020
The Forum aims to present the chess players’ voice to the governing bodies of the game as well as to the Government of India, and to liaise with them on various issues involving chess players.
Read more