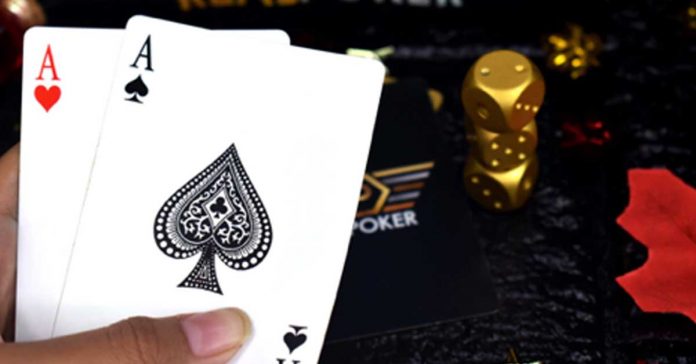 Card games have been around for thousands of years now. And as the human race progressed and passed through different stages (or ages), so also did the games. What was once primitive in nature and used simply to kill time, has now become more complex and is even used as a business tool.

Thanks to innovation, these games can be played online at any time and from anywhere in the world, provided you have access to the internet and a supported device.

One of the most popular card games you’d find in any casino is Poker. This game has been around for centuries and more or less ushered in the casino gambling era. Over the years, different variations of this game has been made to keep players interested.

In Asia, there is a card game that now goes head-to-head with poker in terms of popularity. This game is known as Teen Patti. These card games are quite similar and, therefore, beg the question “Which is more fun?” Well, that’s what we’re about to find out.

Teen Patti, also known as 3 Patti, Flush, or Flash, is an Indian gambling game that has become quite popular over the years. Although it is still quite unfamiliar to most western gamblers, avid Indian gamblers are slowly and steadily promoting it on international online casinos. It is only a matter of time before the game catches on and maybe, just maybe, becomes the new poker.

Teen Patti is very similar to the British game 3 Card Brag, so if you have played that (or western poker), you should know how to play Teen Patti. This game works best for a table of 4 to 7 players. An international 52 card-deck is used, with the cards ranked from high (ace) to low (two).

Before the game starts, all players have to agree on the value of the minimum stake and then place their stakes in the pot (usually at the center of the table). This sum of money will be given to the winner at the end of the game.

Once everyone has placed their stakes, the dealer will deal out the cards face down and one at a time until all the players have three cards. The objective of this game is to bet on the highest-ranking hand. This means that the player with the best three-card hand wins the game.

Poker: The Game, The Myth, The Legend

Poker is a collective term for strategic card games that involve players betting that the value of their hand is greater than that of the hands held by other players and/or the dealer. Players can either raise or match or fold the bet until the betting round ends. The player having the highest hand wins.

Poker combines skill, strategy, and of course, luck. It is no wonder why the game is crowned King of all card games on the planet. You can learn a lot from it, including how to bluff your opponents and read body language. Both of which are important skills in the business world.

There are different variants of poker, but the most popular one is Texas Hold ‘Em, which is what will be facing off Teen Patti. In Texas Hold ‘Em, the players are dealt two cards each.

The dealer then deals community cards which can be used by all players to form a good five-hand. The game has three betting stages namely: The Flop, The Turn, and The River. After the River bet, the players must reveal their hands. The highest-ranking hand wins. Press Trust of India - Modified date: June 5, 2020
The Human Resource Development (MHRD) and Sports Ministry have collaborated to produce a series of special films promoting 10 indigenous sports of India. The 'Department of School Education and Literacy' under MHRD has joined hands with sports ministry's flagship programme 'Fit India' under the 'Ek...
Read more