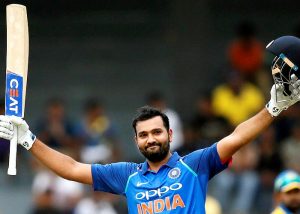 Finally in news is the first Indian cricketer ever who threw the ceremonial ‘first pitch’ during the baseball match in the United States of America. It is none other than the Mumbai Indians captain, Rohit Sharma.

The Mumbai Indians Captain did the honours of American Major League baseball (MLB) club Seattle Mariners during their home game versus Tampa Bay Rays at the Safeco Field around 1 am IST today. The throw-down is a part of a pre-game activity that is prevalent in baseball in the United States of America. It is a ritual where a guest of honour is invited to throw out a first pitch to mark the start of the game.

The Mumbaikaar is currently on a three-city US tour. He will be visiting San Francisco/Bay Area, Seattle and Los Angeles and will participate in some cricket clinics and will meet and greet the fans. Rohit had an average Indian Premier League with the Mumbai Indians and was dropped from India’s Test squad for the one-off Test versus Afghanistan. The IPL Team Captain just scored 286 runs from 14 games in the recently-concluded Indian Premier League and thereby, failed to take his team past the group stages. Subsequent to that, he was dropped from the Test squad for the historic one-off Test vs Afghanistan. He didn’t find a place in the side despite regular captain Virat Kohli being left out for his county stint with Surrey, which later got cancelled due to an injury.

Nevertheless, the 31-year-old cricketer is not very much troubled by the exclusion from the Test squad and said that nothing changes for him. Rohit told the press, “Nothing changes for me. I don’t want to change anything. I want to keep things simple. What has happened has happened. There is a right time for everything.” The Mumbaikaar also added that he will enjoy his time off from the game now and will watch the 2018 FIFA World Cup, where he will support La Roja. He told the press, “I will watch some action for sure. No hesitation, my favourite team is Spain.”

The Mumbai Indians Captain will next be seen representing Indian cricket during India’s tour of England next month. He told the press that the tour will be important for India to test their combinations in those conditions ahead of the World Cup in England and Wales next year. He said, “The England tour will be important to get used to the conditions and get the right players (involved) moving forward (to the World Cup). I am sure the captain and coach will have an eye on the right combination.” He continued to say, “India will look to finalise their combination for the World Cup in these ODIs they play in the lead-up to the mega event. The ODIs in England will give India’s batsmen the chance to play in conditions they need to acclimatize to for the World Cup.” He further said, “We will get a chance to get used to the conditions. Having said that most of the guys have played there before, for those going there for the first time, specially for our wrist-spinners, it will be an important tour.”

Looks like the young cricketer is all set with good strong-headed plans to rise Indian Cricket to a further glorious level. 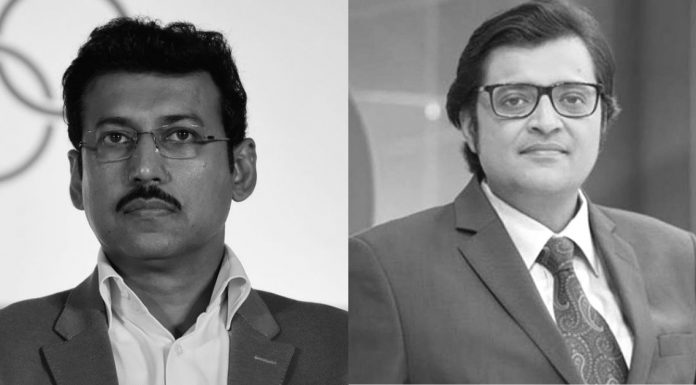