Fitso Sports: Swimming into new territories, towards a fitter India Growing up, we all have a tiny dream embedded in our hearts to create a big change when we get the opportunity. In this fast-paced world, our dreams often get buried under the debris of our innumerable responsibilities and the crushing pressure of everyday monotonous life.

For the trio of Naman Sharma, Rahool Sureka and Saurabh Agarwal, life was panning out in a similar fashion too. Having graduated from IIT Delhi in 2011, they got absorbed in various work. While Naman was busy at Zomato, Saurabh was handling matters over at Flipkart and Rahool was at UrbanClap, all equally engrossed in the start-up industry. The dream that had got buried under the debris, however, began to resurface with the experience gathered at their workplaces and spawned the idea of Fitso, an organization dedicated to bringing about change through fitness and sports.

Setting their wheels into motion in 2015, Fitso came into being in the heartland of Delhi-NCR. The beginnings were quite humble for the company who now boasts of 12,000 regular subscribers. In a conversation with The Bridge, Naman Sharma, co-founder of Fitso opened up about their company and their goal of creating a nation fit simply through the power of sports. Expanding on how they came up with their brainchild, Sharma says,

Being an avid football and cricket player in his school and college days, Naman had always nursed a soft corner for sports. He went on to play at Zonal level and represented the IIT Delhi football team at many Sports Meets, all of which slowly furnished the latent idea of creating a company which can give back to the society.

The trio of Sharma-Agarwal-Sureka played around with their dream of making a difference in the world and for them, the area of sports and fitness was an automatic attraction. Naman says, “The drive was to create a start-up first and then find out which area we can impact the most, where our skillset will be complementary.”

“The subject of health and fitness was very close to ourselves as we are very active in sports and fitness, individually. That’s how we decided to start Fitso- to make people healthier and happier,” Naman triumphantly puts. He elaborates:

After getting a steady positive response, the team at Fitso wanted to branch out into offline components as well. The app-users at that time found themselves a common ground in swimming, which was also an individual activity. This the bill of Fitso perfectly as they were looking forward to offline set-ups for individual sports.

Aspiring to adopt a more holistic approach, Fitso chose swimming to be their key area of focus and right now they are one of India’s Leading Swimming Academy’s. With 20 five-star facility, temperature-regulated swimming pools spread across NCR and 5 more premium which cater to other sports like badminton, tennis, squash, cricket, and football, Fitso is the helmsman of the sports market currently.

While the idea to expand into other sports and other cities is fresh on the mind of Naman, he and his team at FITSO is ready to confront new challenges. Fitso ventured into South India only recently and took their Fitso SEALs program to the City of Nizams, Hyderabad. Naman explained the choice of the city further:

After having studied the sports market thoroughly, Fitso is now ready to spread its arms to other parts of the country in their unidimensional role to create a fit India. With the Hyderabad centre, Fitso is beginning to make a mark in South India and is well on board to tackle the new market there.

Naman also noticed a problematic trend prevalent in Hyderabad. He reveals, “While there is a lot of demand there, there are very few people catering to that demand. There are very few places who are doing it at our level. There is a huge gap between demand and supply. We found a very favourable demographic there that people over there have the disposable income and want to try fitness activities.”

Having just raised Socially Responsible Investing (SRI) funds, Fitso is planning to scale newer heights and swim into newer territories. With plans of expanding into all the major cities of the country and foraying into multiple sports over the next one year, Fitso has their future chock-a-block with exciting ideas. With the newly received funds, Naman says, “Our plans are to spend this fund on the technology we are building. We can reach out to the interested people and engage them in fun activities that were not available until now. We will invest it in our growth into multiple sports and geographics as well,” he enthusiastically puts.

In their almost half-decade of existence, Naman has noticed, “…a strong, upper trend, awareness about fitness in the kind of time people are devoting towards it,” and he asserts:

The perception towards sports and fitness awareness has changed and it has not been an overnight achievement. Pondering a while on this, Naman categorically identifies the change of mindset, “Our society has people where people play to a certain age and then society pushes them into work or academics. It has been a taboo to play after a certain age.”

The truth of this idea still rings out as most parents still coerce their children into academics and the importance of sports is almost marginalized and regarded as an ‘extra-curricular’ activity. But it would not be fair to say that everything is still the same because Naman has seen the change himself, “With the economic progress of India and people having a more comfortable lifestyle. The older mindset that we had of being a savings-oriented society and pushing people into work and education more, people are now free of that. They are now free to follow whatever interest they have.”

Sports are a point of immediate interest among the masses and we have, at some point in our life, dilly-dallied with the idea of taking it up, no matter how good or bad we are it. The excitement and joy that comes from sports is unparalleled and Fitso desires to tap into that emotion we experience. Being a pioneer organization the sports category currently, Fitso has made a niche position for itself in the field of swimming with their top-class facilities coupled with the availability of certified trainers and coaches to take care of the individual needs.

Over the last few years, people are more open and accepting to non-cricketing sports as well and are aware of the achievements there. This has created a positive and healthy atmosphere for the sports market and successfully attracted a wide variety of enthusiasts who are concerned about their fitness.

With a user base that ranges from five to fifty, Fitso has achieved several milestones through the SEALs program. Naman proudly says, “We have a few kids who are getting into Nationals and competing in various tournaments, in swimming. Recently, Praveen Chaudhary won a couple of gold medals at the Para Olympics in Abu Dhabi. Then there are local competitions like Delhi Nationals and all where a few of our kids have also won golds.”

In the coming year, Fitso will branch out into new territories and their presence can be felt in all the major cities of the country and with that, they will be one step closer in realizing their dream of making a fit India and the difference will be made, in the guise of sports. 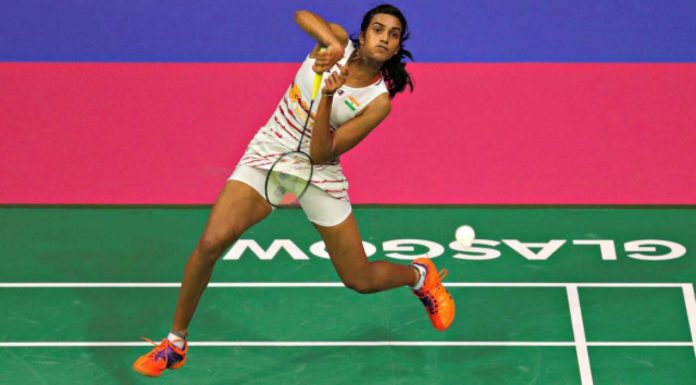 Press Trust of India - February 28, 2020
BWF said it will not be "appropriate" to make any changes to the Olympic qualification schedule
Read more