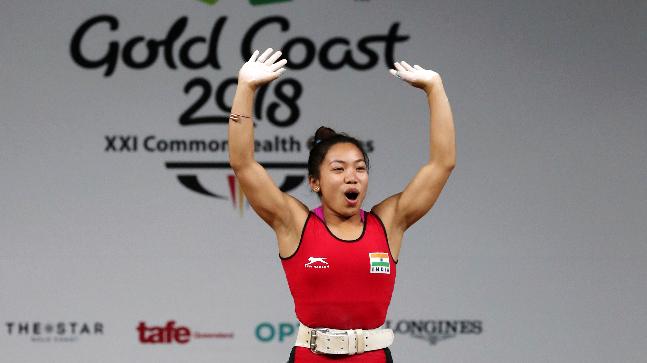 The Indian weightlifting contingent will gun for glory at the World Weightlifting Championship, which gets underway in Thailand on September 18 that will be spread over the course of ten days.

Indian weightlifting boasts of lifters with the potential to win medals and give tough competition for global titles. With spells of dynamism, it is hard to overlook the few bright prospects that Indian weightlifters have displayed in the recent past.

At the 2019 edition of the World Weightlifting Championship, India will root for Mirabai Chanu, the gold-medal winner at 2017 edition in 48kg. A promising show could be expected from the 2018 Youth Olympic gold-medallist, Jeremy Lalrinnunga, who will also mark his debut at the World Championship, at a much tender age of 16, in the 67-kg weight category.

We can only have a flickering hope from the Indian men weightlifters, who haven’t had an impressive history at senior stages. Achinta Sheuli and Ajay Singh will be carrying India’s hopes in the 73-kg and 81-kg categories respectively.

The Indian weightlifting ecosystem has been, over the years, tramped on by women — if a stout-figured Karnam Malleshwari or a Kunjarani Devi stood for a secure past, Mirabai Chanu has emerged as the one for the present holding good promise for the future on the Indian weightlifting radar. Indian women have, more than once, raised the bar by several notches, and a medal this year will only end up confirming India’s steady progress in the sport. Women certainly look more promising to pull off a quick podium finish, take the success ladder of the diminutive Manipuri Mirabai Chanu into consideration. The Imphal-born lifter will be joined by Jhilli Dalabehera (45-kg), Sneha Soren (55-kg) and Rakhi Halder (64-kg). But things would not be as easy as falling off a log for Mirabai, as she has shifted to a 49-kg weight category from her 48-kg.

Labelled as the immediate successor to Malleshwari, the World Championship adds another reason to mark her as one of India’s brightest prospects in the discipline. But injuries seem to lurk in the form of dreaded hope for the Manipur-native. India will be pinning its gold medal hopes on Mirabai. Jhilli Dalabehera is another exciting prospect who will take part in her second World Championship appearance in the 45-kg category.

It will be against the backdrop of this fine display that the frontline Indian squad will make its way to Thailand for the prestigious World Championship. One can only hope for India’s impressive run at the World Championship to trigger a new chapter in the Indian weightlifting scenario.