Given the rising number of cases of violence against women, it suffices to say that the reputation of India in foreign countries is not particularly good when it comes to issues like safety for women. This was driven home at something that stuck out like a sore spot at the ongoing World Junior Squash Championship currently ongoing in Chennai. The team was Switzerland arrived without their top girl player because, reportedly, her parents would not allow her to travel to India citing safety concerns.

According to The New Indian Express, teams from countries like Iran and the US of A have also expressed similar concerns with participants choosing to dress carefully. They have reportedly also been asked to not venture out alone in the recent climate.

Just last week, news had emerged that 17 men had allegedly been involved in molesting a 11-year old girl over a prolonged period of time before she was finally able to speak out against it. The horrific incident took place in Chennai which is, incidentally, the city where the World Junior Squash Championships are taking place.

“Ambre Allinckx is our top-ranked women’s player. She couldn’t make it because her parents did not want. They have been reading reports on the internet about how unsafe India is for women and didn’t want to take the risk of sending their daughter over. However, we have not experienced any disturbance so far,” Pascal Bhurin, coach of the Switzerland team was quoted as saying by The New Indian Express.

Switzerland is not the only team to express these concerns. The same report quotes parents of athletes from two separate nations- Iran and Australia, to further drive the point home regarding rising tensions when it comes to the treatment meted out to the female gender in the country.

The parent body for global squash, however, has decided to stand by India amidst all these clamouring voices. “Of course the views and choice of every parent must be fully respected. However, there are over 250 players and officials including a full squad from Switzerland,” Andrew Shelley, the Chief Executive of World Squash Federation was quoted as saying in a PTI report.

“Like the WSF, they all have complete confidence with the security arrangements made by Tamil Nadu Squash Rackets Association at the Championship Hotel and playing venues to ensure the safety of players at this event,” Shelley was further quoted as saying.

Share
Facebook
Twitter
WhatsApp
Email
Linkedin
Previous articleI secretly nursed the desire to be a goalkeeper | By Deep Grace Ekka
Next articleIndian Super League marred by ‘Conflict of Interest’. Or is it?

Need to come up together, can’t rely on just one or two players: Harmanpreet 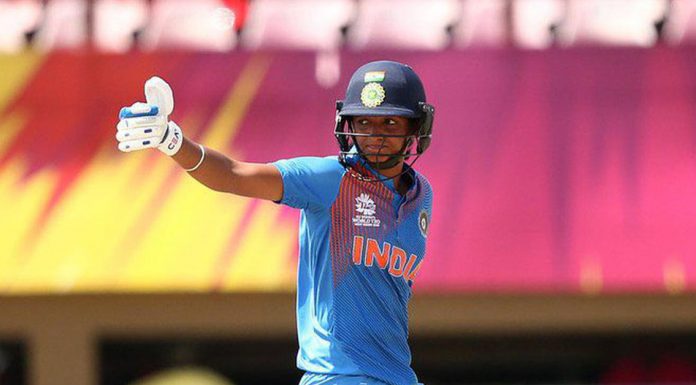 Press Trust of India - February 20, 2020
The Indian women's cricket team captain Harmanpreet Kaur on 20 February said her side will target consistent collective efforts instead of relying on just a couple of players to deliver the goods when it takes on Australia in the T20 World Cup on 21...
Read more