Home Tokyo 2020 Tokyo 2020: How to book tickets for the Olympics
FeaturedTokyo 2020What's Latest

Part 1 of this article series dealt with the cost myth around Japan and the flight and hotel costs associated with travelling to Tokyo 2020. This part now looks at the heart of the trip – Olympic tickets! This is Part 2 of a four-part series explaining the procedure to travel to Tokyo during the Olympics. The series will cover all aspects of the trip such as tickets (prices as well as purchase process), accommodation, flights, land transportation, sightseeing and food so as to provide a holistic picture.

Part 1 of this article series dealt with the cost myth around Japan and the flight and hotel costs associated with travelling to Tokyo 2020. This part now looks at the heart of the trip – Olympic tickets!

Before looking to purchase tickets for an Olympics, one must understand that the Olympics, unfortunately, follow a needlessly complicated ticket selling process.

First of all, most tickets are not sold from a centralised source. A separate seller, known as an Authorized Ticket Reseller (ATR) is appointed for every country and the Tokyo Organizing Committee (known as TOCOG) allocates a certain number of tickets to every ATR to sell. By various estimations, about 70% of the tickets are retained by TOCOG themselves, to sell directly and exclusively to Japanese residents whereas only the balance is distributed to ATRs across the world.

Residents of every country are allowed to purchase tickets only from the ATR of their own country (with some exceptions and loopholes, like residents of EU countries can purchase from any seller in the EU). In India, this appointed ATR is Fanatic Sports.

The base price of all tickets is set by TOCOG. A full list of all such base prices (in Japanese Yen) is available at this link.

However, ATRs are allowed to add a mark-up of up to 20% on the base price (which TOCOG does not add for tickets sold by itself in Japan). This 20% mark-up is supposed to include any and all fees charged by the ATR, with the exception of delivery charges. So, to begin with, tickets for all countries other than Japan are supposed to be 20% costlier. But, in practice, tickets are generally even a little more costly, due to currency exchange charges and delivery costs. While exchange rates have been largely reasonable this time, they were ridiculous during Rio 2016.

Sometimes, ATRs come up with various ways to overcharge customers. For example, at the beginning of the ticket selling process in June 2019, the USA ATR decided to levy an extra 5.54% charge in addition to the allowed 20% in the name of “currency conversion fee” and “merchant service fee”. This was despite the fact that it was already using a very generous exchange rate in its favour. But, after making sales, the ATR was actually forced to refund the extra charges to customers, presumably due to pressure from TOCOG!

Another cost sink can be delivery charges. In Japan, there is actually an option to forego delivery altogether and simply opt for e-tickets. But most ATRs do not provide this option. And sometimes, these costs can really add up. For example, some ATRs have a ridiculous rule that tickets purchased in separate orders cannot be combined into a single delivery charge, even though tickets will be delivered all together in May-June, 2020. And make no mistake, these additional charges are rarely charges being incurred by ATRs themselves but are largely profit, as can be deduced from reading the fine print in their terms and conditions.

Unfortunately, though, the examples given above, pale in comparison to the Indian ATR, Fanatic Sports.

This is because Fanatic is not even really selling tickets at the moment!!

The only tickets available on the Fanatic website are for boxing and wrestling, sales for which started about a month ago. In comparison, many ATRs around the world have been selling tickets since June.

Further, the exchange rate being used is currently about 6% more than market but this is reasonably fine considering that exchange rates keep fluctuating and most credit cards charge about 4% if you buy something online in foreign currency. The good news though is, as of now at least, Fanatic doesn’t seem to be charging any additional delivery fees.

But, the big issue is that, besides boxing and wrestling, Fanatic is only selling mind-bogglingly exorbitant ticket-hotel packages. These packages are blatant cash grabs, and should be completely ignored unless you are someone for whom “money is no object”.

The list of packages has also not been put on Fanatic’s website, and one needs to register one’s email on the site to receive the list of packages. Perusing through the packages received via mail, they include accommodation ranging from 3-9 nights in Tokyo (with breakfast, on a double occupancy basis only), tickets to 1-2 sport events per day, and a special event known as “Breakfast for Champions” or “Fanatic Celebrity Event with Legends”. However, no further information is available about these special events, besides their names, and no promises are made on which champions or legends, if any, will be attending. Also, flights, meals other than breakfast, and transportation within Tokyo are not included.

Travellers can choose to stay in a 3*, 4* or 5* accommodation. As a reference point, the price ranges for various packages on offer are as below:

At first glance, the package prices may not seem that exorbitant to some when you consider that they provide a once-in-a-lifetime Olympic experience. But, dig a little deeper, and the exorbitance comes out. Since ticket prices are publicly available (i.e., base prices set by Japan + a 20% mark-up), some quick calculations enable one to determine the true value of the packages.

These calculations show that effectively, the 4* packages are charging around INR 90,000 per room per night (on double occupancy basis) whereas the exact same hotel can be currently booked online for non-Olympic travel dates at around INR 17,000 per room per night! And this does not even include the additional 5% GST that will need to be paid when purchasing packages. The 3* and 5* packages are also similarly exorbitant (the 3* star hotel being offered by Fanatic – the Tokyo East Side Hotel Kaie – is a new hotel and is currently selling online only for limited dates and at much higher prices compared to other similar 3* hotels).

Now, of course, due to the Olympics, the hotels often greatly increase their prices. Currently, most hotels in Tokyo have not even started taking bookings from the public during the Olympic dates (this is also due to the fact that even during normal times, many hotels in Japan start taking bookings only 6 months in advance). But, as explained in Part 1 of this article series, despite the difficulty in finding hotels in Tokyo, there are good hotel deals out there if one searches for them.

In fact, the 4* hotel being offered by Fanatic – Millennium Mitsui Hotel Tokyo – has already started taking bookings during the Olympics and is offering rooms for about INR 40,000 per night (which would be expected to decrease in the future), whereas Fanatic is effectively offering the same room for about INR 90,000 per night. And far better hotel deals than this can be found in Tokyo during the Olympics even now.

So, with no tickets being sold other than Boxing and Wrestling, and the packages being blatant cash grabs, what are an Indian fan’s options?

Well, the good news is that the Tokyo Organizing Committee has already announced through its newsletters that it will be starting centralised global ticket sales by April 15, 2020.

A fan can sign up for receiving all information regarding this major sale in April by registering on the Tokyo site. Thus, Indian fans would be wise to completely ignore Fanatic (except for grabbing those boxing and wrestling tickets) and just wait for the global sales to start.

The demand in this global sale is of course expected to be exceedingly high, and one may not be able to secure all the tickets one wants. But, while a few high profile tickets like the men’s football final and badminton women’s singles semi-final are being offered in some Fanatic packages, most of the tickets being offered even in packages are relatively easy-to-obtain tickets in the international market, such as hockey, boxing, wrestling preliminaries and group stages in badminton (and boxing and wrestling are available as standalone tickets in any case). Worst of all, absolutely no tickets are being offered for India’s greatest medal hope – shooting. So, even from a demand aspect, purchasing Fanatic packages does not make sense.

Another possibility is that as the global sale comes closer, Fanatic may start selling more and more individual tickets, as it will be losing its monopoly in April. Further, there is a lot of chatter among insiders that the start of global sales is the last opportunity for all ATRs across the world to return all their unsold tickets back to TOCOG. This means that, essentially, there is a ticking clock until which Fanatic (and other ATRs) needs to get rid of its tickets.

I have been interacting with Fanatics by mail and phone for months and I can attest that Fanatic’s tone is starting to change. Last year, they would simply say that “At this stage, tickets are only available as part of these packages. There will be no sale of standalone event tickets at the moment“.

While packages are being sold since August, wrestling and boxing tickets have now started being sold for about a month. Still, at the beginning of January, they were still saying on call that there were no plans to start any additional standalone ticket sales, but recently they have softened their tone to “may be”. However, unfortunately, they still have no access to any shooting tickets!

So now that we have established that it is best to wait for the global sale or for Fanatic to release individual tickets, how much do these tickets cost? This will be explored in Part 3 of this article series, which will also look at transportation costs for getting around Tokyo.

Which Mohun Bagan players will find a place at ATK-MB in ISL next season? Who has impressed Antonio Lopez Habas? Read to know.
Read more
129,117FansLike
11,537FollowersFollow
6,983FollowersFollow 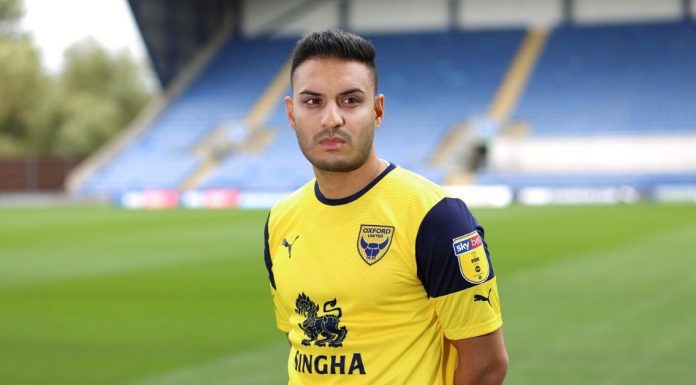 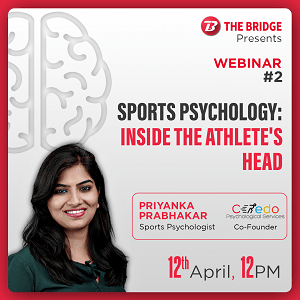