Home Fan Zone This group of die-hard fans is the 12th man of the Indian...
Fan ZoneFeaturedHockey

One Team One Dream group can easily be spotted in any game wearing white turbans or scarves and are responsible for upping the decibel levels to further motivate the Indian hockey teams. When the Indian Hockey teams, both men’s and women’s, qualified for the Tokyo Olympics 2020, a group of die-hard fans were in tow to watch the momentous occasion unfold. Regular spectators in the stadiums whenever the Men and Women in Blue play, the ‘One Team One Dream‘ group can easily be spotted in any game wearing white turbans or scarves and are responsible for upping the decibel levels to further motivate the national sides.

Raja Namdhari, the founder member of the fan group, throws light on the formation of ‘One Team One Dream’ and says, “The beginnings of the group first started with a few fans from India and the UK, they first meet during the 2010 World Cup and Commonwealth Games in India, and since then the group has grown with members now from, Finland, New Zealand, Malaysia and India, with a large following on social media.”

Leo Devadoss, yet another passionate member speaks exclusively to The Bridge, and opens up about the founders, whose passion led to the initiative. “Most of the founder members were all passionate field hockey lovers and have been following the game for many many years. Infact, some members have followed the game from the 60s.

“While most hockey lovers those days were following the game on Radio some of our elder members were travelling across the Globe following the Indian team at the Olympics, World Cups, CWG, Asian Games and Champions Trophy.”

While the group started with just about 20 fans, ‘One Team One Dream’ has now expanded and has over 10,000 subscribers on social media. A quick glance at the Twitter account will reveal that the time has often been vocal about team selections, performances and the internal functioning of Hockey India, and while it keeps fans up-to-date, the governing council has not taken too lightly to their forthright views.

“Our posts on team selection, performance and players are well followed and awaited. Many members post individual articles and we have our own trademark logo to stamp our presence.

“The power that be in Hockey India, however, does not like us as we raise our voice on important issues, and call a spade a spade,” Leo further adds.

After covering events like the Commonwealth Games, The 2016 Olympics, the World Cups and the Champions Trophies, the ‘One Team One Dream’ club is now gearing up to visit for the Hockey Pro League that will be held in January. They have also fixed their schedule to support the hockey sides during next year’s 2020 Olympic Games in Tokyo.

Leo, who has followed the sport quite keenly for over a decade now, has noticed the rapid strides that the hockey teams have taken in this duration and hopes that they can achieve even greater heights. “Indian Hockey has grown a lot since 2010, players are fitter and hence perform better. A lot of money has been brought into the game and players are benefiting monetarily. The Premier Hockey League then the World Series Hockey and later the Hockey India League was a boon to us as our boys got a chance to play alongside top players from world over. The flow of money into the game saw India become a powerhouse.”

Though hockey is now struggling to be retained as an Olympic sport, Leo promises that ‘One Team One Dream’ will forever back the Indian hockey sides. “Despite inconsistent showings, the love and support to Indian Hockey will continue. Both the Men and Women’s team have our backing and support.”

Share
Facebook
Twitter
WhatsApp
Email
Previous articleBWF World Tour Finals 2019: All you need to know, schedule, draw, where to watch live
Next articleMizoram volleyball player breastfeeds her baby in the middle of a game 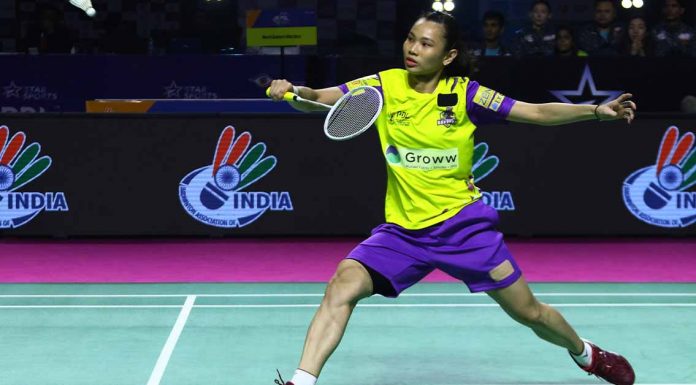 Team Bridge - January 22, 2020
World No. 2 Tai Tzu Ying of Bengaluru Raptors put up a masterclass on her return to the Star Sports Premier Badminton League 2020 but she could not prevent the defending champions from going down to North Eastern Warriors 3-4 here in...
Read more