It was a shambolic day for all Indian badminton fans as the country's top shuttlers all crashed out in the first round of the Thailand Masters Super 300. 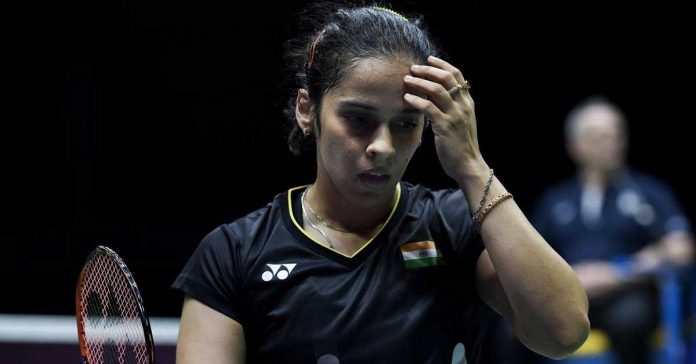 It was a shambolic day for all Indian badminton fans as the country’s top shuttlers all crashed out in the first round of the ongoing Thailand Masters Super 300 in Bangkok on Wednesday.

In women’s singles, Saina Nehwal lost to Denmark’s Line Hojmark Kjaersfeldt, an opponent against whom she had a 4-0 record until today. The Indian shuttler, who dropped six places to World No. 18 this week, suffered a 13-21, 21-17, 15-21 defeat to crash out in the first round.

Saina had given the ongoing season of the Premier Badminton League (PBL) a miss in a bid to try and qualify for the 2020 Olympic Games. However, on Wednesday, she got off to a slow start and could never really recover from it. She could not get into her groove and lacked the killer instinct in the first game. Line Hojmark took advantage of this and bagged the first game 21-13.

In the second game also, the Danish shuttler got an early lead. But Saina staged a strong fightback to cut a 4-point deficit before going on to level the match and force the decider. In the third game, though, she could not repeat her comeback feat.

Elsewhere, in men’s singles, Kidambi Srikanth, Sameer Verma and HS Prannoy were all knocked out after suffering first-round defeats.