India's ace tennis player Sania Mirza is all set to make her debut in a web series made to create awareness about Tuberculosis (TB).

India’s ace tennis player Sania Mirza is all set to make her debut in a web series. She will feature in a show called, ‘MTV Nishedh Alone Together’, made to create awareness about Tuberculosis (TB).

As reported by News 18, Sania stated that the web series focuses on to aware the youth about the disease in a unique and effective way.

“TB continues to be one of the most chronic health issues in our country. With about half of the diagnosed cases under the age of 30, there is an urgent need to tackle fallacies around it and drive a perception change,” Sania said.

“There are always risks of Tuberculosis. The risk has been increased by the corona epidemic. The fight to curb TB is more difficult now than ever and that’s what prompted me to play a role in it. I hope my presence helps in some way to collectively fight the TB and bring about a positive change,” she added.

The five-episode web series will showcase the story of a newly wedded couple Vicky and Megha who face several difficulties after the sudden lockdown. The characters of Vicky and Megha have been played by Syed Raza Ahmed and Priya Chauhan.

Sania will be talking about the challenges faced by young couples during the lockdown. Actors Akshay Nalwade and Ashwin Mushran will also feature in the show. It’s scheduled to be launched on social media handles of MTV India and MTV Nishedh in the last week of November 2020. 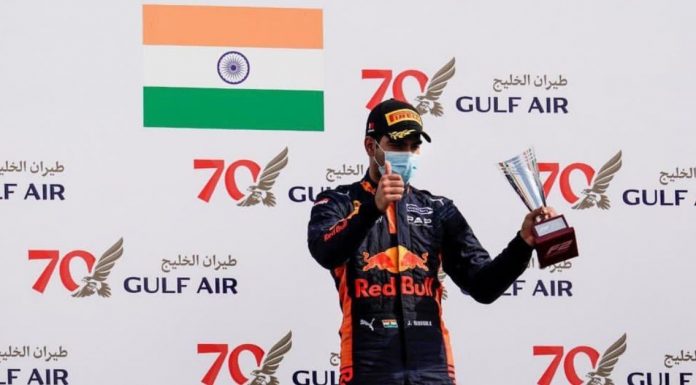 Abhijit Nair - Modified date: November 29, 2020
The young Jehan Daruvala earned his maiden podium finish in Formula 2 as he finished third during the Bahrain Grand Prix support race on Saturday. The 22 year old Indian beat championship leader Mick Schumacher on his way to the podium finish. Hailing from the...
Read more