Sania Mirza already qualified for Tokyo Olympics, if she wants it

With her return in Hobart, Sania Mirza would be eligible to use her special ranking till mid-January, 2021. After a 2+ year layoff on account of pregnancy and a few injuries, tennis ace Sania Mirza will be returning to action at the Hobart International which begins on Jan 13, partnering World No. 38 Nadiia Kichenok of Ukraine. The return was always on the cards, with Sania having always talked about a desire to return, and often sharing her fitness and training photos and videos on social media, besides numerous posts about her enjoying the joy of motherhood with her baby boy Izhaan.

Thus, with the Olympics only 7 months away, the obvious question on fans’ mind, besides discovering if she can still achieve pre-pregnancy heights and level of play, is whether she can qualify for the Tokyo Olympics. However, based on WTA rules, she is essentially already qualified for Tokyo, if she wants to play!

As per WTA rules, when a player takes a lay-off from the game longer than 6 months on account of injuries or pregnancy, she can apply for a “special ranking” (also sometimes known as a “protected ranking”). The special ranking of a player is her world ranking after the last tournament she played in.

In Sania’s case, she last played the China Open in Oct 2017, and was ranked World No. 9 after it. Thus, she currently has a special ranking of no. 9, even though she is not even ranked on the actual WTA ranking list, having been inactive for over 2 years.

Now, on her return, if a player’s lay-off has been greater than a year, then she can use this special ranking to enter a total of 12 tournaments. In case of pregnancy, the last of these 12 tournaments should be within 3 years from the end of pregnancy (which for Sania Mirza would be October 2021, as she gave birth in October 2018), or 1 year from the return to competition, whichever is earlier.

Thus, with her return in Hobart, Sania Mirza would be eligible to use her special ranking till mid-January, 2021. In fact, these rules were much stricter not so long ago, but were only recently relaxed to their current state.

Thus, all Sania needs to do is to ensure that she does not enter 12 tournaments using her special ranking before Tokyo, and she would be eligible to enter the Olympics using a special ranking of 9. It is almost a foregone conclusion that Sania will ensure this.

The tennis qualification rules for women’s doubles in Tokyo state that a player ranked in the top 10 of the doubles ranking is eligible to enter with any partner, as long as the partner has a valid WTA singles or doubles ranking. Thus Sania, with her special ranking of 9, will be guaranteed an entry into the women’s doubles at Tokyo with any other Indian female tennis player!

There is a great precedent for such use of special ranking as well, with a returning-from-injury Juan Martin del Potro using it to enter Rio 2016. As it happened, del Potro went on to win the Silver while defeating both Novak Djokovic and Rafael Nadal on the way. A dream model for Sania to emulate!

However, it must be noted that while a special ranking of 9 guarantees Sania an entry into women’s doubles in Tokyo, it does not guarantee her an entry into the mixed doubles.

For mixed doubles, qualification is based on the combined rankings of both players. Currently, the highest-ranked Indian male player is Rohan Bopanna at 38, which would give the Rohan/Sania pair a combined ranking of 47 (38 for Rohan + special ranking of 9 for Sania) which may not be enough. Most likely, Rohan (or one of our other doubles players for that matter) will need to get their ranking into the top 25.

Until recently, a player entering a tournament using her special ranking would not be seeded. This led to Serena Williams, returning from pregnancy, being unseeded in a few tournaments including the French Open. As a result, WTA recently changed the rules in 2019.

Now, if the special ranking of a player or pair is high enough to have got them a seeding, the player/pair gets designated as an “additional seed”. Thus, while still not a part of the 4/8/16/32 designated seeds at a tournament, such “additional seeds” are ensured of not facing any other seeded players in the first round.

However, a player is eligible to be an additional seed for only the first 8 tournaments she enters, irrespective of whether those tournaments were entered using the special ranking or the actual ranking.

Thus, while Sania is unlikely to be seeded at the Olympics on account of the lower rankings of her probable partners, hopefully, she will be able to make good use of this new rule on the WTA tour.

The Olympic flame will be on display until the end of April in Japan's northeastern prefecture of Fukushima. Tokyo Olympic and prefecture officials held an...
Read more
Coronavirus

The Bridge got in a candid chat with the 30 years old Spaniard as he spoke about the way to this success, his first experience at India and his plans for the next season.
Read more
129,191FansLike
11,390FollowersFollow
6,958FollowersFollow 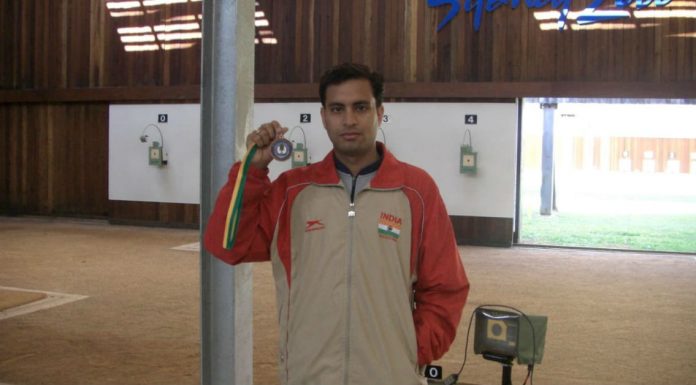 Press Trust of India - Modified date: March 26, 2020
Formerly with the Indian Navy, Rajput has faced the highs and lows of life with dignity, never complaining about the problems that knocked on his door for no fault of his.
Read more