Back home, Sania Mirza fought for gender equality in tennis tournament, a cause championed by the legendary Billie Jean King.

Today marks the 50th anniversary of one of the most important dates in the history of tennis. On 23 September 1970, nine brave female players, led by Billie Jean King, began a revolution that would change the face of tennis and women’s sports as we know it today.

The date marks the anniversary of when the Original 9, as they are now referred to, signed $1 contracts with tennis publisher Gladys Hardman to form the first professional women’s tennis tour, with the hope of creating better opportunities for women’s players at the time and in the future. It was there that the foundations for the WTA were laid down and 50 years later, the women’s game is one of the most watch sports in the world, with over 1600 professional players worldwide and prize money reaching $180 million. Billie Jean King, who is one of the main reasons why there even exists a women’s game today.

At the start of the Open Era in tennis, when professionals began to be allowed in the major tournaments alongside amateurs, women were getting paid far less than men. At the first Open Wimbledon, Billie Jean King took home £750 for winning the women’s championship, while Rod Laver won £2000 for winning the men’s. By 1970, the difference in pay between men and women in top-level tennis was as bad as 12:1. At this point, putting their careers on the line, Billie Jean King and nine other brave women, decided to boycott the United States Lawn Tennis Association organised Pacific Southwest Championships (the total prize money offered to the women was $7,500 compared to $50,000 for the men). Ms King managed to convince the company Philip Morris to sponsor a parallel event that became the Virginia Slims Circuit. It was this act of revolt that eventually led to the formation of the Women’s Tennis Association in 1973.

Billie Jean King also managed to convince the US Open to become the first Grand Slam tournament to give equal prize money to men and women. 1973 was also the year in which Ms King would defeat Bobby Riggs in the famed Battle of the Sexes match, bringing even more attention to women’s tennis.

It was Billie Jean King’s campaign for equality in the 1970s which benefited women tennis players. Still, for a long time, women were offered equal prize money in only two of the Grand Slams. However, since Wimbledon – the last Slam to change their policy in 2007 – also came on board, the equal prize money debate has given rise to various controversies.

In 2012, back home the senior hardcourt nationals, Fenesta Open, had pretty much gone per tradition over the years. However, Sania Mirza had put an end to the dithering. Invited as chief guest at the tournament where she played as a junior, Sania asked, “why the differential treatment?” And the decision to distribute equal prize money immediately came into effect. Thus, the women’s singles winner Prerna Bhambri got Rs. 1.5 lakh, Rs. 50,000 more than the initial promised sum. Finalist Rishika Sunkara took home Rs 35,000 more against the initial sum of Rs. 65,000.

“It’s wonderful to see that the organisers accepted my suggestion and acted upon it so quickly,” Sania said. While India’s women players can thank one of their own for bringing about an abrupt turnaround, the debate is by no means over globally. Sania has always raised her voice for equal rights for women.

Sania Mirza was appointed Regional UN Women Ambassador to South Asia in 2014. As India’s highest-ranked female tennis player ever, Sania used her spotlight to speak out on gender issues such as female foeticide and India’s decreasing sex ratio, and has encouraged young girls to challenge gender barriers, especially in the uneven playing field of sport. She has been a role model to many children, including girls, to break barriers and strive for their goals in life and career choices. She has used her professional success to highlight social issues in India and expressed her strong desire to spread the message of gender equality.

Thank you so so much .. Means so much coming from you.. Much love https://t.co/1KcEaUUyMt

In 2016, Sania was named as one of the 100 Most Influential People in the world by TIME Magazine, and Billie Jean King called her ‘an inspiration’. Mirza replied back acknowledging King’s tweet and said it meant a lot to her coming from King. Mirza was the only tennis player who made the list and one of three Indians, besides India’s central bank Governor Raghuram Rajan and actress Priyanka Chopra in the list. 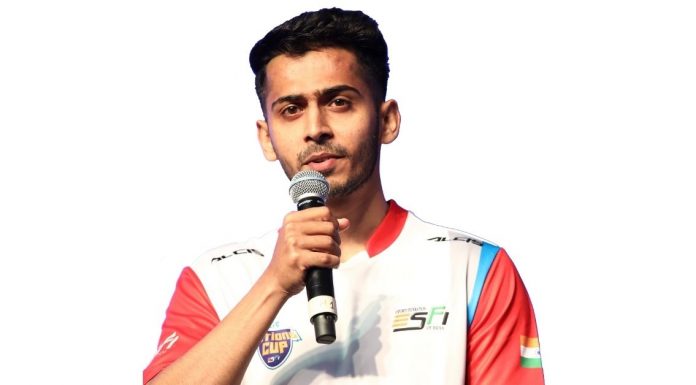