AITA amends constitution to fall in line with Sports Code 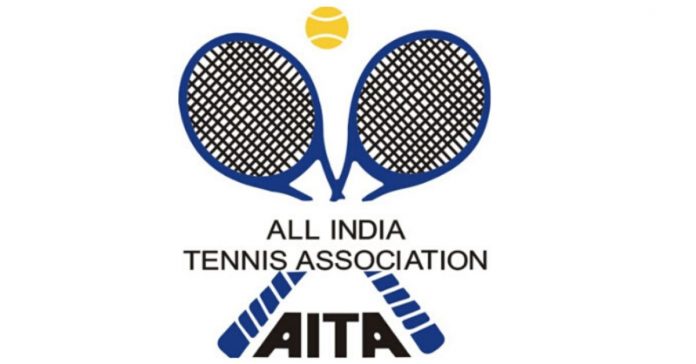 In major constitutional amendments, national tennis federation AITA has done away with the weighted voting method apart from abolishing the Life President and Life Vice President posts to become Sports Code compliant. The All India Tennis Association (AITA) has also increased the number of join secretaries to four from two. The tennis body approved the changes at its Special General Body meeting, (SGM) held virtually on Monday. “We have to follow the government guidelines and the sports code. We used to follow the ITF method of voting because they are the parent body but the government wants to bring uniformity and we are fine with that,” AITA secretary general Hironmoy Chatterjee told PTI.

Following the International Tennis Federation’s method of differential voting, the AITA had given the performing states more number of votes, which meant that associations like MSLTA, KSLTA and TNTA had more say when it came to elections. In weighted voting different voters are given different weightage. Like in ITF, Grand Slam nations have more votes than other countries. The primary reason for Anil Khanna’s defeat at the ITF President’s elections was weighted voting pattern. Though, he had support from many nations but it did not matter because votes of major nations like the USA, Australia, France and England had more value and he did not get those votes.

The most active Maharashtra Lawn Tennis Association (MSLTA), which conducts a lot of international tournaments apart from developmental activities throughout the year, had about 20 votes in weighted voting pattern. It conducts country’s only ATP 250 event apart from one ATP Challenger, WTA events and a number of ITF Futures. Similarly, the Tamil Nadu Tennis Association (TNTA), Karnataka State Lawn Tennis Association (KSLTA) conduct ATP Challengers, crucial for country’s top players striving to crack top-100 bracket. DLTA, which holds Fenesta Nationals but has stopped hosting the Challenger for not being able to arrange sponsorship money, also had a number of votes.

Now that the AITA has adopted one-vote-one-state system, it puts all full members at equal pedestal though many major associations (like Punjab and Bengal) do not host lot of tournaments. The AITA has 28 full members with voting rights. There are a few institutional/associate members, like Association of Indian Universities and International Lawn Tennis Club of India, which do not have voting rights. After the ministry ruled that the post of Life President is in violation of the Sports Code, AITA was forced to remove Anil Khanna and former external affairs ministers Yashwant Sinha and SM Krishna from the position.

The ministry issued a letter in this regard to AITA in March and the federation had agreed to abolish the posts. “We have also removed all Life posts so that there is no area where they can say we have not followed the Sports Code. We do not want to confront the government,” he added. AITA had eight Life Vice Presidents including former Davis Cup captains Jaideep Mukhejea and Naresh Kumar. The six other were D V Bhatia, Ghanshyam Patel, Narendra Kumar, Natwar Singh, Bollywood actor-turned politician Shatrughan Sinha and Yusuf Hamied T D Franics held the post of Life Counsellor.

Read Also: “I am not playing any tournament till the world is safer,” Leander Paes Press Trust of India - Modified date: August 7, 2020
The High Performance Centre (HPC) for hockey in Odisha is set to induct 30 boys in the coming months in its bid to take the sport to the elite level, state's Sports Minister Tushar Kanti Behera said on Friday. It was decided following a...
Read more