Prajnesh Gunneswaran moved into the final round of the Australian Open qualifiers with a 3-set win over Yannick Hanfmann.

Prajnesh Gunneswaran moved into the final round of the Australian Open qualifiers with a 3-set win over Yannick Hanfmann, a former top-100 player, with a score of 16 62 61. This was a solid win for the Indian No.1 who had been coming back from a tough phase.

After the match, ITD member from Melbourne, Kshitij Murali spoke to Prajnesh Gunneswaran to get his thoughts on the match.

Q) Thoughts on the match? You went down in the first set but came back stronger.

I didn’t feel great in the beginning and honestly, I wasn’t sure if I would get out of that hole. I wasn’t serving well – having problems with my arm, wrist and so on. When I went in, he was all over on my serve. On the first shot, he just smashed the backhand and I ended up running all over the court.

I was trying to look for solutions but he was playing a bit too well. At 0-4, I had a chance to break but did not convert and he held onto that service game. However, it gave me confidence that even when he is playing so well, I am getting chances to break his serve. This means if I had been in the match, I would have had my chances.

Especially the 0-3 game on my serve in the first set – I felt I should have held on somehow as the second break was too crucial. Once I lost the break there, it more or less sealed the fate of the match. Had I held that service game and then had that breakpoint, then things would have been different.

I just put my head down and thought I’ll work my way back in the second set. It was also a little bit windy. I am not sure if he really likes these conditions or not. I am usually better than other players in these conditions as I play with a lot of spins. Today, it wasn’t easy for me too as I don’t have too much spin to go to right now. I controlled my pace well and used my legs as much as I could. He framed a couple of shots here and there under pressure.

I utilised that opening as I broke him at 3-2 out of nowhere and quickly wrapped up the set. That service game which I held right after the break was very crucial, it was a long game.

I played a good 3rd set. It could have gone either way as he had a breakpoint against me early on. I stayed calm and every time I had a chance, I took it today in the 2nd and the 3rd sets. I was a bit lucky as well as it is not often that you take most of the breakpoint opportunities you get. So I am happy with the way it went today.

Q) What is the status of your injury?

I have issues but I will finish this tourney and then look into it. It is a Grand Slam after all and so cannot really complain. I would be happier if I was completely fine. However, I would rather be like this and win, than being perfect and losing.

Q) Have the courts been slower than last year?

Q) How are you dealing with the tough conditions?

Today it was cold and windy, so it was fine. It wasn’t easy during my previous match – it was not hot but there was something. It was very humid and stuffy.

Regarding the smoke and haze, I didn’t really feel it much because it is as bad in India too. The day when they said that the matches are being stopped, I had checked the pollution levels back home and it was around 700 because of Pongal. So it didn’t impact me as much.

This article was originally published on indiantennisdaily.com.

Every athlete strives for an edge over the competition. Daily training and recovery require a comprehensive eating plan that matches these physical demands. But...
Read more
Tennis

Wimbledon was canceled on Wednesday because of the coronavirus pandemic, the first time since World War II that the oldest Grand Slam tennis tournament...
Read more
Football

The Bridge got in a candid chat with the 30 years old Spaniard as he spoke about the way to this success, his first experience at India and his plans for the next season.
Read more
129,188FansLike
11,407FollowersFollow
6,961FollowersFollow 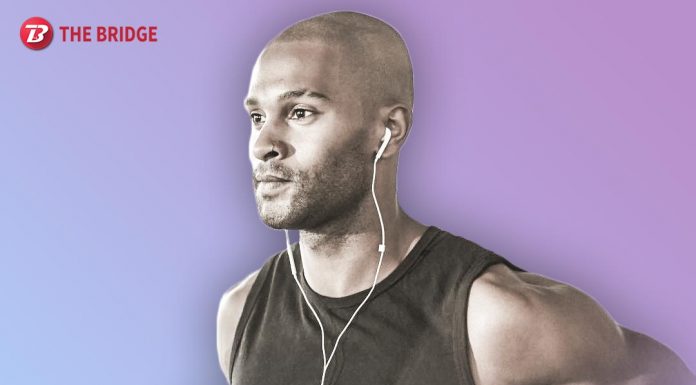