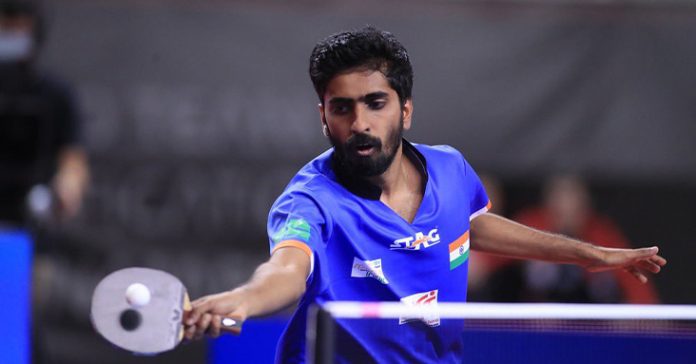 Saturday turned out to be a disappointing day for Indian table tennis fraternity. With both the men’s and women’s team getting knocked out at the 2020 ITTF World Team Qualification tournament in Gondomar, Portugal, it ended the hopes of India qualifying for Tokyo Olympics table tennis team events.

Despite nine quotas being available, the Indian men’s team failed to progress beyond the first round of the second stage. While the Czech Republic’s Tomas Polansky and Lubomir Jancarik won the doubles 3-1 against Harmeet Desai and Achanta Sharath Kamal.

Sathiyan Gnanasekharan, India’s top-ranked paddler, lost both his singles matches. World No 45 Pavel Sirucek defeated the Indian in three tight games to give the Europeans a 2-0 lead. In Sathiyan’s second singles match, he was stunned in five games by world No 166 Polansky. The Indian fought hard, but the pressure proved too much in the end for Sathiyan.

“I was not playing my best table tennis. There were several wrong decision I made here and there, which costed me and I had to lose several close sets. It was one of those unfortunate days when things don’t turn around for you. I will definitely go back and contemplate over what went wrong. It was a learning curve for us. The entire contingent is upset, but we are not going to give up,” said Sathiyan in a conversation with The Bridge.

The Indian team have been training without a foreign coach for quite a while. Did the absence of someone like a Massimo Costantini in the dugout hurt India’s chances? They have to analyse and problem-solve on the go without the help of an external hand. Since Costantini left, they have been fending for themselves. Soumyadeep Roy and Rajath Kamal have been overseeing the national camp. Sathiyan responded:

With just two singles entries allowed per country, Indian men and women can still hope for qualification for the singles and mixed doubles events when they participate in the April event in Thailand for singles qualification. Sathiyan is hopeful that they will make the cut.

“The women’s team were not favourites like us, but they played excellently. Indian TT team is on the rise and it was just one bad tournament I would say. The right thing to do is to go and analyse what went wrong. We have a great chance to qualify in the singles event and surely this will be a learning curve which will help us to qualify,” he concluded.