The man who gave shape to many table tennis dreams Every athlete had to go through immense transformations in their lives when they started pursuing a sport professionally. I was in the second standard when my father took me to a club near Kolkata’s Gariahat locality — Ballygunge Cultural Seminar — to start my training as a professional player.

I vividly remember my first at the club, it had three table tennis boards, and there around 30 to 40 players, who wore exactly the same yellow-and-green T-shirt that I was wearing. The chief coach of that academy was Mr Tapan Chandra, who was well known as the coach of Olympian and one of the best paddlers India have ever produced, Poulomi Ghatak.

I have grown up hearing the stories of Poulomi, but after joining the club, I came to know about how important a coach is for any player. A coach is the one who inspires, guides, and encourages athletes to nurse big dreams.

When I talk about professionalism under Mr Chandra’s tutelage, I remember his academy had the most advanced TT board and also, he was the initiator in bringing advanced level training with a robot at his academy. While we used to engage in practice with the robot, he used to note down our weaknesses, used to shoot video clips and showed us our faults afterwards.

He was very particular about time, proper dress code and team bondings. He used to make us independent and self-sustained with his motivational speeches.

It is heard that Mr Chandra would pick up Poulomi from her house every morning and in the evening on his scooter to train her and dropped her back home. Yes, he put that much of dedication build one of the finest players in our country.

And when the time came, he also let her take training from “advanced” training centres because he also harboured the dream for her to make her what she is today. Apart from Poulomi, Mr Chandra has produced national and international players like Soumi Mondal, Sougata Sarkar and Sushmita Das, among others. Of course, a special mention is needed for his son Jeet Chandra, who is one of the Top Indian ranked paddlers, with a world ranking of 20 (under 21).

Chandra started his career as a table tennis player himself, and in 1989, he decided to be a coach. He started his first coaching stint at Baishakhi Sangha, near lake gardens, and later in Gariahat and even at his home, he took the initiative for individual classes for those who needed and now for the past one year he is training at Ramgarh Pragati Sangha, as well.

In the 2010 Commonwealth Games New Delhi, under his tutelage, India’s table tennis contingent won a gold (men’s doubles), a silver (women’s team) and three bronze (men’s singles, women’s doubles, men’s team) medals. He has represented as the Indian table tennis coach in the international circuit for 15 times in places like Poland, Slovakia, Croatia, Sweden, China, Hongkong to name a few. He also trained in the Indian national camps for 29 times. As a coach of Indian Railways, he also achieved two-time World Railways Champion title in the year 2010 and 2014.

He was felicitated with the prestigious National award for his outstanding contribution to Indian table tennis thrice, in the year 2002,2006 and 2007. Recently, he was honoured with Krira Guru Award by the West Bengal Government.

Even after dedicating his life to table tennis for over three decades, he still dreams of building new champions through the eyes of new talents like Tamal Barga, Rupsa Das and Soumeel Mukherjee. He wants to give his maximum in the sport, which is why he is leaving his job of Eastern Railways to build a better academy. He witnessed an academy in China having 107 TT boards and said that he wants to make an advance training centre with at least 20 boards and better equipment.

While everyone views sport like Table Tennis as just a “non-mainstream” sport, a legend like Tapan Chandra sees it as an alternative sport where Indian paddlers have not only proved themselves but will do even better in the future. And all we can contribute to this genuine hard work is to give our support and of course, the praise and motivation to them. 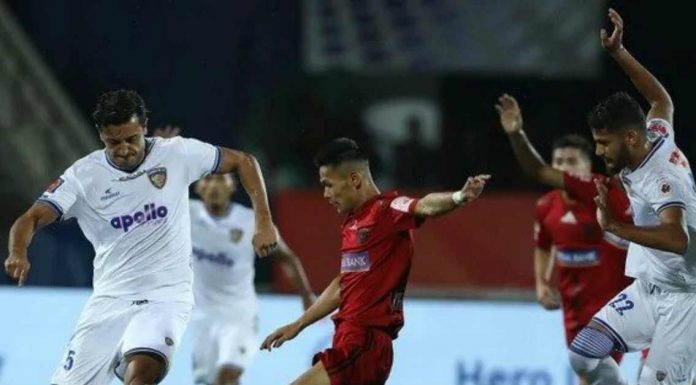