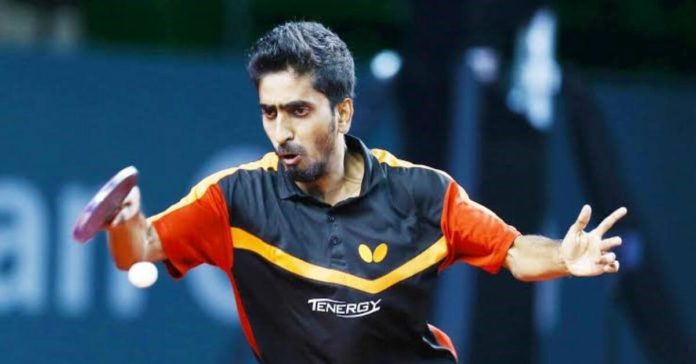 The Indian table tennis contingent has been granted quality training partners in the months of December and January, ahead of the much anticipated World Qualification Event which is to be held in Portugal.

India’s ace paddler G Sathiyan had requested the Table Tennis Federation of India (TTFI) to approach the South Korean federation for a ten-day training stint. TTFI followed it up and held talks with their South Korean counterparts. And after talks between the two countries, South Korea confirmed development on the matter on Monday.

A letter of acknowledgement was sent to Sathiyan and TTFI where the dates were decided from December 17 to 27.

A cheerful Sathiyan took to Twitter to share the significance of the progress. He will be training alongside the South Korean national team. South Korea and Japan don’t usually invite countries to be a part of their national camps but this is a testament to how good the Indian paddlers are considered.

Sathiyan, who is an Arjuna Awardee, will be traveling alone for the trip and his personal coach S Raman will be in constant communication with him while being involved in the analysis of training videos and offering suggestions.

Meanwhile, the entire team of both men and women will be travelling to Dusseldorf, Germany to participate in the official camp ahead of the qualifiers. However, the camp is pending its final approval.

Once the Canadian Open concludes in the first week of December, there is a gap in the calendar and the Indian male paddlers have decided to hold training in Chennai during this time as a unit. Sathiyan, Sharath and Anthony Amalraj are from Chennai, while Harmeet Desai and Manav Thakkar will fly down for the training camp.

The training is set to commence on December 20th and the paddlers will train at the Nehru Stadium. Sathiyan will join once he completes his training camp with the South Korean national team.