The most exciting and pulsating version of Basketball, the 3×3 Basketball is making its Summer Olympics debut in Tokyo 2020. India has been chosen to host the first-ever Olympic Qualifier for the event in March 2020 and this article discusses the sport in general and the history behind it and also analyses India’s chances at the coveted event.

3×3 Basketball is a new variant of the traditional sport of Basketball with just one half of the court used. Inspired by Streetball, a sport mostly played as a leisure sport on streets started gaining publicity in the 2000s. After several test events with standardised rules in place, the sport finally made its international debut in the 2009 Asian Youth Games. Later on, the sport went on to feature in all the Youth Olympic Games, including the most recent one in 2018 at Buenos Aires. It was already a part of European games from its inaugural edition in 2015, and then in 2018 it made its debut at the Asian Games and finally in 2019 making its presence in the Pacific, Pan-American and the African Games.

Indian Basketball has seldom been an eye-catcher at the global stage. However, the country has seen a better haul in its 3×3 Basketball performance, compared what we have achieved in 5×5 Basketball. India competed in the inaugural edition in 2009 Asian Youth Games in both the boys and the girls’ categories. The girls reached the quarterfinals but could not go beyond that while the boys were knocked out in group stages. In the Youth Olympic Games India only participated in the boy’s event at the inaugural edition where the event was first introduced in an Olympics. The team could not overcome the preliminary round, finishing at a disappointing 18th place out of 20 participating teams.

In the senior circuit, the Indian Women’s team won the inaugural edition of the FIBA 3×3 Asia Cup in 2013. This was a stupendous achievement considering the fact that India had never seen any notable success in a highly competitive sport of Basketball. The girls paved the way for the game to take its roots in the country. However, they have not seen much success so far with the next best being a 4th place finish in 2017. On the other hand, the men have struggled to match the success of their women’s counterparts in the continental cup. For the 2018 Asian Games due to the rule set by Indian Olympic Association to not send teams that are ranked lower than 8 in the continental rankings, India did not send an entry for 3×3 Basketball.

Also, India have never qualified for the FIBA 3×3 World Cup. So, none of these results indicates that India can challenge the top teams in the world stage yet, but there are definitely indications of steady growth of the sport in the country.

In 2012, FIBA introduced an annual World Tour event comprising of a Masters series and a tour final. In the event, countries are represented by teams based on its cities and each team have to go through a qualifying process to take part in the tour. From India, teams from Delhi, Bangalore, Chandigarh, Chennai and Hyderabad have all taken part in the competition over the years. The best finish for India came in the 2018 edition of the tour where Delhi finished 12th and went on to qualify for the tour finals in Beijing. However, they couldn’t proceed beyond the group stages in the final and finished 9th among 12 teams. In this edition, Hyderabad became the first-ever Indian city to host a Masters event.

There is a domestic franchise styled league that is already in place currently in its second season. The league, which is modelled based on the franchise-style IPL, is not only restricted to the country but the entire Indian subcontinent including Bangladesh, Sri Lanka, Nepal, Bhutan and Maldives.

The top teams from the league qualify for the World Tour. It is run by a private firm who are also the main sponsor for the Olympic qualifier event. They have been playing a major role in spreading awareness about the sport to the masses by organising matches in malls and city centres which are the highly commercial areas of a city. Due to this, the games drew large crowds all over the country, and the interest started to grow in no time. Basketball, as a game, was already very popular in schools and universities and this format was already widely practised as a training routine. People were awed by the simpler, faster and the most exciting version of Basketball now being played professionally.

This league has had an enormous impact on the game in the country. Moreover, with the inclusion of the sport at the Olympics more people started to take it seriously. It currently comprises 12 men’s teams and six women’s teams and the owner’s ambition is to expand it to 36 teams in seven years. With more teams, the talent pool will definitely increase providing an opportunity for more number of players to take up the sport professionally.

The Olympic qualifier event will see a total of 40 teams with 20 in each gender with three qualifying places available for each gender. Along with the hosts, the participants for the event have been decided based on the FIBA rankings. For both the genders, the 20 teams have been divided into four groups of five teams each. Top two teams from each group qualify for the knockouts with the finalists and the third-placed team qualifying for the Olympics.

In the Men’s draw, the Indian team who are ranked 66 in the world, are grouped against Netherlands, Latvia, Canada and Croatia. Netherlands and Latvia are placed in the top 10 in the world rankings and might prove very hard to beat. Canada and Croatia, on the other hand, are ranked 18th and 19th, respectively. In the Women’s draw, the 55th ranked Indian team are grouped against Italy, Chinese Taipei, Czech Republic and Switzerland. Italy and Chinese Taipei are ranked 8th and 9th in the world while Switzerland and Czech Republic are in the top 20. India need to be physically very strong and tactically very smart to cause and upset or two though that might still not be enough to qualify for the next stage. The only way forward is by winning three out of the four games at least.

Finally, while it seems an uphill task for Indian teams to qualify for the big-ticket Olympics, we can still be quite optimistic about our chances and hope that the home advantage and home crowd does play a defining role. Regardless, we as hosts should treat this as a unique opportunity to give out our best and not worry too much about the results. Because it doesn’t happen every day that we get to challenge all the best teams in the world right in our own backyard. Also, this event can be used as a major platform to spread the game across the country further, now that it has become an Olympic sport.

Prasanna Haritas
A passionate sports lover following most of the sports India plays in almost religiously.

Wednesday morning passed in frenzy for Indian sports journalists. While it was Neeraj Chopra's feat of qualifying for Tokyo Olympics made the...
Read more
Tokyo 2020

Indian football has seen several big-money announcements of late but the ATK-Mohun Bagan merger arguably has the most far-seeded effect amongst the...
Read more
Basketball

Leander Paes and Jelena Ostapenko defeated the Australian pair of Marc Polmans and Storm Sanders 6-7 6-3 10-6 in the first round...
Read more 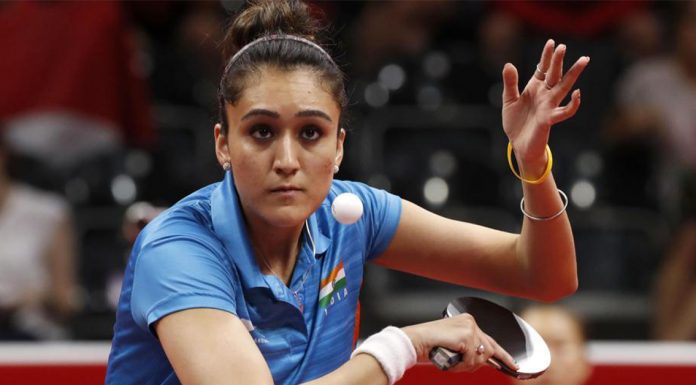