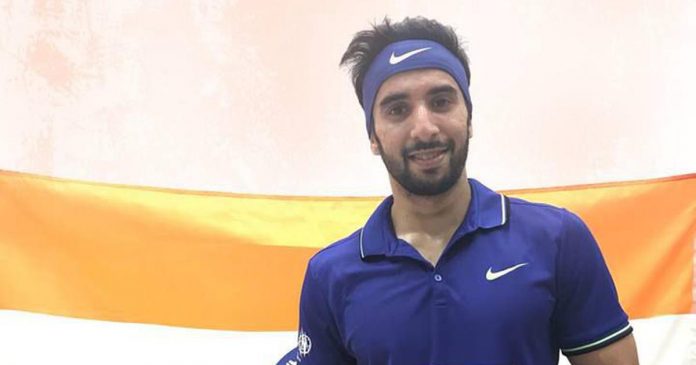 India’s Vikram Malhotra won his 12th Professional Squash Association (PSA) title when he clinched the Men’s Oregon Open Challenger Tour Event that was held in Portland from 11th February to 15th February 2020. With it, he also became the player with most individual titles for India in squash in the men’s circuit.

The 30-year old was the top seed in the event and lived up to his billing with clinical wins in his first few rounds. He received a bye in the first round and scored a thrilling win against Andrew Douglas in the second round 8-11, 11-4, 11-8, 13-15, 14-12 to enter the quarter-finals. He met seventh seed Peter Creed in the clash, and comfortably got the better of him in straight sets 11-6, 12-10, 11-6 and reached the semis.

Malhotra, currently ranked 57 in the world, made his PSA World Tour debut in 2015 and secured his first title in style after claiming a shock win over the number three ranked player Arthur Gaskin in the finals of the Betty Griffin Memorial in Florida, which was just his third-ever PSA Tour event.

The Indian backed up his feat with a runner-up finish at the Seattle Open and then won the Malaysian Squash Tour crown and the Charlotte Open in successive months to begin his professional career on a high. Malhotra was the runner-up at the Texas Open in 2016 and won two back-to-back titles the following year at the Scotland Open and the Abu Dhabi Open to announce his arrival in style.