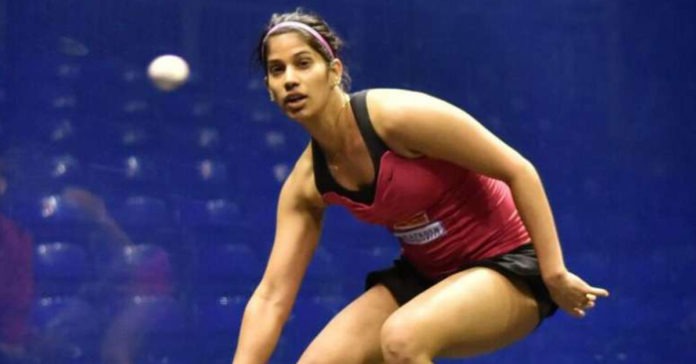 Joshna Chinappa believes that the lack of a full-time coach for the Indian team is hampering the progress of the younger players, even as the Squash Rackets Federation of India (SRFI) is keen to carry on with their system of ‘event-based coaching’, where they hire experts for a short term.

The Indian squash players have been without a full-time coach since Ashraf El Karargui of Egypt left his role ahead of the Commonwealth Games last year. Karargui had sent in his resignation papers ahead of the event after a long tussle with the SRFI.

“The SRFI treated me unprofessionally and questioned my decision-making more often than not. You can’t expect anyone to operate as usual in such a scenario. I want to be there for the players at CWG but it is best for them to go ahead without me as there is too much distraction,” an emotional Karargui had said when handing in his papers.

Since then, the Indians have been training without a foreign coach, and even though players like two-time World Champion David Palmer trains the side before big crucial tournaments, Chinappa is of the view that a full-time coach is a must.

“In my personal opinion, I do think a full-time coach is a must. It’s very important to have someone everyone can go to, or look up to, or get inputs about their game from, no matter where you are.

“And we did have that two years ago, with the last coach who was here. It was superbly positive for all of us. I do think if that happens again it would be really good. And I hope it does happen,” she said to the Times of India at the Indian Squash Academy on Tuesday.

She further added that the absence of a coach is more detrimental to the junior players, who often cannot afford individual trainers. “I have a suitable team in the UK (she trains with Hadrian Stiff in England). The absence of a coach for national players does not affect me personally, but for the development of junior players, it would be better to have a full-time coach.”

However, the SRFI is in no mood to relent, with secretary general Cyrus Poncha stating that unnecessary rifts are created when a full-time coach is appointed. “The last time we had a full-time coach, the players created internal problems and left. We will maintain our policy of having event-based trainers. We wanted to bring someone during the Asian Championship earlier this year. But unfortunately, it did not happen. We are sure it will happen next year.”

He also added that the current system is more economical, and the federation will stick to their system for at least the current year. “Overall, if you look at it, it [having different coaches for a particular tournament] is an economical one and will definitely help the [Indian] players,” he said.