This win forms a part of the inspiring journey that Sandhu has forged ever since he suffered from severe nerve impingements last December. 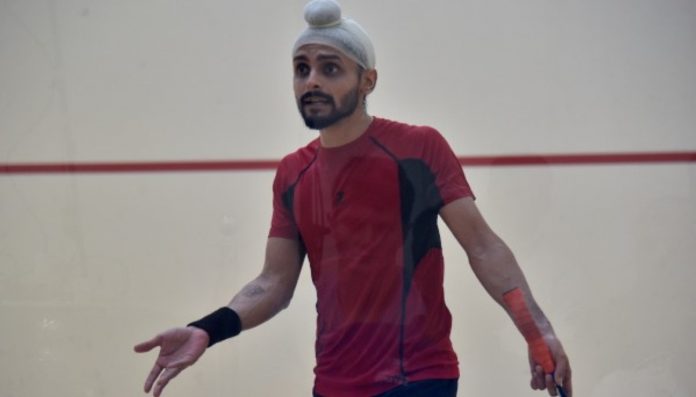 Squash player Harinder Sandhu defeated Tomotaka Endo of Japan 11-5, 11-6, 11-7 in just 31 minutes to win the HCL-SRFI India Tour title in Mumbai on Saturday. The win comes just a few days after he won a silver medal in the South Asian Games that were held in Nepal and forms a part of the inspiring journey that Sandhu has forged ever since he suffered from severe nerve impingements last December.

The freak injury was accompanied by disk bulges and scoliosis that meant his spine shifted to the left, and put a question mark over Sandhu’s future as a squash player. The player found it tough to even touch his knees, with his movements restricted as well. “In the initial three months, I was literally not able to do anything by myself. Even while walking, I felt stiff. I had a lot of pain even while eating and sitting. It was a dark period,” he says. However, the determination to get back on his feet never left the Punjabi.

The first three months of his injury from January to March were spent at the Abhinav Bindra Targeting Performance Centre where he focussed on strength conditioning and then trained at the Primal Patterns, run by former fitness trainer of the Indian team Shankar Basu.

Even though he was out injured and recuperating, Sandhu was coaching the Indian team in the Asian individual championships in May in Kuala Lumpur. He staged a comeback in the professional circuit this October after a long gap of ten months by playing in the PSA Challenger Trophy in Chennai, where he lost in the semis.

Sandhu, who had reached the top-50 in the PSA rankings in April 2018, is currently ranked 177 in the world, with his immediate aim being fit and ready for the 2022 Commonwealth Games and the Asian Games. “It is going to be very tough. [But] If I stay physically fit and mentally motivated, I may even reach the top 30. It is just that I have to keep playing and keep pushing myself,” he said.