Amiya Mallick could run 100 meters at 10.06 seconds even in July 2019! The IndianOil athlete was in Finland for training at the Pajulahti Training Centre during that time, and he participated in a couple of tournaments there. Clocking such impressive timings had lifted the Odisha sprinter‘s morale, who seemed confident about earning the qualification time (10.05 seconds) for the 100 metres event at the Tokyo Olympics next year. But fortune doesn’t seem to favour him it seems.

Firstly, Amiya was stressed out travelling from one city to another to participate in different European competitions. Secondly, he was also bereaved by his beloved grandfather’s demise in August. His mental state reflected during his performance at the Open Nationals this year. Though Amiya clinched the gold medal in 100 meters, his timing (10.46 seconds) was far from the timings he had clocked at the European competition.

Amiya has been busy for the past couple of months to train for the South Asian (SAF) Games, scheduled to be held in December in Kathmandu, Nepal. Speaking to The Bridge on Tuesday, the 26-year-old sprinter said, “I am looking forward to participating in a few IAAF organised international tournaments before Tokyo Olympics. I am desperate to earn the qualification mark for Tokyo. In a bid to reduce the timing, I also have plans to go to the US to train under coach Taiwo Ariyo sometime in the early next year.”

The sprinter who still holds the national record (10.26 seconds) was supposed to go to the US for extensive training at California under Ariyo in April 2018. The Odisha government had agreed to sponsor Amiya’s whole training programme in the US. Even, Ariyo promised him that during the training, Amiya would also be able to take special classes from legendary Maurice Green. But the sprinter could not go there as at the last moment, the US embassy refused to give him the visa in spite of submitting all the relevant documents. Amiya still languishes while remembering his inability to go to the states last year. He stated:

Amiya also had paid attributes to IndianOil. He mentioned two incidents for which he is still indebted to the organisation, Amiya asserted, “IndianOil was the first organisation to have offered me a scholarship when I was stumbling with a crisis in 2008. The scholarship amount might have been Rs 5,000 only, but no one else had come forward at that time. This year, I have been promoted as a permanent staff with a decent pay-package.”

The second incident which Amiya will forever remember happened in 2012. The sprinter had to undergo major surgery and he had to just limp for some months during the post-operation phase. He could not even walk. “The organisation kept supporting me, and they had their faith on me and believed that I’ll return to the tracks. It was possible as IndianOil is an organisation which is dedicated to promote and inspire the sportspersons across the country.” 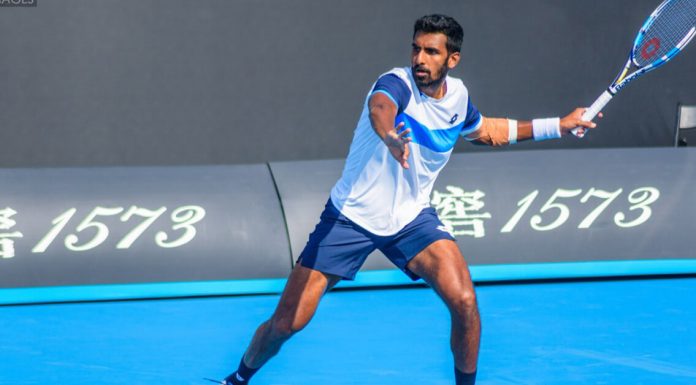