Rijiju highlighted the need to fuel a fitness culture among the people.

Kiren Rijiju, Minister of State for Youth and Sports, urged the Centre and the states to make collective efforts in a bid to popularise the sporting culture in the country. He also stressed on the idea of making India a fit nation.

Rijiju announced his appeal in his inaugural speech at the Conference of Ministers and Secretaries of the States and Union Territories in charge of Youth Affairs and Sports in New Delhi. Speaking at the conference, he hailed fitness targets and encouraged the states to harmonise with the Centre’s sporting activities. “The Youth Affairs and Sports departments have a large human capital at their disposal, which more than makes up for the dearth of the financial resources. We should recognise our strength,” said Rijiju at the event, according to a PTI report.

Rijiju also highlighted the need to fuel a fitness culture among the people. “There are over 80 lakh volunteers working in various programmes of the Centre. On 2nd October this year, over 24 lakh volunteers participated in the plogging programme, making it one of the largest human participation in the world in a single programme,” he elaborated.

He later stressed that the initiative has to be a people’s movement, citing Prime Minister Modi’s ‘Fit India’ drive as an excellent initiative for promoting fitness and sports in the country. He also stated that the Prime Minister has directed the central ministers to make ‘Fit India’ movement a part of their programmes, aimed at making fitness an integral part of people’s lives.

Recently on the Khelo India programme, Rijiju said that the government’s motive behind the ‘Fit India’ initiative has begun bearing fruit. He also stressed that India should endeavour to be among the top ten performers in the 2028 Olympics.

Speaking about sports and fitness equipment being labelled under the highest tax bracket in the GST, he called upon the states to work in tandem with their respective finance ministers in order to make recommendations to the GST council to lessen the tax load. 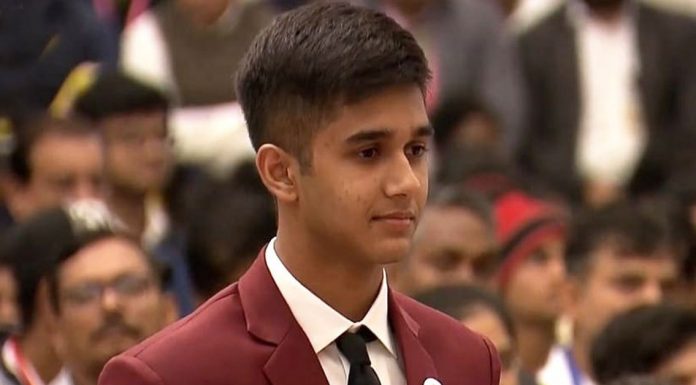 Sarah Waris - January 23, 2020
Yash Aradhya S of Bengaluru became the first Indian motorsports player to receive the Pradhan Mantri Rashtriya Bal Puraskar award from President Ram Nath Kovind when he was awarded on Wednesday. Yash was one of three individuals to receive the award at...
Read more