Home The curious case of discrimination in sports earnings
Featured

The curious case of discrimination in sports earnings There was a scene in the 2007 Shahrukh Khan movie Chak De! India, which was based on the 2002 Commonwealth Championship win of the Indian women’s national field hockey team. In it, the hockey board outright refused to send the women’s hockey team, that Khan’s character was coaching, to the World Cup tournament. The board also made it quite clear that they would rather use the fund for the men’s hockey team instead.

Chak De! India went on to become a superhit film. And even though the scenario of women’s’ sports in India has come a long way since then in terms of acceptability, sadly, the real-life economic state of women’s sports, as portrayed in the film, hasn’t changed much in last one decade.

Women’s sports still gets treated like the somewhat-lame half of men’s sports that can and should make do with leftovers, because women’s sports isn’t powerful enough and they clearly ‘have it easy’. During the 2016 BNP Paribas Open, CEO of Indian Wells Raymond Moore said that Women’s Tennis Association (WTA) ‘ride on the coattails of the men,” and that ‘If I was a lady player, I’d go down every night on my knees and thank God that Roger Federer and Rafa Nadal were born because they have carried this sport.’

Previous year’s World No.1 male tennis player Novak Djokovic, defending Moore’s comments, said, “Obviously it’s a very delicate situation, Women deserve respect and admiration for what they are doing’ I have been through that process as well so I understand how much power and energy WTA and all the advocates for equal prize money have invested in order to reach that. I applaud them for that, I honestly do. They fought for what they deserve and they got it.”

“On the other hand, I think that our men’s tennis world, ATP world, should fight for more because the stats are showing that we have much more spectators on the men’s tennis matches. I think that’s one of the reasons why maybe we should get awarded more’ there are data and stats available upon who attracts more attention, spectators, who sells more tickets and stuff like that, in relation to that it has to be fairly distributed.”

Even though the same ‘stats’ showed that the U.S. Open showdown between the Williams sisters in 2001 was the first time a Grand Slam women’s final aired in primetime, and a record-breaking 22.7 million viewers watched older sister Venus beat younger sister Serena. This was just one among the many examples of how women’s sports get appreciated by the audience, just as much men’s sports do!

In 2016, the net worth of global sports industry was estimated to be somewhere between $480-620 billion. In India, even though it’s only been a few years that the sports industry started seeing a boom, it’s revenues had jumped from ‘43.7 billion ($676 million) in 2013 to ’48 billion ($743 million) and is on a steady rise. Yet, the net worth of women’s sports accounts for only a fraction of it.

The growing commercialization of sport seems to be one of the biggest factors that are contributing significantly to the pay disparity. A list of world’s highest-paid athletes, published by Forbes in 2015, showed that tennis star Roger Federer, who ranked fourth in the list, earned $58 million in endorsements. Serena Williams on the other hand, arguably the greatest woman athlete, was the only woman on that list, with an earning of $19 million from endorsements.

Despite such discrepancy, it is a fact that tennis has a much better scenario in terms of equal wage for the genders, since as of 2007, all four of the tennis Grand Slams, and a few other tournaments pay equal prize money to male and female champions. The global wage disparity between men’s sports and women’s sports is perhaps at it’s worst in cricket, football, and golf.

To give you an example of the wage disparity in cricket, the 2017 ICC Women’s World Cup Winner England team took home $0.66 million in prize money. But the prize money for the 2015 Men’s World Cup winning Australian team was a whopping $10 million.

Not to mention the 2015 FIFA World Cup champion U.S. women’s football team won a prize money $2 million, while the German team got $35 million for winning the 2014 FIFA men’s World Cup.  It was the same U.S. women’s team that filed a wage discrimination complaint with the Equal Employment Opportunity Commission because they got paid up to 40% less than members of the U.S. men’s team. After waiting for more than a year, their contracts were amended with a near-about 30% increase in base pay and a promise of better bonuses for individual games. But all is not lost. Just last month, Norway made what will hopefully be a pioneering move, by equalizing the salaries of Norwegian male and female football players. The Scandinavian country increased the pay of the female players by 3.1 million kronor (Rs 2.5 crore) and cut down the budget for their men’s team by 550,000 kronor (Rs 44.2 lakh), to have them meet at the 6 million kronor mark. And tennis has been making exemplary moves towards pay equality since 1973.

While globally, the scene is changing, if not rapidly, at least one sport at a time, the Indian sports scenario is an altogether different story.

Revenues generated from sports events grew 24.63% in 2016 to ‘3,510.8 crore according to the report titled ‘Sporting Nation in the Making IV’ published by GroupM ESP, the sports and entertainment arm of GroupM, a media buying agency that is part of WPP Inc., and SportzPower, a sports business news company. Much of the contribution is made by the various professional and franchise sports leagues that have come up in recent years. Alongside prestigious leagues such as Ranji Trophy and Duleep Trophy, the Indian Premier League of T-20 format has found a sure footing while generating massive revenues. And cricket is not the only sport that is contributing.

From Pro Kabaddi League to Indian Super League for football to Premier Badminton League, the sports scene is changing, and rapidly. All these leagues generate huge revenues, and attract a huge number of live and television audience, and also seem to be helping popularize sports, that are not cricket, in India. Yet, women have very little to no place in such a grand celebration. Except for Premier Badminton League, none of the other franchise leagues employs women players!

To put pay disparity in Indian sports into perspective, let us consider the case of the Indian women’s ice hockey team. The team, which put up a brilliant fight in the Challenge Cup of Asia in Thailand in March 2017, had to resort to crowdfunding in order to gather enough funds just to attend the tournament. They were internationally acclaimed despite preparing without a proper rink, or proper training equipment, for the tournament.

Ice hockey may sound foreign, but let’s take a look at the most popular sport in India – cricket. Right before the 2017 ICC Women’s World Cup Championship, BCCI increased the salary of members of the Indian women’s cricket team. While it seemed like a welcome change, in reality, the increased annual retainer fee of ’15 lakh and ’10 lakh for grade A and grade B players respectively, is nothing compared to the whopping ‘2 crore for grade A, ‘1 crore for grade B, and ’50 lakh for grade C that male cricket players get paid by BCCI. The wage disparity doesn’t end just there. The captain of mens’ cricket team of India, Virat Kohli, ended 2016 with endorsement deals worth ‘120 crore, and now earns ‘5 crore per day for advertisements, and is also the highest paid Indian athlete. Most players from his team earn significantly from advertisements and endorsements. On the other hand, most of the players from the Indian women’s’ cricket team, despite giving a stellar performance in the 2017 ICC Women’s World Cup and consistently performing well, consider themselves lucky if they find some company to even sponsor their kits.

Dronacharya Sunita Sharma, coach of Delhi women’s cricket team, while talking about the sorrow state of women’s sports in India to Times of India in 2015, said, “There is no proper talent scouting…There are no sponsors for the game. The media doesn’t highlight achievements. Female sportspersons get the lowest rank in government jobs. We haven’t even won 50% of the battle…Give women more opportunities. Give them proper remuneration, and then if they don’t produce results, take actions.” And as dire as it may sound, even after two whole years, the situation remains the same.

Sharma had perhaps nailed the issue of gender wage gap in its head. The sexist and misogynistic attitude towards women’s sports, most of which have male authority figures in their boards, hampers women’s sports from all sides. Because of the meagre number of women members in decision making positions in sports, women’s sports gets neglected – not only financially, but also in terms of exposure. Globally, governing bodies and boards still have less than 30% board members who are women. International Sports Federations have only about 18% female members, while the National Olympic Committees have about 16.6% members who are women, according to a Global Board Data report published in 2016. The for and by men ‘election and selection processes’ help in keeping women members at bay, something Sunita Sharma herself was a victim of.

This lack of exposure and finance stops women’s sports from being known and getting an audience. Because of which, very few people follow and care about women’s sports. And players and board members with the mentality like that of Novak Djokovic then use those ‘stats’ to justify the wage disparity between male and female players.

Gender discrimination is abundant in the field of sports, and it is the primary cause for the glaring wage gap between male and female players, as well as for sustaining it. The only way to end gender wage gap in sports then is to rectify the difference in attitude towards men and women, and how they play. As Tony Collins, author of Sport in Capitalist Society (2013), once said, ‘Until there is a fundamental shift towards gender equality across society, women in sport will always be treated as underpaid second-class citizens.’ 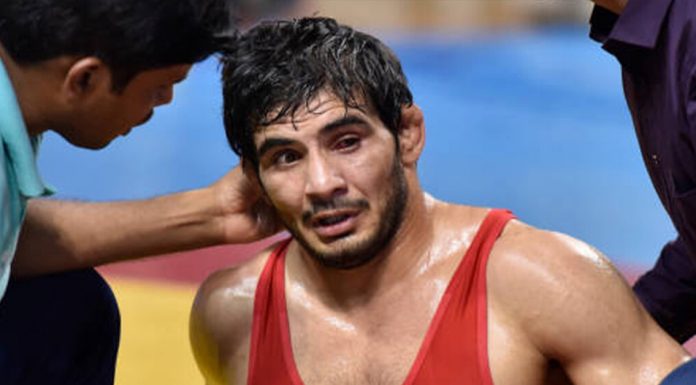