With stupendous forms by their sides, Indian shooters Saurabh Chaudhury, Elavenil Valarivan and Divyansh Singh Panwar emerge as World No. 1 in their respective categories Three Indians end the year as No. 1 shooters after the season-ending ISSF World Cup Final concludes in Putian, China on Friday. The top-ranked crowns are held by shooters Elavenil Valarivan, Divyansh Singh Panwar and of course Saurabh Chaudhury. Amid all other sports, Indian shooters, particularly hogged the limelight with stupendous form by their side this year. Their consistency paid dividends which ended up earning a total of 15 individual quotas for the country at the Tokyo 2020 Olympics, their largest-ever participation in the quadrennial sporting gala.

After topping the medal tally in the all the four Shooting World Cups this year, Indian shooters struck a home run on Thursday when Manu Bhaker, Elavenil and Divyansh went on to win gold medals in the 10m events at World Cup Final. After Manu Bhaker clinched gold in the women’s air pistol final, Elavenil brought India’s second gold in less than an hour in the women’s air rifle competition. An hour later, Divyansh shot down the third gold of the day in the men’s air rifle event.

With a rating of 2935, Elavenil sits at the top of the pile in the latest 2019 ranking published by ISSF on Friday in 10m Air Rifle Women category. Till yesterday, her compatriots Apurvi Chandela and Anjum Moudgil were placed in the World No 1 and 2 positions, respectively and she was placed at 3.

The Ahmedabad-based Elevanil, made an effortless transition from the junior to the senior circuit when she made her maiden World Cup appearance in New Delhi after winning all that was on offer in the junior category with multiple gold medals. She missed out on a medal in close competition and finished fourth at the World Cup in Munich. However, she rose to be one of the elite shooters of the country when she claimed her maiden gold in the senior circuit in the ISSF World Cup in Rio de Janeiro.

In March 2019, she also picked up a gold medal in the 10m Air Rifle event at the 12th Asian Airgun Championship in Taoyuan, Chinese Taipei and she was one of the four medallists from India at the World University Games where she picked up a silver in the individual event and a bronze in the women’s team event. Thursday’s gold at the World Cup Final came as a shot in the arm for the young shooter as she upstaged her more illustrious compatriots to win her biggest medal yet.

Though Apurvi and Anjum won the two Olympic quotas for India in 10M Air Rifle, Elavenil’s recent streak of performances now puts pressure on National Rifle Association of India (NRAI) about whom they are going to send for their Olympics as their policy states to select those who have won quotas.

It was an age-defying feat for Divyansh Singh Panwar on Thursday when he clinched the gold medal in the 10m air rifle. He shot a score of 627.1 in qualification and 250.1 in final, edging past the defending World Cup final champion Hungary’s Peni Istvan by 0.1 point, which furnished him a position at the top of the rankings.

Divyansh had secured India’s first Olympic quota in 10m Air rifle with a silver medal at the ISSF Beijing World Cup in April, and had been competing in the Minimum Qualification Score (MQS) category for the last three months.

Talking about Saurabh Chaudhury’s performance, he is already been deemed by many as India’s favourite among the medal prospect at Tokyo 2020. And now he is the no. 1 shooter in 10M Air Pistol Men’s category with a rating of 3044.

In 2018, Saurabh became the youngest Indian shooter to win a gold medal at the Asian Games. He continued his gold medal streak at the Youth Olympic Games 2018 in Argentina, alongside two more gold at the Asian Airgun Championship in team and mixed team competitions. In 2019, Saurabh won the individual gold medal at ISSF World Cup in Delhi, a mixed team gold medal with Manu Bhaker at the Beijing World Cup. His biggest feat this year came in May where he won another gold and broke the world and junior records in 10m pistol at the Munich World Cup.

India tops the tally with a total of 19 gold medals at all the World Cups, barring the two gold medals in the mixed-team events at the World Cup finals, this year and it will be interesting to watch how our shooters are going to fair at the Olympics which is around eight months away.

Only about 250 days have gone by, and yet, a lot has changed since Chennaiyin FC was on the pitch the last time when...
Read more
Cycling

Following the outbreak of COVID-19, it has been seen that Indians have been preferring bicycling over going to gyms to maintain their fitness regime....
Read more
Karate

Karate and Taekwondo are two of the most popular martial art forms across the world. The sport of Taekwondo is being played regularly since...
Read more
Football

2020 has been a very strange year. From the pandemic to many other disasters, the world of sports came to a standstill for quite...
Read more
Football 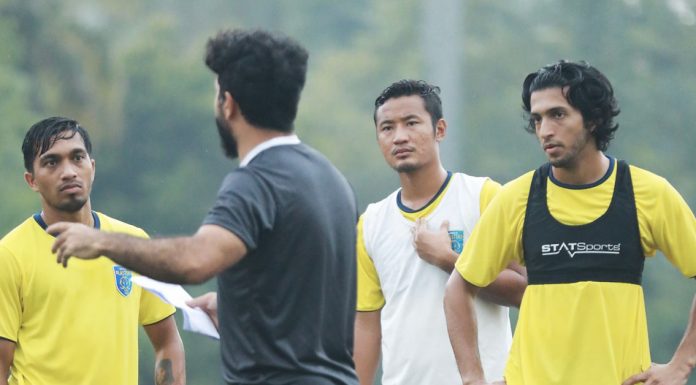