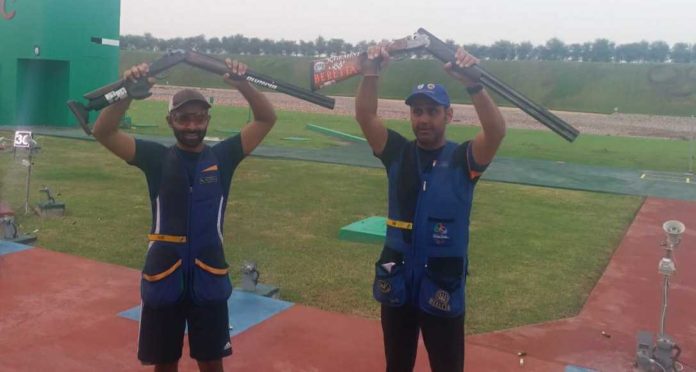 Indian shooters Angad Bajwa and Mairaj Ahmad Khan earns Olympics Tokyo 2020 quotas as they win gold and silver, respectively in the skeet event of Asian Shooting Championships in Doha, Qatar on Sunday. They took India’s number of shooting quota at 2020 Tokyo Olympics to 15 (highest-ever for the country).

While Angad shot 56 in the final, Mairaj also finished shooting 56. They both were engaged in a shoot-off to clinch the top honours at the tournament, where Angad won the shoot-of 6-5.

In Tokyo 2020 Olympics, India will field 15 shooters, it’s highest-ever. Till now, India had sent a maximum of 12 shooters at the Olympics, which came during the Rio Games in 2012. Press Trust of India - Modified date: September 17, 2020
The Karnataka Swimming Association has announced that it will provide a three-month financial relief package worth Rs 15 lakh to coaches and pool staff in the state in dire need of monetary support after swimming pools remain shut into its sixth month due to...
Read more