The final results ensured a top finish for India with a rich haul of 30 medals across all five ISSF World Cup stages this year.

Finishing their campaign on a high note, Indian shooters bagged a total of eight medals, including five gold, two silver, and one bronze and topped the medals tally at the ISSF Shooting World Cup Final in Putian, China.

On the concluding day of the tournament on Friday, India clinched two gold medals as the Indian duo of Manu Bhaker and Divyansh Singh Panwar paired up with their respective counterparts to walk away with gold in 10m Mixed Team competitions.

Manu Bhaker teamed up with Russia’s Artem Chernousov to win the gold at the 10m Air Pistol Mixed Team event on Friday. The 17-year-old staged a remarkable comeback to claim gold in the 10m Air Pistol Women’s event on Thursday after being knocked out in the 25m Pistol women’s event despite getting off to a good start with a score of 292 at the precision stage. Having stood 10th in the leaderboard after the rapid stage, Bhaker failed to qualify for the finals. All dejection was gone, and her despair yielded to excitement only the next day when she bounced back with gold in the 10m Air Pistol event, which was a new world junior record score.

Apurvi Chandela partnered with Zhang Changhong of China to clinch a silver medal in the 10m Air Rifle Mixed Team’s event. Having won two gold medals this year, one at Delhi World Cup and the other at Munich World Cup, Apurvi had already won the Olympic quota after she was placed fourth at the World Championships.

Earlier in the day, the duo of Saurabh Chaudhary and Anna Korakaki teamed up to pull off stiff competition in the 10m Air Pistol Mixed Team’s event as they finished second behind Manu. However, to their dismay, Manu’s team managed to shot a lead after trailing at the second position and the duo narrowly missed out on a gold medal. Another Indian, Shahzar Rizvi paired up with Zorana Arunovic of Serbia to seal the bronze medal in the same event.

20-year-old Elavenil Valarivan also shot a score of 250.8 in the 10m Air Rifle Women’s event to top the podium in a tough pool and added another gold to India’s medal kitty on Thursday. Her gold medal further increases her chances of making the cut for the Tokyo Olympics 2020.

Amid the precocious Elavenil’s meteoric rise, Abhishek Verma failed to produce a masterful performance at the World Cup finals. He had won two gold medals and one silver earlier this year.

All three Indians in the fray on Day 1 of the tournament were unable to make the final round, with Anjum Moudgil and Akhil Sheoran finishing 13th in the 50 metres 3 Positions Women’s and Men’s competition respectively. Sanjeev Rajput, too, missed the final by just a point, finishing 9th with a score of 1153.

Although it was a dismal start for India at the World Cup, the final results ensured a top finish with a rich haul of 30 medals (21 gold, six silver, and three bronze medals) across all five ISSF World Cup stages this year. 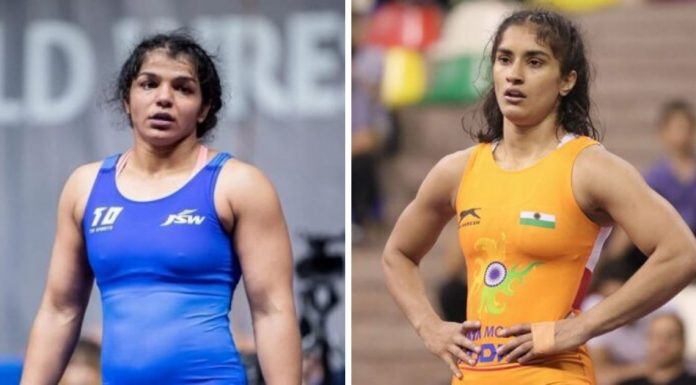