Five years back, Gongutri Bordoloi suffered a massive road accident while training that left her with a broken collarbone and multiple lacerations.

Gold medallist Gongutri Bordoloi‘s cycling dream may have ended even before it took wings if her mother had her way. Five years back, the girl from Naogaon in Assam, suffered a massive road accident while training: it left her with a broken collarbone and multiple lacerations, injuries that kept her off the saddle for over a year.

At the Khelo India Youth Games on Monday, she won the U-21 girls’ road race cycling gold medal. “When she saw my state, my mother put her foot down, and told me to give up the sport,” the 17-year-old said. “But my father, a policeman, stood by my side, fought for me and made me cling on to my passion when I could have been down and almost out.” She explained:

With gold in her pocket now, Gongutri can bury the idea of quitting for good. Not that she was really contemplating it. In an exciting road race, that wasn’t without its own challenges – where a back row scuffle left nine competitors injured and unable to finish — it was Gongutri’s late surge that won her the gold.

“I was a sprint cyclist earlier, but the injuries mean that I can’t burst through quickly now,” she said. “I switched over to the pursuit and the road recently. Even today I was nervous because I didn’t want to crash. I saw the commotion behind me and ensured I wasn’t near it.” As much as crashes are part and parcel of the sport in the mass start, Gongutri seems to suffer more than others.

At the Road Nationals in Bikaner last year, it was another crash that put paid to her chances for gold. She fell off the bike, clipped back on, and won back enough places to clinch silver behind her Assam team-mate Chayanika Gogoi, then. Now, it is Gongutri at the top of the podium, with Chayanika in third, a face-off that thrilled locals at the track no end. In an event designed for spectacle, there was no better advertisement than two local girls locking horns.

“I was hoping to win gold today, but even the bronze is good. A small mechanical issue pushed me back a little. But it’s a valuable lesson. I have to check these things much before the race,” Chayanika said.

Jivan Bora, the cycling head coach at the Directorate of Sport, Assam kept to himself the whole of Sunday when the Assam contingent missed out on the podium in every category of the time trials. “I didn’t want to speak to anyone, without having performed,” he said. “Now our athletes have won medals, so of course I’m walking with my chest puffed and my head high,” he laughed.

Gongutri and Gogoi both train at the SAI Centre in New Delhi now, having been selected for the National Camp in 2018, and credit the facilities for their performance. “In cycling, the irony is that it is an expensive sport, the equipment, and all cost a lot, but the athletes that perform well come from lower economic backgrounds,” Jivan Bora said. He conceded that Assam cycling works on a bare minimum and credited his athletes for pushing themselves to the limit with what they have.

“Now that we have two girls on the podium and many more prospects on the track, I am confident we will get much more resources and will be a force to reckon with nationally,” he signed off. 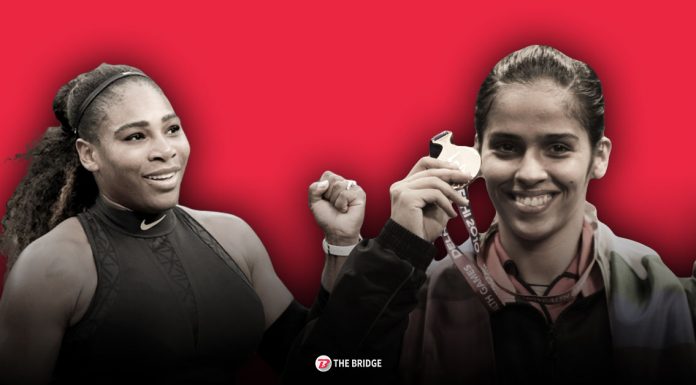 Sohinee - January 22, 2020
It's not an easy task being a star sportsman who has to perpetually hog the limelight with the critics ready with their pens to scribble and scrutinise the slightest of falters in form. The fingers are quick to jab and point whenever...
Read more