Last Updated on 9 months ago 1 min readJincheon (Korea): The Indian women’s hockey team overcame a 0-1 deficit to beat hosts Korea 2-1 in their second match here on Wednesday. In the first quarter, both teams traded PCs while the goalkeepers on both ends were up to the task to make good saves.

In the second quarter, the hosts beat the Indian defence to set up Lee Seungju to score a field goal in the 19th minute. The setback did not affect the Indian team’s rhythm as they made a stronger comeback in the third quarter. Skipper Rani scored a sensational goal in the 37th minute to equalise while Navjot Kaur scored the second goal in the 50th minute to take the team’s score to 2-1.

Speaking about today’s win, Chief Coach Sjoerd Marijne said, “Our performance was much better than the first match. Our skill control in today’s game was much better and the quality was good and consistent. I believe we could have scored more goals but the intensity and effort was good from the team.”

He further added that good results from here would boost their confidence for the important FIH Women’s Series Finals Hiroshima 2019. “I am happy with the adjustments the team made. We played our first match just 24 hours after we arrived in Jincheon. It is nice we have won two matches in this three-match series. This will surely boost the team’s spirit ahead of the FIH Women’s Series Finals Hiroshima 2019.” Marijne said. 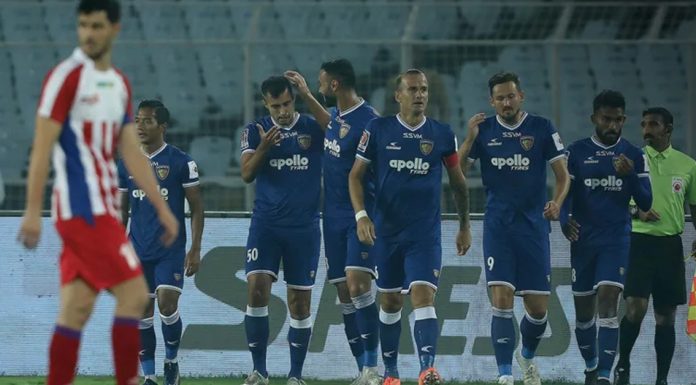 Md Imtiaz - February 17, 2020
Chennaiyin FC snapped ATK's four-match winning run with a dominating 3-1 victory to keep their play-off hopes alive in the Indian Super League on Sunday. ATK may have qualified for the playoffs, but the loss came as a big blow to their...
Read more