Raja and Ramanathan faced a close contest to win the first set but showcased composure to dominate and win the second set straight.

The Indian duo of Ramkumar Ramanathan and Purav Raja beat third-seed Saketh Myneni and Arjun Kadhe 7-6 (7-3), 6-3 in the finals of the Men’s Doubles event in the KPIT MSLTA Challenger in Balewadi Stadium, Pune on Sunday.

Raja and Ramanathan faced a close contest to win the first set. However, they showcased composure to dominate and win the second set straight.

The top-seeded duo had a pretty impressive run in the tournament who came fresh off after winning the Kobe Challenger, and in the semis, they beat Brydan Klein and N Vijay Sundar Prashanth 6-4, 7-5 to reach the finals.

On the other hand, Myneni and Pune local Kadhe, needed the match tiebreak to see off second seeds Vishnu Vardhan and Toshide Matsui 5-7, 7-6(1), 10-4.

Earlier, Ramanathan, who had raised hopes of making his fifth ATP Challenger single final, lost to Australian James Duckworth in the semi-final. The 25-year-old went down 6-7 (8), 2-6 in an hour and 36 minutes against the Australian to end the Indian challenge in Singles at the tournament. 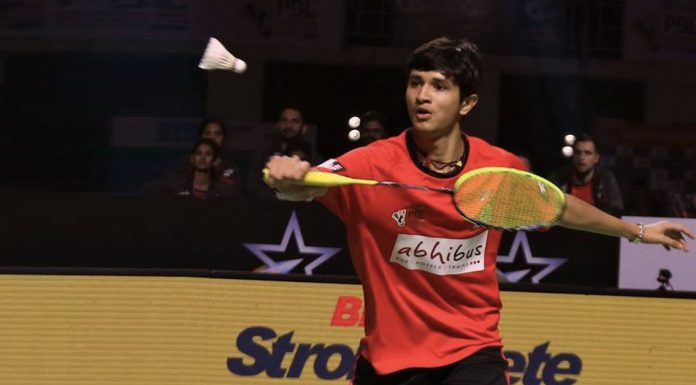 Team Bridge - January 21, 2020
With his array of sparkling backhand returns and exquisite movement on the court, Madhya Pradesh’s up and coming badminton star 17-year-old Priyanshu Rajawat impressed not just the spectators at the Jawaharlal Nehru Stadium on his debut at the Premier Badminton League but...
Read more