Prajnesh Gunneswaran earlier failed to make the main draw of the Australian Open men's singles event from the qualifying rounds but has progressed by way of being a lucky loser. 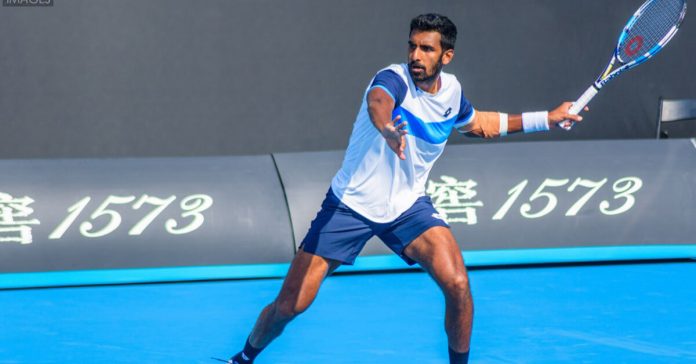 India’s top-ranked player Prajnesh Gunneswaran earlier failed to make the main draw of the Australian Open men’s singles event from the qualifying rounds but has progressed by way of being a lucky loser.

Prajnesh went down in straight sets to Ernests Gulbis of Latvia in the final round of the qualifiers on Friday. Ranked 122nd in the world and seeded 17th in the qualifiers, lost 6-7 (2), 2-6 to Gulbis in his final round qualifying match.

With Alex de Minaur and Kamil Majchrzak pulling out with injury and doping suspension for Nicolas Jarry, five players entered the lucky loser draw and three progressed into the main draw as replacement.

Gunneswaran will face Japanese wildcard Tatsuma Ito, ranked 145th in the world, in the opening round. A win here could setup a tantalising second round with seven-time champion Novak Djokovic.

Prajnesh had earlier defeated local wildcard Harry Bourchier and Germany’s Yannick Hanfmann.
Against Gulbis, it was a close first set which went into tie-break, where Prajnesh faltered to hand early advantage to his opponent.

In the second set, Gulbis broke Prajnesh in the first and third games to race to a 3-0 lead.

From there on, the Indian found it tough as Gulbis held his serve to close out the contest that lasted for one hour and 20 minutes.

Earlier, Sumit Nagal suffered a straight-set loss to Mohamed Safwat of Egypt to crash out in the first round of the qualifiers on Thursday.
Ramkumar Ramanathan on Tuesday made an early exit along with lone Indian contender in women’s singles