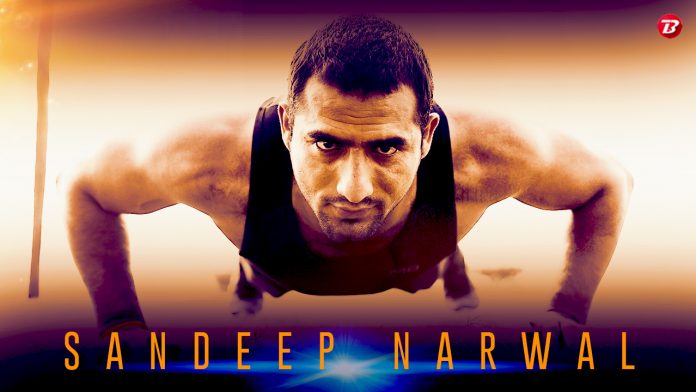 Aggression is one of the key traits that every athlete who aspires to be significant in kabaddi must imbibe in their style of play. According to me, a kabaddi player must be fit, healthy and have good stamina.

Apart from this, one of the most prominent features that elevate a player from just a good player to one of the best is their ‘on-field attitude’. Overall, the right mixture of aggression, boldness laced with an excellent understanding of the game and presence of mind dictates how good a player is.

In our city, kabaddi is the most popular game, and that is a game I played while growing up. When I was in school, OP Narwal, an IPS officer with the Haryana Police represented India at the Asian Games and with that became the first-ever player from our village to play at the highest level.

He set the trend and became an inspiration for all of us, and as a kid, I gradually picked up the sport as I played in many local tournaments.

That’s how I fell in love with the game. Although kabaddi was love at first sight, I played volleyball and occasionally wrestled as well. Being in Haryana, a culture of sports is not particularly something you can escape.

Soon, I was given a spot in the school team, which paved the way for my selection into the Haryana team for the state and national level. In my first junior nationals, all the way back in 2011, I won the ‘Best Defender’ award, and in the 2014 nationals, I made my mark as an all-rounder playing in the right corner position.

My big break came in the nationals when coach Jayveer Sharma recognised my talent and helped me channelise it. I began to train extensively at the Sports Authority of India (SAI) in Gandhinagar primarily as a raider and on his advise (coach Jayveer Sharma), I modelled my game to become the all-rounder I am today.

In 2014, when the Pro Kabaddi League was institutionalised, I decided to grab the opportunity with both hands and plied my trade for the Patna Pirates in the first three seasons.

After a stellar show in the first season, I was given a chance to lead the Pirates in the second season.

From that point, there was no room to look back. My only aim since then was to achieve greater heights in Kabaddi and make India proud of its indigenous sport.

Captaining the side, I came to understand that captaincy is not just a job, but it is a big responsibility.

I was honoured to have been bestowed with the job of leading the team, and I was happy to know that the management trusted me with this decision. At that point, I was confident and as an all-rounder focussed on my skills as both a raider and a defender.

Speed is undoubtedly my strength. Blocks and dashes are my favourite moves.

Kabaddi as such is a fast-paced game and players need to be agile. A player’s aggression certainly plays a huge role. I am not saying that a player needs to be aggressive throughout, but if you stay quiet while raiding or defending, the opposition player has an easier chance of taking you out.

For example, in a 30-second raid, your opponent will try and intimidate you with all kinds of tricks that he has up his sleeve. In my style of play, I always try to counter an opposition player with my aggression. I always maintain this style of play for the entire duration of the game which is a signal to my opponent that I am not scared of him and he cannot take me for granted.

My friends and family, however, tell me that I appear like an entirely different person when I am on the mat!

Coming to India’s loss in the 2018 Asian Games…

…I firmly believe sports is all about maintaining sportsman spirit. Winning and losing is part and parcel of the game, and one should know to accept defeat gracefully and learn from the previous mistakes.

The better team won the finals in this edition of the Asian Games which only indicates the rising popularity of the sport and is a sign that other countries are also embracing the game which will lead to the growth of Kabaddi as a whole.

The upcoming season of the Pro Kabaddi League comes with a lot of opportunities for us at the Puneri Paltan, and we have a great blend of experienced and young players. The team has a lot of potentials. Our coach, Ashan Sir, is a legend himself whose valuable guidance helps our team get better each passing day.

There are many captaincy contenders in our team since all the players have had glorious runs in the past seasons, which defines the strength of our team.

With the inclusion of new talent in the upcoming season, all teams are well balanced and have their own sets of strengths and weaknesses. The Pro Kabaddi League has given a platform for all the young players to showcase their skill and prove their mettle.

Everyone opposition team is a threat, and hence, there is no room for underestimating any particular player.

Whatever I am today is all thanks to my parents, who have provided their invaluable support and encouragement me to take up the sport and make a career out of it. I owe all my success to them as they continue to motivate me to do better every day. I also look up to my seniors and coaches who have helped me to learn a lot.

A player is never successful alone; there are a lot of people who have supported him or her throughout their journey.

The COVID-19 pandemic has led the TV industry come up with different things to keep the audience engaged and entertained. In a new development,...
Read more
Coronavirus

Responding to supplementaries during the Question Hour, the Minister of State for Youth Affairs and Sports said kabaddi is an indigenous sport and that the government would make efforts to take it to the Olympics.
Read more
Athletics

I have been running all my life | By Lalita Babar

Once I started uploading my pictures (in sportswear) on social media and started talking about it, there was a section of people...hardcore Hindus…who objected...
Read more
131,057FansLike
12,136FollowersFollow
7,155FollowersFollow