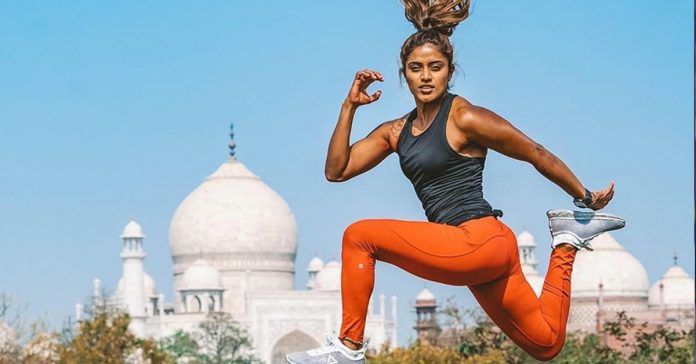 It is not about the body anymore. Of course, you are going to see physical changes. But mentally, you are going to be transformed more than your physical health. This is true for every single person who tries doing it. For people who go through depression, for women who go through abusive divorces…I am somebody who went through a divorce as well, and I was very depressed. Perhaps, the only thing that brought me out was working out. Work out for yourself, for your time…self-care. I wouldn’t have understood the pain and pressure had I myself not gone through difficult times in life.

Emotional abuse is rampant in our culture. I got married like any other Indian woman, I was in an abusive marriage that took a toll on my health. I myself did not know how to get out of it. Like any other Indian wife, I tried putting up with it, no matter how strong I was. I was already independent, but when you face abuse, you are shocked. You don’t know what to do. There are so many things happening around you.

Especially for Indian women, things escalate because it’s not just the man you’re marrying but families coming together. It was hard to deal with, it was hard for me to see myself as a ‘victim’. But then one day, you muster up the courage and say, ‘enough is enough’…then you start working on yourself. There were a lot of things I did to pick myself up, the most important of them will be fitness. Also, I started focussing on helping other women to find themselves. And perhaps by helping others, I found myself.

Women should understand that self-care does not mean you are being selfish. In the process, you’ll become a better version of yourself for the people that you love. No matter how many people body shame you, it’s not going to matter. I know, because I have gone through it personally. Nothing really bothers me anymore. There are men, too, who feel ashamed about their bodies and health patterns. This is the way to get out of all the problems that keep bringing you down.

You know, women go through a lot. A healthy mind and body will instill you with confidence. Majority of Indian women…I know a lot of them who start doubting themselves. There are of course many independent, strong-minded, and successful women in India. Weight training is not just for men, believe me. Women are much stronger than we think in so many aspects and fitness is not just for men. Working out can make a very confident person inside and out. There are many people who think weight training will make a woman like a man, or maybe running too much will make you lose muscle.

I remember as a kid, I was pro-active in sports at school and somewhere along the way, sports took over and even before I knew it, I was playing in competitive tennis which gradually led me to get recruited to play for a university in the USA. That’s where it all started for me, I started getting really serious about it. I remember having moved to Mysore after a few years, that’s when I started playing professionally, at both national and international levels. That somehow opened up some more doors for me…I got into running, then gradually CrossFit training. I would say my journey began since I was a kid and it has taken hugely different forms. Well, I might not be playing tennis anymore now but I’m into running and CrossFit.

Genetically men are made with more testosterone which gives them denser, stronger bones, tendons, and ligaments, making them physically stronger than women and that’s always going to be true. But we both have the same kind of brain and the ability to work on it however you want it to be! For instance, my muscles show all the efforts and discipline I have put in over the years and what is the right kind of training paired with some proper nutrition.

I personally have been through a struggle that lasted months. But I always had something to do for myself. When you want to do something, you will always figure out the way. Sometimes, to figure it out, it takes for another person to make you realise that. This is so important. It may feel like it is impossible, you have to realise the positive consequences of it. The same holds for my clients as well. And when you make your client realise the smallest change, it is such a relief for them and everything changes. They would say, ‘my whole day is hectic’, I have a baby to look after, I can’t do that’…all I do is ask them to make time for it. You don’t even have to force them into it, they just come around. They seem willing to try.

It’s about the right solution in the right ways. And sometimes, even the smallest advice can make a big difference in someone’s life! Press Trust of India - Modified date: August 1, 2020
India's Shubhankar Sharma tried hard but could not make the cut at the Hero Open here, missing out on weekend action in his first start since the return of competitive golf on the European Tour. The 24-year-old, who shot 73 in the first round,...
Read more