His hard work over the years has finally been paid off after being nominated for the prestigious Arjuna Award, something he had waited for years. However, the dedicated shuttler has no time to celebrate as he is spearheading India’s challenge at the BWF para Badminton World Championships in Basel, Switzerland. The championships, hosted for the first time alongside the abled-body event, started with the round-robin matches on the day.

“It’s a mixed feeling. I am very excited and happy. For every Indian sportsperson, it’s a dream to win the National Award. But now that I am playing at the World Championships, I want to keep my focus and play well. The party can wait,” Bhagat told Paralympic Committee of India.

Bhagat became the fourth para badminton player to get an Arjuna after former world champions Parul Parmer, Raj Kumar and Manoj Sarkar who received the honour in the past years. He will receive the award along with 18 others that include para athlete Sundar Singh Gurjar and cricketer Ravindra Jadeja.

Over the years, Bhagat rode on his hard work and strong determination to emerge winner and overcome big names.

“I am very happy for Pramod. His outside personality seems like a funny casual person but from inside, he is very sensitive, caring and emotional. And that reflects in his game. He is the most popular guy among all my trainees at my centre and no less than a hero. He is one of the dedicated players in the camp and his never giving up attitude stands out. This award is a big boost for para Badminton fraternity,” Khanna said.

Five-time world champion Lin Dan might have been shown the doors early at the Basel 2019 World Championships, but Bhagat is a die-hard fan of the legend. “I have followed Dan since I started playing the game in 2006. I like his sudden response to a situation and how he commands over the game, even from the losing position.

“I like his style of play and domination from any situation. While I also try to follow Sachin Tendulkar’s discipline. He motivates me every day,” said the 31-year-old who has been affected by polio since the age of four.

At the World Championships, the Indian side led by Bhagat had a comfortable opening day having won their respective league matches. Top two players from each of the groups (at least eight) will advance to quarter-finals.

“I hope to turn my bronze to gold this time at the Worlds. I believe my experience and winning confidence will play a big role,” he added of his campaign at Basel 2019. 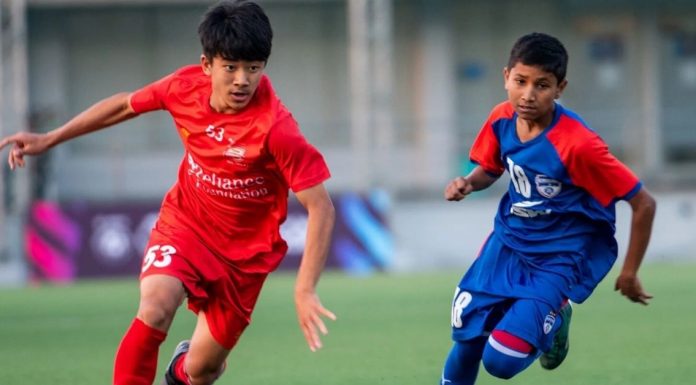 Press Trust of India - Modified date: July 4, 2020
The Asian Football Confederation has conferred the All India Football Federation with the AFC Elite Youth Scheme full membership status. AFC general secretary Dato Windsor John informed the AIFF that its application for full membership of the Elite Youth Scheme has been approved by the...
Read more