The administrators are busy thrashing out resumption plans but with the COVID-19 pandemic showing no signs of slowing down, India’s sportspersons are pleading for caution as discussion rages on whether competitions can resume by August. Sports Minister Kiren Rijiju, in a virtual meet with representatives of various National Sports Federations (NSFs) last week, stated that August could be targeted to begin competitive action sans crowds.

The Indian Olympic Association (IOA) is keen for NSFs to prepare their training-cum-competition calendars as well but what about the athletes, the ones who would be risking it all? PTI reached out to top stars cutting across disciplines and while some wanted the waiting period to continue, others spoke about the loss it would cause to fitness and readiness.

“We need to bring the virus under control first before making such statements (of resuming competitions). Are the cases declining in India? No. Is there even a cure or vaccine in sight? No,” said Vijender Singh, India’s first boxer to win an Olympic medal, whose professional career is on hold because of the pandemic but he would rather be safe for now. “Who will take responsibility if any athlete gets infected while competing, risking so many others? Let’s be more reasonable, we are talking about lives. This (COVID-19) is something that nobody has been able to figure out,” said the trailblazer, who is also a Congress member.

His fears are not unfounded as several tennis players, including world No.1 Novak Djokovic, were infected during a recent tournament where even social-distancing norms were not followed. Ten of Pakistan’s 29-strong cricket squad tested positive ahead of their tour of England. In India, the case count has crossed five lakh and the death toll stands at over 16,000.

To discuss the way forward for resumption of sport in India, @KirenRijiju had an online meeting with representatives of 15 National Sporting Federations, the President & Secretary General of the IOA, today. Minister said suggestions of NSFs is key for creating a post-covid plan. pic.twitter.com/hpIwrmSDgG

After his meeting with 15 NSFs on Tuesday, @KirenRijiju met representatives of 17 NSFs today to discuss the short term & long term plan of federations for resumption of sport post Covid. It was unanimously agreed that start of training following health guidelines is top priority. pic.twitter.com/bX8dtsFOOo

But then how long can the athletes afford to be confined to their homes or hostel rooms or private training facilities in the absence of national camps and competitions?

World silver-winner and Olympic-bound wrestler Bajrang Punia can already see the downside of it. “The athletes are at their home since the lockdown and if it continues like this, it will be a loss for them. They will lose fitness… its impact will be bad,” he said but agreed that the rising case count is not helping the push for resumption at this point.

The central government has allowed outdoor training to resume. But with states putting in place varied levels of restrictions, the relaxation hasn’t made much of a difference on the ground. The boxing and badminton federations are still grappling for permissions to restart the camps.

The table tennis federation is desperate for resumption but hasn’t been able to convince the paddlers to agree for a camp despite trying twice so far. Then there are the shooters. Fifteen of them are Olympic-bound and according to many experts, they can look forward to a resumption given the individualistic nature of the sport. But ask the practitioners and they seem inclined to wait.

“I don’t think it’s the right time to resume sporting activities given the situation. Of course it involves risks. But if I am talking about shooting, then the best thing we can do is train in a batch of 5-6 athletes…,” said Sanjeev Rajput, a multiple-time Commonwealth, World Cup and Asian Games medallist.

Two-time World Cup gold-winner Abhishek Verma agreed. “…this is not great time to restart, especially in places like Delhi where the number of cases is on the rise. Maybe only the 15 quota holders can train and it need not necessarily be Delhi,” he said, suggesting Bhopal as an alternate venue.

India’s high performance pistol coach Samaresh Jung, who recently recovered from COVID-19 along with some members of his family, said it is not worth the risk to push for any competitive action. “I am absolutely not in favour of resuming any sort of sporting activity at the moment. It is not a wise thought at all given the current situation,” he said.  “I am aware of some athletes contracting the virus outside after some events were resumed. Given the risk involved, it’s not worth it. We must wait for things to get better,” he added.

The shuttlers spoke of their apprehensions and those were not limited to the fear of contracting the virus. The Badminton World Federation has come out with a revised calendar from September and they feel if training does not resume full throttle, they would be at a huge loss.

“I want to resume training and get back in shape and compete but I don’t see that happening unless we have a vaccine,” said former Commonwealth Games gold-medallist Parupalli Kashyap.

“…if there are no tournaments then it is still fine. But according to the BWF calender, tournaments resume from September and it will take one and a half month at least to be ready, so we have to resume training from July,” added world bronze-winner B Sai Praneeth.

Star weightlifter Mirbai Chanu said athletes will have very little choice if competitions resume at the international level. “If the IWF decides to hold a tournament we will have no option but to participate…The Olympic qualifying is at stake for a lot of us,” she said, hoping that adequate safety measures will be in place for events should they resume amid the pandemic.

Former world No.1 archer Deepika Kumari said athletes also have to factor the limited time in hand they have to prepare for the Olympics next year and that could prompt them to head for the first available competition. “…Everyone wants time to prepare for the Olympics, and all are sitting at home and are concerned about getting out of form as far as outdoor games are concerned. How will we perform if we don’t practice at all?” she asked.

Swimmers haven’t even been able to restart training as pools remain out of bounds due to infection fears. One of the country’s best right now, Srihari Natraj, said he is eager to resume but happy to wait if that’s what it would take to ensure safety. “The way the virus is spreading it’s not like maintaining six feet distance would mean you won’t get infected. Resumption is fine but I won’t risk my safety,” said the 100m backstroke national record-holder.

Chess star D Harika echoed the sentiment. “In this pandemic, even if it gets started, there will be players who would not want to take risk…Better to pause everything for a while until it gets resolved,” she asserted. 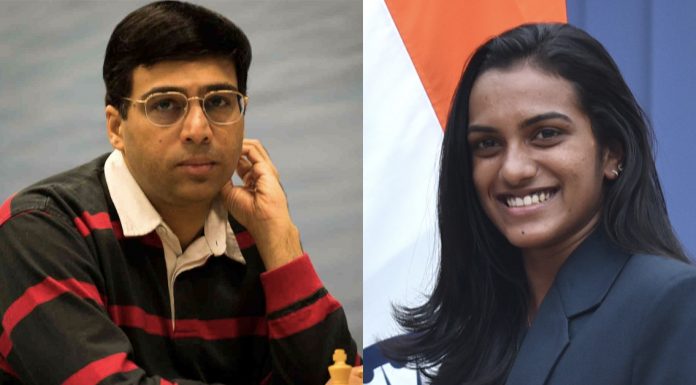