The push to make Fencing, an Olympic sport, a priority sport in India 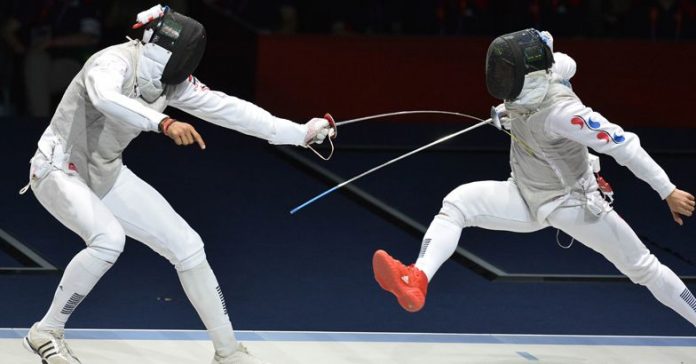 Earlier this morning, news emerged that the sports ministry had reportedly turned down the request for upgrading for three sports in India- Soft Tennis, Kho Kho and Fencing. Currently, Kho Kho and Soft tennis were clubbed in the “others” category for sports in India while fencing is in the “general” category after it was upgraded following a directive issued on September 1, 2015, from the Sports Ministry.

According to the guidelines set up by the Ministry of Youth Affairs and Sports, there are four different classifications for the sports played across the country- high priority, priority, general and others. The list of high priority sports includes the ones which have a maximum chance at Olympic success. The most updated list consists of Archery, Badminton, Boxing Hockey, Shooting and Wrestling which are categorised under this.

However, once one reaches the Priority category, the details start getting murkier. In its explanation given for rejecting the Fencing Association of India from being upgraded, TOI reports that the sports ministry said the following, “(Fencing) can be considered for additional assistance in relaxation of norms for extra foreign exposures to earn more points and improve rankings but not upgradation to the ‘priority’ category.”

There are certain guidelines in place that would help one determine the criteria to meet to be considered a priority sport. There are four pointers and a sport meeting any out of these four are eligible. It should be either:

It is the fourth point which is most pertinent to the case of Fencing. At the recent Jakarta Asian Games, the Women’s finished sixth out of 11th competitors in the women’s Épée event. According to the Ministry guidelines, this should have been enough for the sport but all it is eligible for is “additional assistance.”

The Bridge reached out to Rajeev Mehta, Secretary General of the Indian Olympic Association and the President of the Fencing Association of India. From the outset of the conversation, the very first thing he said that there had been no official communication from the Ministry to the Federation and they had found out about the rejection from the papers just like everybody else.

“I have no idea why this was rejected because we have been quite hopeful of getting the upgrade these last few months. This question should be addressed to the Sports Minister because from our part, we have given every documentation that was asked of us,” Rajeev Mehta says. The Bridge has access to communication by the Fencing Association of India (FAI) to Sports Secretary Rahul Bhatnagar on at least three occasions in 2018 with a formal request and requisite data provided for the same.

“The latest file with all details which was recommended by the Sports Ministry was sent around one and a half months back. I cannot explain Fencing ko kitna nuksaan ho raha hai because of this attitude,” he added. “We have requested the Sports Minister at least ten times over the phone and I myself have met him at least five times to bring up the issue personally.”

“There are 12 events in Fencing in Tokyo 2020 which amounts to 36 medals in total,” Mehta continued. “There are sports with only one medal which are in the priority category and they get higher financial support from the Ministry. Where is the logic here?”

For an expensive sport like Fencing, financial support and proper infrastructure at all levels would definitely go a long way. Since being granted an upgrade from “others” to the “general” category, Indian fencing has consistently won medals on the international front.

In 2018 alone, India won 2 golds and 1 Bronze in Commonwealth Senior and Veteran championships and 4 gold, 4 silver and 8 bronze in commonwealth junior and cadet championships- and these are just the most important achievements. What then will be the way forward for the Federation?

“We are looking at possible sponsors that can help revive the sport,” Rajeev Mehta says. “Nothing will happen to the sport if we depend on the government for support and answers,” he concludes.

It is pertinent to note that since 2015, the current central administration has elevated Yoga to a “priority” sport. And under that category, all National and Zonal Championships are funded by the Ministry, all mandatory ranking and qualifying tournaments for bigger mega events (in which the discipline has upto 6th place inidvidual finishes and 8th place team finishes) will also be funded.

The Bridge also reached out to Basheer Ahmed Khan, Secretary General of FAI for comment. He mentioned in passing about the tribulations the team had to go through to even participate in the Asian Games and why their sixth-place finish should not be disregarded.

“To organise one coaching camp is a huge deal in itself. We get the participation of over 1000 athletes in various age groups and the costs are very high,” Mr Khan says. “The Ministry funded two National camps last year and told us that is all we were eligible for. With the number of international events in Fencing in one calendar year, that is not enough at all.”

“Until we participate in international tournaments more, how will we get the ranking points?” he continues. “In team events, you are given easier groups based on how high you are rated. And to improve that, we need maximum participation. We do not participate in the World Cups regularly. The minimum we should be equipped to participate in is the Satellite championships and World Cups.”

The Bridge reached out to the Sports Ministry for comment but they are yet to respond. This story will be updated when they do. 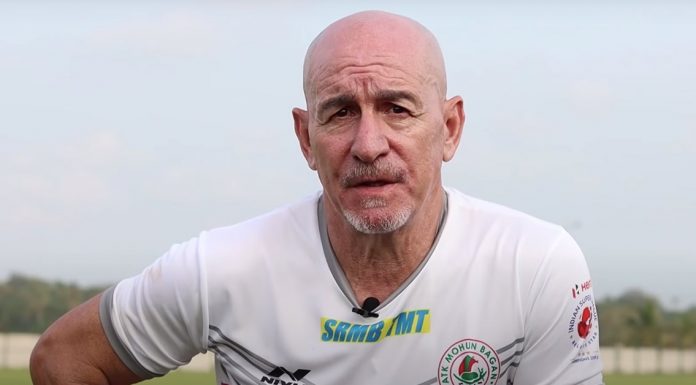 Sayan Chatterjee - Modified date: November 19, 2020
Ahead of their opening day clash against Kerala Blasters FC, ATK Mohun Bagan coach Antonio Lopez Habas addressed the media in a virtual pre-match press conference where he spoke about the curtailed pre-season, their expectations from the 2020-21 Indian Super League (ISL) season and...
Read more