The synthetic track and astroturf for football, to come up in Leh at Open stadium in Leh, will be built at an estimated cost of Rs 10.68 crore and is scheduled to be completed by January 2021

Sports Minister Kiren Rijiju on Monday laid the foundation stones for various sports facilities, including a synthetic track and an astroturf for football, at the newly-formed Union Territory of Ladakh.

The foundation stones were laid in the presence of Lieutenant Governor RK Mathur. The synthetic track and astroturf for football, to come up in Leh at Open stadium in Leh, will be built at an estimated cost of Rs 10.68 crore and is scheduled to be completed by January, 2021, the sports ministry said in a statement.

Great day for sports in Ladakh!
Laid foundation stone for Synthetic Track & Astro Turf for Football and Gymnasium Hall at NDS Stadium in Leh.
Within short time, these projects are initiated to fulfill the aspirations of the people of Ladakh & commitment of PM @narendramodi Ji. pic.twitter.com/o4MytZX762

The construction of a gymnasium hall has also been planned in NDS indoor stadium at a cost of about Rs 1.52 crore and will be completed by March 2021.  Speaking on the of occasion, Rijiju said that the government is committed towards inculcating a sporting culture in the country.

Rijiju also suggested the Ladakh UT Administration to constitute awards and incentives like jobs for local sports persons to encourage them to excel in the sporting field. He also asked the Ice Hockey Associations across the country to come together to get the recognition for the sport, by following the laid down procedures.

Lieutenant Governor Mathur appealed to the minister to tap the potential in Ladakh for sports development. He suggested that during the winters, people from other parts of the country should come to Ladakh to experience winter sports.

French Open 2020: Prajnesh crashes out in second round of qualifiers 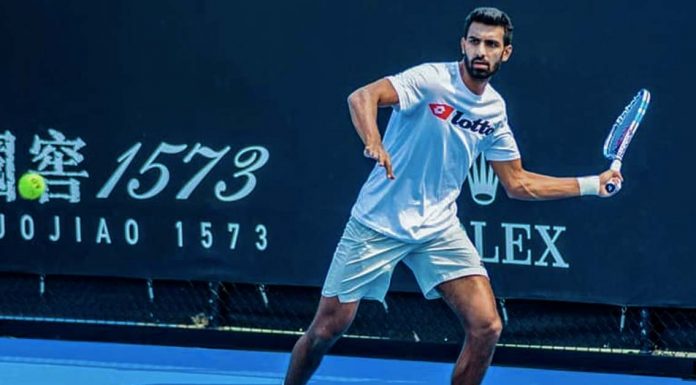 Press Trust of India - Modified date: September 23, 2020
India's Prajnesh Gunneswaran crashed out in the second round of the men's singles qualifiers of the French Open after losing in straight sets to Aleksandar Vukic of Australia here on Wednesday. Prajnesh, India's second-highest ranked singles player who got the better of Turkey's Cem Ilkel...
Read more