Sports could emerge as a huge attraction when India begins its recovery from the COVID-19 lockdown, particularly if the dates for the Indian Premier League (IPL) are announced, KMPG said in a report. The audit, tax and advisory firm said in the report released on Wednesday that the overall TV viewing has increased in India but the absence of fresh content is hurting the broadcasters. Further, the report said that the broadcasters are feeling the pinch as monetization has dropped extensively due to advertisers rolling back on their spends. KPMG said that the industry generated revenues of Rs 714 billion in the 2019 financial year. While the overall TV viewership continues to rise in India due to COVID-19 lockdown, sports channels are feeling the heat due to lack of fresh content. We at TelecomTalk look at the impact the COVID-19 had on the sector.

Deloitte in its report of the COVID-19 impact on the telecommunication, media and technology sector said that the cancelling of the sporting events will hurt the revenue of the organisations. The audit, consulting and financial advisory firm said that the business would still be slow to pick up as gatherings might be curbed even after the lockdowns are lifted around the world. Further, the businesses involved in the segment are only expected to recover slowly.

However, Deloitte said that the current COVID-19 situation has presented a great opportunity for esports and virtual sports.

Virtual Grand Prix is what Formula 1 adopted following its decision to cancel the opening races of its 2020 season. In March, Formula 1 was under immense scrutiny as it flew in teams, drivers and media crew to its season opener in Australia even as countries across the world imposed lockdowns. However, following a decision of a team to withdraw from the event as the team’s personnel tested positive for COVID-19, Formula 1 announced the cancelling of the event. The announcement from Formula 1 to cancel the event came in hours before the opening event was to kickstart live. Formula 1 has since cancelled or postponed several races with the series currently having no tentative start date due to rapid COVID-19 situation across the world.

However, Formula 1 has launched a Virtual Grand Prix series to replace the postponed races featuring a number of its current drivers. It was said that the series was created to enable fans to continue watching Formula 1 races due to the actual series being postponed due to the COVID-19 situation.

“We are very pleased to be able to bring some light relief in the form of the F1 Esports Virtual GP, in these unpredictable times, as we hope to entertain fans missing the regular sporting action,” Julian Tan, head of digital business initiatives and esports of Formula 1, said in a release. “With every major sports league in the world unable to compete, it is a great time to highlight the benefits of esports and the incredible skill that’s on show.”

The Virtual series uses the official F1 2019 PC game with the races being broadcasted on all official Formula 1 channels including F1.com, YouTube and Facebook.

“With sporting events currently on hold around the world, it’s great that the official F1 video game can help fill the void by bringing together an exciting line-up of talent to race online during the postponed race weekends,” Frank Sagnier, Chief Executive Officer, Codemasters, said in the release. “It’s going to be competitive, action-packed, and a lot of fun for everyone involved.”

Further, with various cycling events including Tour de France being postponed, top cyclists are currently competing in the virtual Digital Swiss 5 races. Several other sports have also switched to virtual events including Formula E, the electric racing series, with the virtual races currently telecasted across multiple platforms including on BBC.

Elsewhere, World Wrestling Entertainment has resumed its live events after being considered as “essential services” in Florida. The live events are being scheduled without the presence of the ringside audience. In its earnings call on Thursday, Vince McMahon, chairman and CEO of WWE said that he has no idea of when WWE would hold a proper live event with audiences.

“I don’t know what it’s going to look like when it is allowed,” McMahon said. “I don’t think anyone does.”

It has to be noted that WWE on March 31 signed an extended partnership for five years with Sony Pictures Networks India (SPN). As part of the agreement, SPN will continue to air live events including WWE’s Raw, Smackdown, NXT along with other WWE specials.

While WWE has evolved with the challenges and continues to host live events and with Formula 1 and others switching to virtual events, fresh sports content is available to a limited audience. However, major sports events including the Summer Olympics, one of the most-watched sporting events in the world have been postponed. Major cricket events are also being rescheduled with the 2020 edition of the Indian Premier League being suspended till further notice.

In a report released on Monday, CARE Ratings said that the top five sports channels in India registered a viewership of 238 million impressions in the week of April 4 to April 10. The CARE Ratings said that the sports genre normally would generate high ratings during the current time of the year due to sporting events like the Indian Premier League. With the sporting events cancelled or postponed, the report said that the broadcasters had telecasted classic matches including ICC World Cup U-19 India vs Pakistan and ICC World Cup T20 India vs Pakistan.

“Had the pandemic situation not existed today, the sports genre would have garnered large viewership in India with the telecast of various sports events, which were earlier scheduled to be held during this month,” CARE Ratings said in the report.

It remains to be seen whether SPN with probably the only live sporting event in the form of WWE makes a difference in the ratings in the upcoming weeks. The report also said that the overall TV viewership in India rose to 20.4 billion impressions in the week ending April 10, representing a 32 percent increase over the previous week. CARE Ratings said that the news, GEC and movies are the only segments that are registering the growth while sports witnessed a drop.

“Sports channels are at a sure loss of viewership as well as advertisement income, as most sports events scheduled during this time of the year have either been postponed or cancelled,” CARE Ratings said in the report. 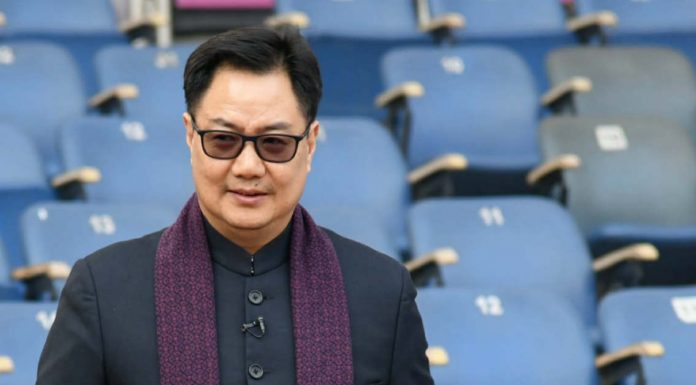