Home News Only 16% in Tokyo wants 2021 Olympics to happen with surge in...
NewsOthersTokyo 2020What's Latest

Public support for the Olympics has plummeted in Japan. In a poll, more than 80 percent of participants thought the Games should be cancelled or postponed again.

Japanese cabinet minister for administrative and regulatory reform admitted on Friday that “anything can happen” with the coronavirus-postponed Tokyo Olympics. The minister, Taro Kono, became the first senior official to concede uncertainty about the Games as Japan and other countries battle a surge in cases.

Kono is the first cabinet minister to deviate from Prime Minister Yoshihide Suga’s insistence that Japan is on track to hold a “safe and secure” Games, despite a state of emergency being expanded this week to cover a total of 11 regions, including Osaka and Kyoto.

“Given the coronavirus situation, anything can happen,” Kono, a high-profile former foreign and defence minister, told a press briefing. “The organising committee and the IOC must of course be thinking about back-up plans. The government is firmly preparing for the Olympics and Paralympics.”

Public support for the Olympics has plummeted in Japan, with a recent poll conducted by Japanese broadcaster NHK finding that more than 80 percent of participants thought the Games should be cancelled or postponed again. NHK carried out the survey over the weekend by telephoning people aged 18 and older chosen at random. A total of 1,278 people, or 59 percent of those contacted, provided responses. 16 percent said the events should be held as scheduled, down 11 percentage points from the previous month. A total of 38 percent said they should be canceled and 39 percent said they should be further postponed, up about 7 percentage points in both cases. Domestic media reported Thursday that Japan is suspending an exemption that allows foreign athletes to enter the country to train, while the country’s state of emergency is in place.

Japanese athletes will still be able to re-enter Japan, but they will no longer be allowed to skip the 14-day quarantine period. The ban on non-resident foreign athletes is likely to affect baseball and J-League football teams, who are preparing to begin their seasons.

On Thursday, Japan’s Top League rugby put its season on hold just two days before it was due to begin, after a rash of players from several clubs tested positive for the virus.

Also read: COVID vaccine should be on priority for India’s Olympic bound athletes 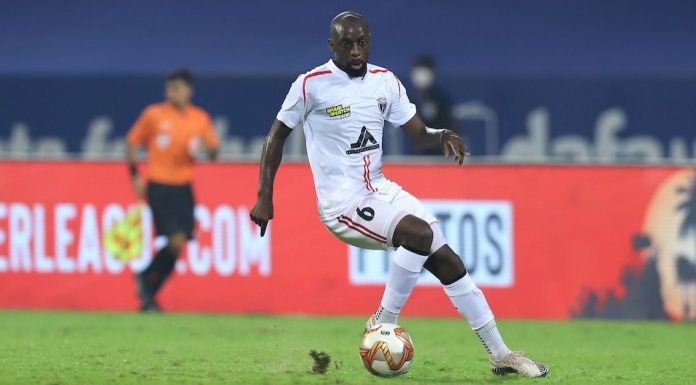 Sayan Chatterjee - Modified date: February 23, 2021
It has been a fantastic debut Indian Super League (ISL) campaign for Khassa Camara. The Mauritanian has been one of the main men for NorthEast United and has played a key role in their incredible comeback under Khalid Jamil which sees them well in...
Read more