Home Others Indian Army and sports: How the alliance is bringing glory to the...
FeaturedOthersWhat's Latest

From the days of Milkha Singh, till today's Dattu Bhokanal, the Indian army has been continuously serving sports in various disciplines.

It doesn’t matter whether it is the country’s border or the playing field, duty comes first – this has been the motto of some of the biggest sporting names in India. Probably every army personnel has this kind of an attitude towards life with which they push boundaries and attain great heights. The Indian Army doesn’t just safeguard our borders with utmost dedication. It has also contributed heavily to bestowing the country with some of the most famed sports personalities ever born in India.

From the days of Milkha Singh, till today’s Dattu Bhokanal, the Indian army has been continuously serving sports in various disciplines like athletics, shooting, boxing, archery, mountaineering, sailing, and rowing among others. At this 2018 Asian Games, 11 out of the 69 medals were won by men affiliated with the Indian Army, including gold medals by athlete Neeraj Chopra and boxer Amit Panghal. A total of 66 army personnel participated in Jakarta and Palembang; 16 won medals — four gold, four silver and three bronze.

Existing sporting infrastructure and facilities at army institutes make it easier for army men to get their breeding ground. Job security, promotion, accommodation, and travel, apart from respect and honour, are significant factors that have an added attraction to joining the army.

The Indian armed forces have always been at the forefront when it comes to producing sportsmen of international pedigree. Indian army adopts a structural method in their approach of sports.

Modern sports were introduced to India by the British, and the Indian Army in British India played a leading role in sport — the Army Sports Control Board (ASCB) was set up in March 1919, on the lines of the British body with the same name.

In 1945, the ASCB was merged with all sports organisations of the three Services, and the Services Sports Control Board (SSCB) came into being.
The Indian army launched a path-breaking program under the aegis of “Mission Olympic Wing” with a view to improving the overall standards of the country’s sportspersons and spot potential medal winners for the upcoming Olympics. The Mission Olympic wing has five nodes: the Army Sports Institute (Pune), Army Marksmanship Unit (Mhow), Army Rowing Node (Pune), Army Yachting Node (Mumbai) and Army Equestrian Node (Meerut), which have their task cut out to produce world-class sportsmen in archery, boxing, shooting, weightlifting, wrestling, equestrian and rowing.

Also read: I want to see an Indian winning Olympic Gold in athletics before I die: Milkha Singh

The programme has reaped huge dividends, with some of the army men winning medals for the country at the Asian and Commonwealth Games. The services athletes train at the state-of-the-art Army Sports Institute (ASI) at Pune, which is equipped with world-class facilities for training and physical conditioning in addition to the best foreign coaches under whose able guidance the athletes can fine-tune their skills. The institute trains national and international level archers, athletes, boxers, divers, rowers, fencers, weightlifters and wrestlers.

Also in Pune, several sportspersons train at the Army Institute of Physical Training (AIPT), which initially focussed only on athletics and boxing but now also includes sports such as basketball, volleyball and karate. A gymnastics node was established in 2004 there, and in recent times, as this sport became more popular in India because of Dipa Karmakar.

From 1984, India had come back empty-handed from three consecutive Olympic Games. At the next two Olympics, India won a bronze medal —Leander Paes in 1996, Karnam Malleswari in 2000. The leaders of sport at the Indian Army decided that it was time to do something — programme Mission Olympics was launched in 2001, the idea, obviously, being to win medals at the Olympic Games. Three years later, an armyman, Major Rajyavardhan Singh Rathore, climbed the podium at Athens, having won a silver medal in shooting. Eight years later, in London, Havildar Vijay Kumar emulated him, winning a silver in shooting.

The Indian Army’s athletes could not get a medal at the Rio de Janeiro Olympics in 2016, but it has long-term plans and hopes. After India’s most successful Asian Games in 2018, chief of Indian Army, General Bipin Rawat, termed it as “only trailer” as the full length movie will be released during the 2020 Tokyo Olympics.

Nine athletes of the Indian army have already qualified for the Tokyo Olympics, which is supposed to be held this year. Subaidar Neeraj Chopra and Subaidar Amit Panghal will be the two biggest names for India to win medals in Olympics. Indian Army has taken serious effort in nurturing and producing international medallists — it provides equipment, support staff, coaching, accommodation, and proper diet to its athletes. In other words, everything is taken care of, and then there’s job security as well. Another factor, which the Army’s athletes swear by, is discipline.

Also read: Player Speaks | Opponents should know they are up against world no. 1 – Amit Panghal 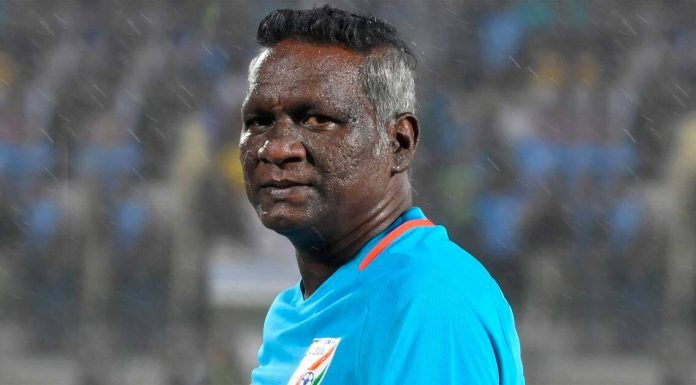 Chengappa Cariapa - Modified date: March 3, 2021
IM Vijayan has acted in several movies both in Tamil and Malayalam after his retirement from football. His first major hit was a Malayalam movie, Shantanam way back in 2000.
Read more