How BCCI was reduced to tatters bit by bit Nostalgia has a unique trait of glorifying the bygone. It varnishes over all the irregularities that are associated with the follies of the past. The way Indian cricket was run a decade ago had cricket pundits, experts, the media and even the masses frowning every now and then.

The red-tapism, the questionable modus operandi, the lack of transparency and the stale way of functioning gave birth to disgust among people and for good reason.

However, when you look back now, you realize that the likes of Jagmohan Dalmiya and Sharad Pawar were shrewd statesmen who had mastered the art of getting the job done and keeping the situation under check, which no longer seems to be the case.

How did the chaos begin?

It was in 2008 when a man named Lalit Modi introduced the idea of the Indian Premier League that things started to go haywire. A lot of money suddenly came into the system and corruption started charting new paths.

Moreover, the biggest demon that raised its head was that of conflict of interest. The officials who were in charge of the BCCI doubled up as IPL administrators; some bought teams, several others got involved in some way or the other and the entire system was caught in a tailspin.

Three years later, Lalit Modi was charged with betting and laundering and he ultimately fled the country. N Srinivasan then took over the reins of the BCCI and the IPL, assisted by Rajiv Shukla and later on by Anurag Thakur.

Most cracks in the system had been papered over when sensational disclosures of spot-fixing during IPL 2013 led to the inception of the Mudgal committee. A committee that was originally constituted to investigate the spot-fixing case then put forth its recommendations of cleansing the BCCI of corruption and overhauling the board.

The side effects of the Mudgal committee

As it turned out, the recommendations of the Mudgal committee of dissolving the existing structure and making CoA all-powerful was a terrific idea if it would have been executed in toto. But, with Ramchandra Guha resigning, the entire power has now been concentrated in the hands of Vinod Rai and Diana Edulji.

And as a British historian had once put it, “Power tends to corrupt, and absolute power corrupts absolutely.”

Such is the current state that the incumbent CEO of BCCI, Rahul Johari was absolved of the sexual harassment charges only after his behaviour being termed as ‘unprofessional and inappropriate’ by the independent probe panel.

And it is not as if that these things have sprung suddenly. Former Indian captain Sourav Ganguly had notified a while back that things were far from being on track.

In his mail, Dada had expressed worry over the way CoA is running Indian cricket saying, “I beg to state that the way things have gone in the last couple of years, the authority of Indian cricket to the world and the love and belief of millions of fans is on the way down.”

The BCCI has now reached a stage where you don’t know who is actually running Indian cricket. Far too many parallel power structures have been created and captain Virat Kohli and coach Ravi Shastri have become the be all and end all of Indian cricket.

While resigning from the CoA, Ramchandra Guha had made shocking revelations in the same vein. “The BCCI’s officials worshipped him [Virat Kohli] even more than the Indian cabinet worships Narendra Modi. They deferred to him absolutely, even in matters that were not within the Indian captain’s ken.

“The BCCI men always used the captain’s first name in referring to him, perhaps to indicate intimacy; however, in concrete behavioural terms, the proximity was more akin to that between servant and master,” Guha had written.

Even the current selectors are ex-cricketers of no great repute and it is hard to believe that they are not influenced by the stature of Kohli and Shastri. And hence, the recurrent controversies regarding team selection keep coming to the fore.

Strangled in the sea

In the latest developments, the repeated leak of personal and confidential emails concerning the women’s cricket team over and over again under mysterious circumstances is a clear manifestation of the state of the BCCI. You cannot help but wonder that if what has come out is so appalling, things which are yet to be unveiled would be even more horrifying.

That a serious matter has been reduced to popcorn entertainment for the public is deeply disappointing.

This also brings into question the perceived rift between BCCI CEO Rahul Johri and CoA member Diana Edulji. If at all, there is some friction within the BCCI, as evidence suggest, the image of the BCCI and Indian cricket is being dented due to squabbles of inflated egos.

Amid all the chaos, you just look around exasperated and wonder that a move which could have been a blessing for the BCCI has dragged it over choppy waters with the shore nowhere in sight.

Also Read: The power balance between sportspersons and administrators 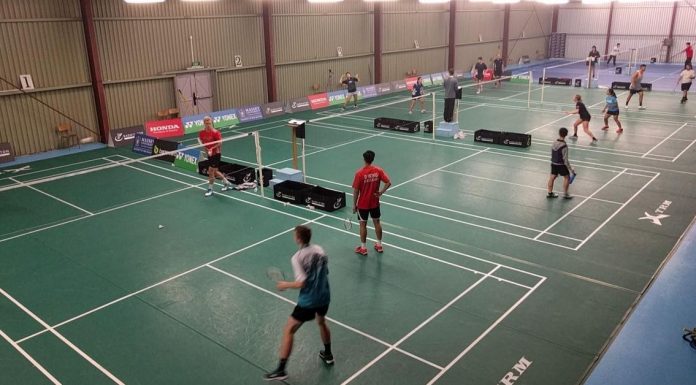