5 Indian sportswomen who voiced their thoughts on equal pay

A BBC report in March found out an overwhelming majority of Indians said women athletes should receive equal pay as the males but 38 per cent believe that sports featuring women are not as entertaining as those featuring men.

The research, based on answers received from 10,181 respondents from 14 Indian states, showed that three-quarters of Indians think sport is important in their lives but just 36% participate in any kind of sport or physical activity. In this decade, the world’s top athletes have announced that they are fed up with inequitable pay, working climates and treatment, leading to a significant shift from women in sports just being grateful for seats at the table to demanding their proper piece of the pie. Indian female athletes have time and again voiced their thoughts on equal pay. Here’s a look at the list:

Ace tennis player Sania Mirza said India still needs to do a lot more to bring women at par with men in sports, though the country has come a long way in this aspect.

Sania, said the likes of Mary Kom, Saina Nehwal and P V Sindhu have done the country proud but there is still ‘discrimination in sports’. “As much as we talk about women empowerment and equality (with men) I feel we still live in a man’s world to a large extent,” she said at a panel discussion ‘Women Shaping the Future’, organised as part of the 35th annual session of the FICCI Ladies Organisation in New Delhi in 2019.

Sania, who is married to Pakistani cricketer Shoaib Malik, gave the example of disparity in the prize money between men and women in most sports though she said it is a world-wide phenomenon.

“I have been saying for long that women should be paid equal prize money with men. This discrimination is in all sports world wide. My question is why we even need to explain that women should have equal prize money with men. I want to reach that day when we don’t need to explain this,” said Sania who has won six Glam Slam titles in doubles and mixed doubles.

India’s decorated squash player, Dipika Pallikal, in 2015 for refusing to be a part of the National Squash Championship. Pallikal’s absence at the National Squash Championship for the fourth year in a row received a mixed response from the sports fraternity. While some still stuck to how a sportsperson should ‘play for the country and promote true sportsman spirit’, Pallikal stood by her stance and refused to attend the event till equal prize money is assured to both men and women players. What is noteworthy here is the fact that Dipika is the highest-ranking Indian squash player, her ranking being considerably higher than her male counterparts.

India women’s football team goalkeeper Aditi Chauhan had shed light on the fight for equal pay, how to bridge the gap with male counterparts and how a professional footballer copes with the pressure. India’s women’s league football has been festered by lack of funds, not enough teams or players. It has meant the league has not gone the distance required to give the players enough time on the pitch — an issue seen with men’s football players too. The advent of India Women’s League (IWL) in 2016 saw six clubs participating over two weeks. The 2017-18 season had seven teams and was played across three weeks. A year later, the number of teams increased to 12, divided into two groups, and played over a 17-day period. As far as the earnings are concerned, there is no contract system and players negotiate their own salaries with the national federation (AIFF). “There is a gap but it’s just that we can’t really compare. If you talk about Indian football, you can’t compare women’s football with men’s football because we don’t have a league to compare to. There’s no level playing field to compare,” Aditi said.

Veteran badminton player and former Olympian Aparna Popat said on the sidelines of The Economic Times Panache 2019 roundtable on the sport. “I think the financial situation is good, as of now. It’s very important to see how much of the money trickles down to the grassroots, and then we should try to find an equal playing field. I think that’s something we need to aspire to.”

India’s legendary woman cricketer Mithali Raj had been crying out for equal pay for years, bats for gender equality. In an interview to New Indian Express, she responded saying she is of the belief that women cricketers should only be paid from the profit or revenue that they generate. She doesn’t want a share of the coffers generated by the men’s team because she played no part in those proceeds. However, the veteran was of the opinion that the modern women’s player’s earnings will see a jump as more and more of their games are being televised on a regular basis. “Equal pay is definitely a campaign that I would like to associate with. Having said that, I would also believe that we should be paid from the profit or revenue that we generate as women cricketers through our own matches. It can happen only if it is marketed well. So everything is interconnected. If we play a good brand of cricket, the board makes an effort to market it well, televise it, and we have people turning up. Then, there is revenue coming in and then yes… I would expect that to be shared,” she said.

National TT coaching camp to be held from Oct 28 to Dec 8: SAI 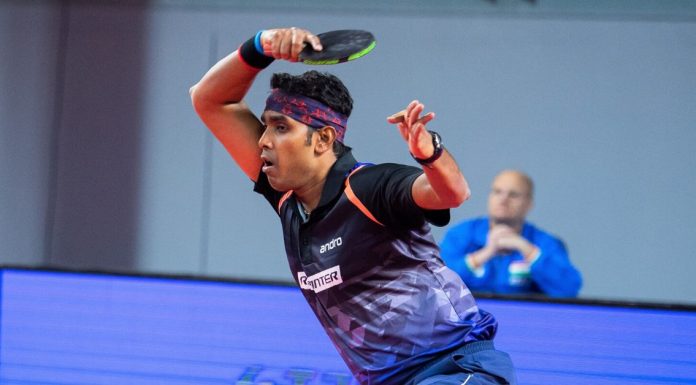