Meet the eight women athletes poised for glory in 2020

Women have broken through and become so much more than just star athletes but rather individuals who transcend the sports realm. 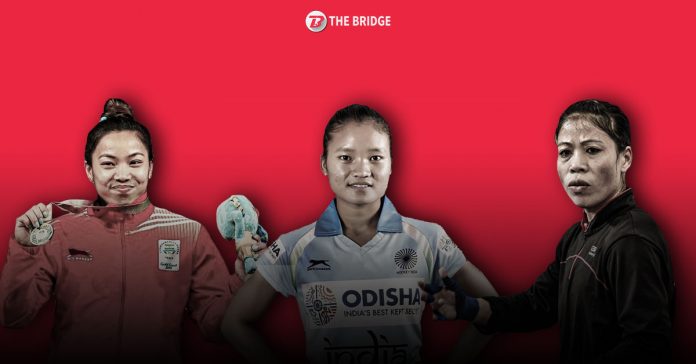 There is no shortage of iconic women athletes, past and present, who more than qualify as stars. Women have broken through and become so much more than just star athletes but rather individuals who transcend the sports realm. The fact that sports still continues to be a male-dominated spectacle perhaps make the feats of the female athletes all the more worthwhile. The Bridge takes this opportunity to act as a seer and foretell the tale of women athletes who are due to have a breakthrough this year and scale higher rungs of glory in 2020.

The first Indian to secure an Olympic berth in wrestling, 25-year-old Vinesh will be competing at the Olympics as one of the big medal favourites. The crop of female wrestlers led by Vinesh Phogat, if luck is on her side, can end up on the podium in Japan. She already has two gold medals at the Commonwealth Games, including one in 2014 and the other in 2018. She also won a gold medal at Asian Games in 2018 and a bronze in the World Championships last year. Vinesh, who is still rankled by the Rio nightmare, will be putting her best efforts for Olympic glory in Tokyo.

With such a spectacular 2019 to look back upon, one can expect her to break the shackles and pick up a medal in Tokyo, and given her resilience, she will a force to reckon with, this year more than ever!

When it comes to women’s boxing, there is perhaps no name bigger than that of Mary Kom. At the World Championships on October 12, Mary settled for a bronze medal after losing to Turkey’s Busenaz Cakiroglu in an intense semifinal bout. Despite the defeat, it was a stupendous campaign for the 36-year-old that added to her long list of accomplishments. In doing so, she secured an unprecedented eighth world medal, thus improving her own record as the most successful boxer in the history of the tournament. Besides an impressive haul of six world titles, her career is also studded with an Olympic bronze medal (2012), five Asian titles, gold medals at the Asian Games and the Commonwealth Games, besides numerous other international top finishes.

If boxing comes on board, there are enough instances to suggest why the undisputed mistress of the ring MC Mary Kom continues to dominate the boxing circuit even after so many years. Despite her age, one would thankfully cling to the hope that Mary Kom will bring us a medal in Tokyo. While Mary Kom is submerged in the Tokyo spirit, an Olympic medal from one of the country’s greatest will only provide a new boost to the young crop of boxers.

Sania Mirza made a winning return to the professional tennis circuit as she clinched her first tournament after childbirth. Partnering Ukranian Nadiia Kichenok, the duo defeated the Chinese pair of S Zhang and S Peng in the women’s doubles finals in the Hobart International 6-4, 6-4 to kick start the year on a triumphant note.

The tennis star missed the entire 2018 and 2019 seasons after giving birth to son Izhaan in October last year. Before taking a sabbatical from the game, Sania won the Brisbane International with Bethanie Mattek-Sands in 2017, and also reached the latter stages of events in Doha, Sydney, Dubai, Barbora Strycova and Miami. Along with Shuai Peng, Sania reached the semis of the US Open in 2017, which was her last Grand Slam appearance. Wuhan and Beijing were her last tournaments before she decided to take a break to have a child.

The Indian now gears up for the Australian Open, where she will team up with Rohan Bopanna in the mixed doubles category. This will also be the first time that Mirza and Bopanna would be playing mixed doubles together since they teamed up in the Rio Olympics 2016, where they had finished fourth.

The weightlifting champion, who made her debut at the 2016 Rio Olympics, was faced with bitter disappointment when she was only one of two lifters who did not finish at the entry-level category. But despite the disappointment, Mirabai Chanu created history at the 2017 World Weightlifting Championships held in Anaheim, United States. She became the second Indian in 22 years to clinch a gold at the World Weightlifting Championships after legendary weightlifter, Karnam Malleswari. Malleswari had achieved this feat twice, in 1994 in Turkey, and in China in 1995.

Inspired by the performance of seven-time champion Kunjarani Devi at the 2004 Athens Olympics, who coincidentally also coached her at one point in her career, Mirabai did the country immensely proud yet again in 2019. The Padma Shri and Rajiv Gandhi Khel Ratna Award recipient outdid herself at the 2019 World Weightlifting Championships. Mirabai lifted a total of 201 kg (87 kg Snatch and 114 kg Clean & Jerk) to finish fourth in the rankings table. This personal best total also created a new national record in the 49kg category. Chanu is a weightlifter of exceptional caliber and she has won the World Championships several times and bagged medals for the country at the Commonwealth Games.

Fondly called Siami by her teammates, the rising hockey star is believed to be the highest prospect in the Indian hockey team. Having played a total of 31 minutes in five matches and scored two goals to help India clinch a silver, Lalremsiami was awarded the ‘Under-21 rising star’ award.

Struggling to make ends meet back home, Lalremsiami represented India at the 2018 World Cup, where she was the youngest player at 18. She became the first athlete from her hometown Mizoram to an Asian Games medal. Lalremsiami, instrumental in India’s triumph at the FIH women’s series finals in Hiroshima last year, is poised to achieve glory in the long run. With the women’s team having already qualified for the Tokyo Olympics, this year should pan out to be more exciting for the young hockey player who is veering to take on the world.

Till not so long ago, the women’s 10m air rifle was perceived as a weak link in an otherwise strong Indian shooting contingent. Failure to qualify for the London Olympics in this category further highlighted the decline. None of the shooters could match the legacy set by Anjali Bhagwat until Apurvi and another young shooter Ayonika Paul, also 22, emerged a couple of years back. Apurvi had her breakthrough with a bronze at the 2015 Changwon World Cup and followed it up with silver at the World Cup Final.

The women’s 10m Air Rifle has a rich legacy in Indian shooting with great shooters like Anjali Bhagwat and Suma Shirur flying the country’s flag high at several international events. Following in the footsteps of these greats, Apurvi also found her pet event between the 10 metres. Within four years of that initial tryst with shooting, Apurvi won gold in the Senior National Championship in 2012. Soon, she became part of the Indian squad for the international tournaments. However, a medal in the international arena evaded her for some time until 2014 – she started the year by clinching a Gold and Bronze medal at the 35th Intershoot competition in the Netherlands in March 2014.

From belonging to a small village in Bahadarpur to becoming the first Indian woman to qualify for the 2017 Athletics World Champions in London, the 24-year-old Annu Rani has been steadily notching distance on her throw and accumulating firsts.

Breaking the societal norms in our country, women like Annu are actively participating in sports and are gaining recognition for their efforts. Annu, who has been a torchbearer for women in athletics over the years, is currently India’s best javelin thrower and is constantly striving to break her own records.

The young all-round sensation from Mumbai, Jemima Rodrigues has been earning a name since the day of her debut last year. Jemima was selected for Maharashtra Under-17 and Under-19 hockey teams. She marked her Under-19 debut during the 2012-13 cricket season. Jemima is the second woman after Smriti Mandhana to have scored a double century in a 50-over match. She was called on to represent India for a three-match ODI series against South Africa last year. The future looks bright for her as she has made her way to the national team already and is currently, one of India’s brightest prospects currently. While one expects to witness a series of big hits from the young cricketer, something tinkers and suggests that 2020 will be the year for Jemimah to shine.

The two players will now travel to Paris to compete against winners from Brazil, Mexico and China in a bid to qualify for the Roland-Garros Junior Tournament.
Read more
Cricket

India retain their top spot in Group A of the ICC Women's T20 World Cup after a nail-biting 4-run victory over New Zealand on...
Read more
129,490FansLike
11,139FollowersFollow
6,711FollowersFollow 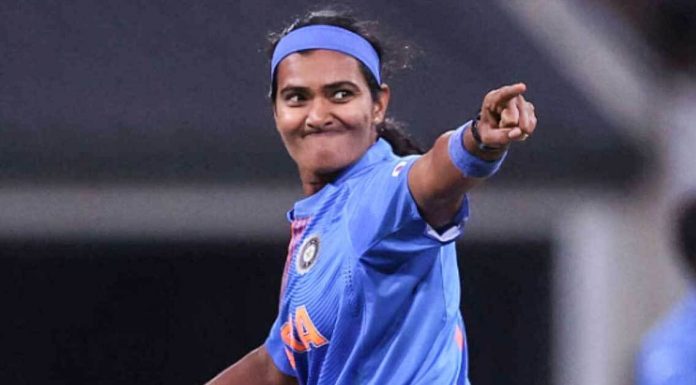 Md Imtiaz - February 27, 2020
India march confidently to the semi-finals of the ICC Women's T20 World Cup after winning three successive group matches and topping the group tables. The consistent adroit performances by the team have now made them tournament favourites. The team playing like a well-oiled unit...
Read more