MC Mary Kom may be just a bout away from what could be her sixth dream world title ever since she made her return to the rings in recent times. But with the crowd’s chant of ‘Mary, Mary’ renting the air and reverberating the paced KD Jhadav hall, the 35-year-old kept her date with the destiny and entered the sixth final in the 10th Women’s World Boxing Championships here today.

The unanimous verdict in the Light Fly semifinal over her North Korea’s Kim Hyang Mi yet again proved the Indian’s superiority in the 48 kg category. Incidentally, the Indian got such decisions in all her bouts in the Worlds here.

But Lovlina Borgohain had to settle for the bronze as she exited the championships, losing her 69 kg semifinals to the experienced Chen Nien-Chin of Chinese Taipei in a split verdict (4:0). Though the Indian managed to win a point, it was docked because of the warning of the referee. In the finals, to be contested on Saturday, Mary will clash with Ukrain’s Hanna Okhota.

Attack right from the word go

The clever Manipuri, who held a psychological edge, approached the semifinals in her own inimitable way, cleverly planning her strategy as has been the case so far. Open low guard, biding time and increasing the tempo when it is need. So much so, she was able to negate the taller North Korean, who had a reverse against the Indian in the Asian Championships last year and trying to attack right from the word go. But the Indian ducked and kept herself away from the reach of Kim.

Yet she managed to exchange a few blows which Mary countered well with a few right jabs and uppercuts. There was hardly any change in Kim’s strategy in the second as she charged at her opponent, landing a few blows but the Indian replied in the last minute of the round with a barrage of combination punches, including a powerful right.

In the third it went even until the last minute when Mary showed her range of punches with a close guard as Kim was getting aggressive. The last 20 seconds saw the Indian piling on her rival with another set of barrage for the 5:0 decisions.

“I had prepared well for the semifinals as I do even during my training sessions. Studying your opponent is important and with my experience, I have done it for so many years. In today’s bout I followed my strategy and increased the tempo towards the close of every round,” said Indian who has inspired women’s boxing in India. Incidentally, this will be the Olympic Medalist’s first world championship medal after 2010

For the final against Hanna, Mary said she would prepare yet again. “Though I have beaten her (Hanna) in Poland this year, I will definitely prepare well for the final. But I would need the prayer of all my fans; they have been fantastic and supporting me all along. I would need their prayer on Saturday, too,” added the Manipuri.

Lovlina, lacking in experience, managed to open up with a left jab and lad a few combination blows in the first but the Taipei girl showed better aggression despite the Indian maintaining a distance. Definitely, the former world junior and Youth Olympics (Nanjing) champion had the better exchanges of blows than the 21-year-old Assam girl.

“I tried my best and I thought I had my combination punches going. But then, my opponent (Chen) came back strongly in the last two rounds,” admitted the first-timer at the Worlds. Earlier Thailand’s Sudaporn Seesondee, who beat Korean Oh Yeonji in Light category, will take on Ireland’s Kellie Anne Harrington in the final. In the semifinals, the Irish won a unanimous points decision over Karina Ibragimova of Kazakhstan. The tall Kellie fought spiritedly to overpower the Kazakh, who had a nice flow of blows in the first and second. But in the third, it was the Irish boxer all the way, winning the judges’ opinion.

Also Read: Why Lovlina Borgohain is a part of the renaissance in Indian women’s boxing

Another Taipei girl and No. 2 seed Lin Yu-Tin defeated Kristy Lee Harris of Australia 5:0 in Bantam (54 kg) class and will have a gold medal showdown against top-seed Bulgarian Stoyka Petrova. The latter beat her Mongolian rival, Nandintsetseg Myagmardulam, getting a unanimous decision.

Tomorrow, two other Indians—Sonia Chahal and Simranjit Kaur—take to the rings for their semifinal bouts in 57 kg and 64 kg. Sonia meets Jo Son Hwa of North Korea while Smiranjit will box with Duo Dan of China. 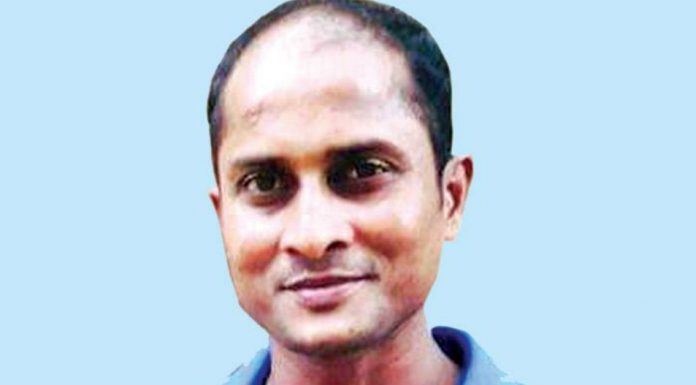