The Indian who dared to run ultramarathons across four deserts

Among the very few Indian runners, who have dared the daunting challenge of 4 Desert run is Sumanth Cidambi from Bangalore.

Running a regular marathon of 42 kilometres is by itself a test of human endurance, there are many who move further and run the ultramarathons that are for distances of 50 kilometres or more. Within this world of ultramarathon runners, there are those rare few who strive and push their physical limitations to the maximum. These are the runners who participate in the 4 Deserts Racing The Planet Ultramarathon Series, widely recognised by TIME magazine as one of the Top Ten global Endurance Events and the most prestigious outdoor footrace series in the world.

Not for the faint-hearted, the 4 Deserts are a series of races run in desert locations like the Sahara Race (Egypt/Jordan/Namibia), the Gobi March (China/Mongolia), the Atacama Crossing (Chile) and The Last Desert (Antarctica). Competitors in the races cover 250 kilometres (155 miles) in a span of six days over rough country terrain with only a place in a tent and water provided.

Among the very few Indian runners, who have dared the daunting challenge of Desert runs is Sumanth Cidambi from Bangalore, a Director with KKR (Kohlberg Kravis Roberts) India Financial Services. The Ultramarathon Desert Series brought about a life-changing experience for Sumanth when, in his early 30’s, started running, purely as an exercise to control his diabetic condition and obesity. As he now enters his 50’s as an outstanding Ultramarathon runner, Sumanth Cidambi traces his journey, which can serve as an inspiration to all of us.

“Running is a solitary sport. It allows you to be on your own with your thoughts and being an introvert, I gravitated to it. It was my diabetic condition, which I found out when I was 34, that got me into running as a cardiovascular exercise. It began with long walks and then I switch to short distances, later long distances, then I graduated to running the marathons and finally to running the ultramarathons, which has now become a part of my lifestyle,” says Sumanth.

The initial experiences in ultramarathons were not easy. Sumanth says:

So far, Sumanth has run 13 ultramarathon races and completed 11 of them, including six 250 km desert races, which he terms as his preferred choice. These gruelling races involve running 42 km every day for 4 days, followed by an 80 km run on the fifth day completing the remaining 5 or 6 km on the final day. Sumanth has run in the Atacama Desert in Chile, Patagonia Desert in Argentina, Gobi Desert in China and Mongolia, the Kalahari Desert in Africa and most recently, he ran in the Namib Desert. “I would rank my first ultramarathon in the Atacama Desert in Chile as the most memorable one as it gave me my first taste of 250 km run and I learnt what it takes to run an ultramarathon. Another run I cherish is the one I did in Gobi Desert in Mongolia,” adds Sumanth.

The preparations for an ultramarathon includes conditioning exercises bodyweight training, skipping and running with seven to eight kg loads in a backpack as the runner carries all his essential supplies on the run. “As a runner, I also study terrain, geography and elevation levels of the route,” says Sumanth. “Also, the runner needs to take proper precautions during the race. You need to check if your cardiovascular condition can take the stress, carry enough nutrients and liquids to ensure that there is enough carbohydrate and avoid dehydration. I also make sure that I sleep seven to eight hour after each day’s run in the campsites so that I am well rested and ready for the next day,” adds Sumanth.

In such brutal tests of endurance, the psychological barriers that the ultramarathon runner encounters, both in training and in the competition are often as demanding as the physical ones. To achieve success in the sport it is critical to stay mentally sound.

Sumanth, who was introduced to the working of the Flow state by Krishna Kumar, mentions that understanding and applying the concepts have helped him to be a much better runner. Elaborating on Flow, Sumanth says, “Flow is a state where you are totally engrossed in your task with body, mind and soul that allows you to concentrate and perform effortlessly as an athlete. When one reaches a Flow State, you feel stress-free and you are well focused and able to fully concentrate on the task at hand. In running, we have often heard a phrase called ‘Runners High’. Flow is several layers above Runners High. It is a Zen-like moment and hard to describe in words, one has to experience it.“

Training for the ultramarathon comes with its downsides. “It becomes an unwelcome visitor in your family life. The training and running takeaway the quality time that you wish to spend with your family and your family need to understand what you are doing and be supportive of your endeavour. I am grateful to my wife and son for their unstinted support ” says Sumanth.

He asserts that the time and money that he continues to invest in participating in running the ultramarathons is well worth the effort. “It has made me realise that I was a lot more physically capable than I thought. It taught me discipline, patience and helped me to respect my body more. I learnt not to be afraid of failure. Many times I have fallen on course, but it never deters me, I just get up and keep running,” signs off Sumanth.

In the wake of a nationwide lockdown to curb the spread of novel coronavirus, concerns have been raised about daily-wage earners being left without...
Read more
Coronavirus

World Football has ground to a halt due to the coronavirus pandemic, and the immediate concern is the simple survival of many clubs because...
Read more
News

Bhagat joins the likes of MC Mary Kom, PV Sindhu, Apurvi Chandela Neeraj Chopra, Manu Bhaker, Hima Das and others who have made contributions to fight the cause of COVID-19.
Read more
129,187FansLike
11,408FollowersFollow
6,963FollowersFollow 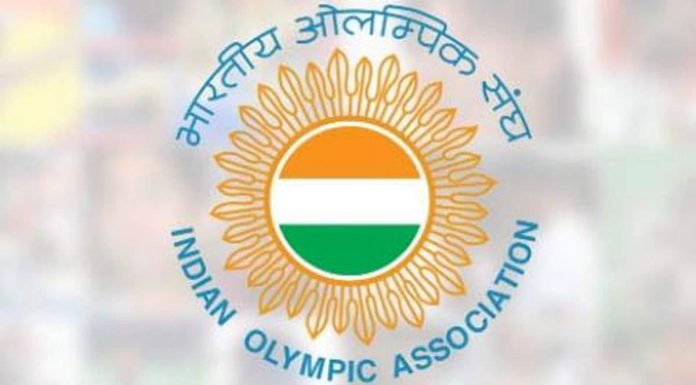