Gostho Pal's family urges to be shown a little more respect and acknowledgement for the great Gostho's feats, in the days to come. It is one thing to toy with emotions and it is definitely a worse thing to toy with the emotions of a community that has culturally and traditionally internalized the name of a club- Mohun Bagan and made it a part of their identity. Earnest football fans of Kolkata woke up to the news of Mohun Bagan selling off eighty per cent of its stake to the new club on the block- Atletico de Kolkata (ATK) and give birth to a new club which is to be known as the ATK-Mohun Bagan club. The response to the merger has been mixed and has stirred up a lot of debate but aside and away from all this, the family of legendary footballer Gostho Pal lets out a dejected sigh as they realize that Pal’s priceless awards which were given to the erstwhile Mohun Bagan club are now all lost and irreplaceable.

There have been many legends who have been associated with the existing oldest football association club in India and one of the oldest in Asia, but few could be held more responsible than Gostho Pal for lending the club its present-day prominence. For the ‘ideal’ Bengali, this name stirs up images of nostalgia and Pal’s name has long been synonymous with the greatness of the Mohun Bagan club. A part of the cultural heritage of the city of Kolkata, the club became the marker of one’s identity as die-hard fans swore over their allegiances and fidelity overheated discussions at the neighbourhood tea stall which brewed with Mohun Bagan- East Bengal tiffs.

Much attached to Bengali pride, Gostho Pal was one of the most iconic players in Indian football history and a Mohun Bagan legend and was one of the best defenders of contemporary Indian football and was revered as “Cheener Prachir” in Bengali, which stands as the “Great Wall of China”. Soon after, Pal was honoured with the captaincy of the Mohun Bagan football team, and he remained as the club captain for next five years. In 1924, he was also appointed as the captain of the Indian National football team and was the first Indian footballer to be honoured with the Padma Shri, on April 27, 1962. He passed away in 1976, and 16 years later, his son Nirangshu had donated all of Gostho’s laurels to add it to the Mohun Bagan trophy cabinet in August 1992, according to his late father’s wishes.

The story of this disappointment stems from some 27 years after this handover had taken place. Much to Nirangshu Pal’s surprise, the Mohun Bagan club slowly forgot and ignored the family of the legendary footballer. It was discovered that the trophies were not treasured by the club as it was expected to be and they had to undergo gross mishandling. After keeping the trophies in the club for long 27 years, Nirangshu had urged the club to return them. But when he was called by the club to take the honours back, to his surprise, he found that all the trophies and medals laid in a wretched condition, most of which had worn out. Several of the prizes were found missing; certificates were found torn by house rats, even the honorary Padma Shri award was found missing.

The Pal family has extensively tried to seek the attention of the club authorities but they were met in vain. Following this merger, all hopes have been lost for them. For the last 15-20 years, the ties have slackened between the Pal family and the club with nobody even visiting from Mohun Bagan’s side on the legend’s birthdays or involving the family in organizing remembrance programs. However, with the green-and-maroon club deciding to join forces with the new-born ATK, Pal’s son and grandson firmly believe that their hopes of getting back the Padma Shri are forever gone and they will be further forgotten by this new, modern-day club.

“The club may not want to respect my father anymore. But does that also mean that the supporters of this club will also refrain from taking responsibility for such misconduct by the club authorities?”, voiced Nirangshu in an interview with a reputed Bengali daily, the Anandabazar Patrika. Upon hearing of this merger, Nirangshu fails to remain totally unmoved as he said, “Whenever I hear the name Mohun Bagan, the memories of my father’s association with the club automatically makes the blood pulsate in my veins as tears roll down my eyes. It does not really matter whether this present club wins or loses, I am not bothered by that,” he has conveyed emotionally.

There is a lot of hidden anguish and pain that resides behind such mincing words directed towards the Mohun Bagan authorities. The Pal family has felt disrespected by them and no wonder, they are not excited about the ‘Boro’ (big) derby which will take place on 19th January 2020 and see the last clash between Mohun Bagan and East Bengal before the former changes its name and fortune for the foreseeable future. The Pal family believes that the fans and supporters should have intimated about the possibility of such a change before it was spelt out. Albeit the merger comes with its fair share of pros and cons, the necessity for change called for it. While the case of the missing Padma Shri remains at large and headlines focus on the new club, Pal’s family urges to be shown a little more respect and acknowledgement for the great Gostho’s feats, in the days to come.

Indian management for the upcoming T20 World Cup to be played in Australia has decided to go focus on their key strength, which is spin bowling.
Read more
Football

FC Goa beat Jamshedpur FC 5-0 at the JRD Tata Sports Complex in Jamshedpur on Wednesday to secure themselves the top spot in the Hero Indian Super...
Read more
Featured

Ever since the inception of poker, it is looked at as a game of luck. Terms like “it just wasn’t my day”,...
Read more
127,893FansLike
11,065FollowersFollow
6,555FollowersFollow 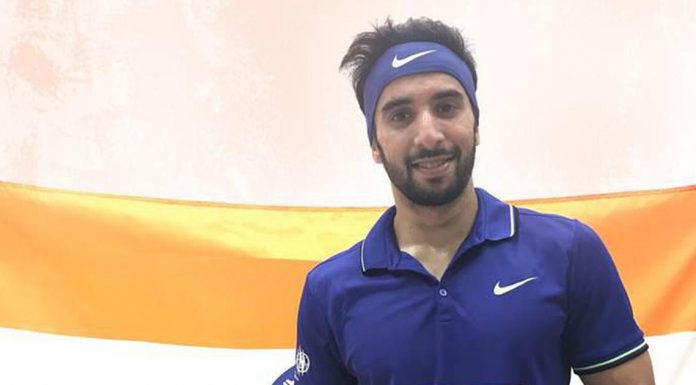 Sarah Waris - February 16, 2020
India's Vikram Malhotra won his 12th Professional Squash Association (PSA) title when he clinched the Men's Oregon Open Challenger Tour Event that was held in Portland from 11th February to 15th February 2020. With it, he also became the player with most...
Read more