The Evergreen Olive Branch That Is Sports

Over time, sports has functioned as excellent non-state actors strengthening the diplomatic, social, political and cultural relations among various nations across the globe. The opening and closing ceremonies of major events like World Cups, World Championships, and the Olympics is an excellent medium wherein the cultural diversities of a particular nation are promulgated on a global platform which, in the long run, has fostered a better sense of mutual cooperation and understanding between athletes and their nations at large. Various individual differences have often been kept aside as countries have decided to sign the ‘sports-peace-treaty’, if one may call it so. Players from rival nations have joined handed on the field and have exchanged jerseys after matches. Only recently in 2017, the international Cricket council had decided to send a team representing the World XI to Pakistan for a three-match T20 series against the Pakistan national after an eight-year-long hiatus which finally broke the deadlock and allowed the Pakistan Cricket Board to host international matches again, after initially disallowing them to do the same following the unfortunate incident that took place in 2009, when the Sri Lankan team bus was attacked. The aforementioned event also marked the 70th anniversary of partition and was hence known as the Independence Cup. Thus events like these have significantly improved bilateral relationships between countries and still continue to do so.

Winter games have often been hailed as one of the biggest contributors to sports diplomacy and for obvious reasons as well. Going down memory lane, in 1936, Adolf Hitler had used Olympics as a medium to strengthen the patriotic fervour and unity among German youth. He was party successful in banning the Jews and the gypsies, thus effectively ‘weeding them out’ of the game. However even though Germany managed the first podium finish, the African Jesse Owens, sent across a strong message to the entire world community at large, by winning the 100m, 200m, 4x 100m relay and the long jump events, completely thrashing the popular belief and establishing that the Africans were by no means inferior to their White counterparts. One of the major victories of sports diplomacy perhaps was the abolishment of Apartheid to a certain extent and refurbishment of the social structure in South Africa. Sports diplomacy has also been instrumental in relieving the political tension between the United States and China by dint of what is commonly known as the Ping-Pong democracy in 1971. It has also created an atmosphere of detente in countries like the USSR and Canada via the ice-hockey diplomacy in 1972 and between Cuba and the United States through the baseball diplomacy.

Indians have also enjoyed the rewards of the seeds planted by sports diplomacy. Indians have always been a football frenzy nation but have experienced a topsy-turvy ride when it came to replicating that passion into performances at the international stage. After managing to qualify for the 1952 Football World Cup they were not allowed to participate in the tournament since they were without proper football gears and equipment. The weight of failing a billion dreams and expectations was a massive setback as the Indian Football team could barely manage anything significant over the next 60 years or so. Then in 2014, with the advent of Indian Super League, it was as if the dormant Phoenix was rejuvenated and given new wings to fly. The Indian Super League came as a beacon of hope for the football fanatics of the country and they started envisioning the impossible again ‘ the hope of making it to the 2022 Football World Cup at Qatar. Having played alongside some of the biggest names in international football and under the supervision of head coach Steven Constantine, the Blue Tigers made a mammoth stride in the FIFA rankings, as they went up more than 50 ratings to feature in the top 100 teams for the first time in more than two decades. Their doughty spirit was the very reason for their huge 11 matches unbeaten streak after managing to comprehensively beat most of the teams and qualify for the Asian Championships. They also successfully hosted the U17 FIFA World Cup which will go down in the history as one of the major milestones for underdogs like them. The nation is now preparing for the next big thing ‘ the U20 FIFA World Cup. With the emergence of Indian Super league and foreign players coming to India and playing alongside the local players, not only has India received the much-awaited recognition in football, but the involvement of eminent celebrities and business tycoons in the game has ensured a holistic economic development of the country.

Taking this a step further, the Australian government has decided to join hands with the Indian government and take up sports as a platform to resolve bilateral issues and promote a symbiotic and mutual development in the aforementioned field. Australia will help India widen its sporting aura and Indian students will be trained in the universities of Victoria and Canberra in various technological aspects. The Dennis Lillee MRF pace foundation in 1987 and Steve Waugh’s painstaking benevolent work to develop Indian cricket have transcended to a whole new level. There is now a gradual shift of focus from cricket to football as the Australian Football League is considering a venture in India. It is expected that the venture will be attended by Australian business bigwigs and their Indian counterparts and one can expect a burgeoning progress in bilateral trade as a direct consequence of this.

Whatever be the outcome of the ventures, one thing is for certain, diplomacy through sports can definitely help reduce the so-called ‘cold wars’ in between nations and foster a spirit of fraternity thereby culminating in the economic, social and cultural growth between two estranged nations. 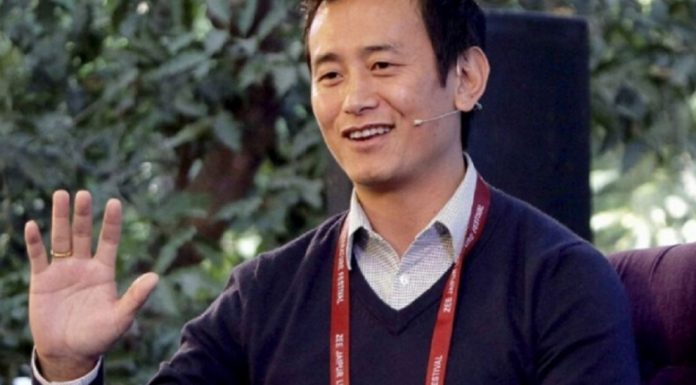 Press Trust of India - Modified date: March 30, 2020
The campaign carries the message of solidarity in these challenging times and promotes the guidelines put in place by WHO to practice good personal hygiene, social distancing and where enforced, respecting the #StayAtHome rules.
Read more